RIO DE JANEIRO, Dec 30 2015 (IPS) - As 2015 approaches its end, Brazilians live a period of extraordinary uncertainty. The recession seems to get worse by the day. Inflation is high and shows unexpected resistance to tight monetary policies applied by the Central Bank. The sluggish international economy has largely neutralized incentive and the strong devaluation of the domestic currency could represent a reality to exporters and to producers who compete with now more expensive imports. After an initial resistance, employment levels began to fall. 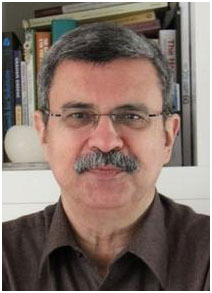 All this, however, is not just a “normal” recession. It takes place against a background of a major corruption scandal, which has all but paralyzed investment by major firms, like Petrobras. It also raises the concrete possibility of seeing political figures such as the president of the Federal Chamber of Deputies go to jail. The government leader at the Federal Senate is already in jail, as are many former authorities in President Luíz Inácio -Lula- da Silva’s administration (2000-2011). Hardly a day goes by without any news about new scandals or arrests of authorities and businessmen. On top of it all, in the early days of December, the embattled president of the Chamber of Deputies accepted a request to open impeachment proceedings against President Dilma Rousseff for alleged violations of the Fiscal Responsibility Act.

Any subset of that list of events would be enough to generate widespread instability. All of them put together created a hitherto unheard of situation of political and economic crisis of which one has to make extraordinary efforts to see any way out.

Impeachment procedures against the president did not come out of the blue. The revelation of the Petrobras scandal has brewed rumors and suspicions, if not against the president herself, certainly against many of those who surround, or have surrounded, her (she is a former minister of energy in Lula’s government and a former chairman of the administration council of Petrobras.) So far, however, no accusations or evidence emerged against Rousseff. In fact, she does not even seem to be a major target of investigators, who seem to be zeroing in on Lula (and his immediate family.) The piece of accusation justifying the opening of impeachment proceedings relies on the use of accounting artifices to violate the constraints on public expenditure imposed by the Fiscal Responsibility Act, which a majority of opinion makers seem to consider too weak a case to sustain an impeachment. What makes the whole process more menacing is in fact her acute political fragility. Rousseff is universally seen as Lula’s creation, but never really relinquished his power over the party and the coalition it led.

Soon after Rousseff was reelected in November 2014, she announced a radical change of orientation in her administration’s economic policies. Austerity policies, cutting expenditures and raising taxes, seemed to be unavoidable in the face of the increased federal expenditure made to ensure her victory in the presidential elections.

The incumbent president repeatedly stated during the campaign that she rejected those policies, only to announce their implementation a few days after the result of the popular vote became known. Despite the apparent support of Lula, the change in orientation was badly received by the official Workers Party (PT), which grudgingly announced support for her, but conditioning it to a change in macroeconomic policies.

The party seemed to ignore the fact that during 2014, the increase in fiscal deficits failed to have any expansionary impact on the economy, which did not grow at all. The perception that the president had no political support of her own, however, stimulated her adversaries to aggressively advance proposals for her impeachment, based on whatever reason one could find, or the annulment of the election itself, or if nothing else worked, to force her to resign. With an aggressive opposition and unable to count on a supporting political base, the government was paralyzed for the whole year.

No relevant austerity measure has obtained Congress’ approval. Despite the effort of leftist parties to blame the pro-austerity Finance Minister Joaquim Levy for the contraction of the economy, it is impossible to ignore the fact that the failed attempts to get the proposed policies approved by Congress just made explicit the lack of political power that characterized Rousseff’s position. The impasse created by the inexistence of an effective government in the face of an aggressive opposition led decision-makers to postpone any but the most immediate decisions. Investment has fallen, workers have been fired in increasing numbers, consumption has been negatively impacted, etc.

The political crisis has transformed an expected recession into something that threatens to become a major depression, both in depth and duration. The situation is made more difficult by the difficulty to visualize any sustainable solution for the crises in the mediate horizon, let alone the coming months. If the impeachment process prospers, one could expect for sure increased political instability as a result, on the one hand, of attempts by PT and the social movements that are close to it to react somehow, and, on the other, by the fact that there is no organized opposition ready to take the place of the current administration. If the impeachment initiative is defeated, the problem remains that the president does not have any vision or power and it is overwhelmingly difficult to imagine how she could recover enough initiative to last the three remaining years of her term in office.

Paraphrasing the late historian Eric Hobsbawn, who observed that the Twentieth Century had been very short (beginning in 1914 and ending in 1991), 2015 may be a long year for Brazilians. The incompressible minimal duration of an impeachment process will take it to 2016, when the social situation may be more tense than it is now, with high inflation and increasing unemployment. If a national agreement of some sort, be it in terms of allowing Rousseff’s government to work or by removing it altogether, is not reached to avoid the worse, 2015 can last even longer. The country may dive into an unknown abyss of a combination of economic, political and social crises of which it is hard to see how, when and in what conditions it will recover.