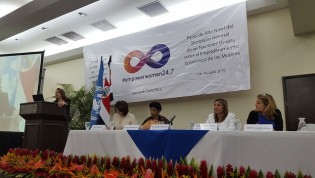 By Isaiah Esipisu
Three years ago, the residents of the semi-arid Yatta district in Kenya’s Eastern Province lived on food aid due to dwindling crops of maize that could not thrive because of the decreased rainfall in the area. That was until a local bishop, trying to find ways to prevent mothers from forcing their teenage daughters into prostitution, changed everything.
Next Page »
ADVERTISEMENT ADVERTISEMENT