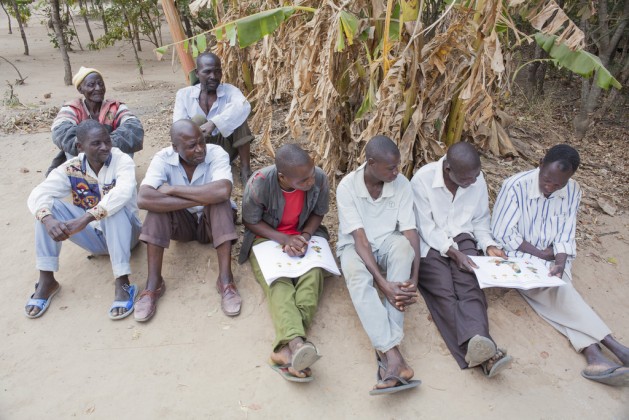 Subsistence-oriented small-scale agriculture is often not the preferred choice of work for many young Africans. Photo credit: FAO

JOHANNESBURG, Mar 27 2015 (IPS) - Over half of the African continent’s population is below the age of 25 and approximately 11 million young Africans are expected to enter the labour market every year for the next decade, say experts.

Despite strong economic growth in many African countries, wage employment is limited and agriculture and agri-business continue to provide income and employment for over 60 percent of sub-Saharan Africa’s population.

However, laborious, subsistence-oriented small-scale agriculture is often not the preferred choice of work for many young people.

In an effort to reap this demographic dividend and attract young people into the agri-food sector, the New Partnership for Africa’s Development (NEPAD) and the Food and Agriculture Organization of the United Nations (FAO) have launched a four-year project to create decent employment opportunities for young women and men in rural areas.

Speaking at the project signing ceremony on Mar. 25, NEPAD’s chief executive officer, Dr Ibrahim Assane Mayaki, said: “The collaboration between NEPAD and FAO will go a long way in ensuring that the youth, Africa’s future, are not forgotten.

“It is by creating an economic environment that stimulates initiatives – particularly by conducting transparent and foreseeable policies – and at the same time by regulating the market in order to deal with market failures that we will attain results and impact through the new thrust given to our farmers, entrepreneurs and youth.”

The project – which is expected to see over 100, 000 young men and women benefit in rural Benin, Cameroon, Malawi and Niger – is anchored in the Rural Futures Programme of NEPAD, which is centred on rural transformation in which equity and inclusiveness allow rural men and women to develop their potential.

FAO Assistant Director General for Africa Bukar Tijani said that the project “marks an important milestone in moving forward and upward in terms of empowering youth in these four countries – especially women, as 2015 is the African Union’s Year of Women’s Empowerment.”

The project is seen as part of a drive to stimulate the agriculture and agri-business sectors into becoming more modern, profitable and efficient, and capable of providing decent employment opportunities for Africa’s young labour force.

In 2012, the African Union Commission, NEPAD Agency, the Lula Institute and FAO formed a partnership aimed at ending hunger on the continent. A year later, the four partners organised a high-level meeting of ministers in Addis Ababa, Ethiopia, leading to a declaration to end hunger and a road map for implementation.

This declaration was subsequently endorsed at the 2014 African Union summit in Malabo, Equatorial Guinea, and incorporated into the Malabo Declaration on Accelerated Agricultural Growth and Transformation for Shared Prosperity and Improved Livelihoods as the “Commitment to Ending Hunger in Africa by 2025”.