The Humanitarian Clock Is Ticking, The Powerful Feign Deafness 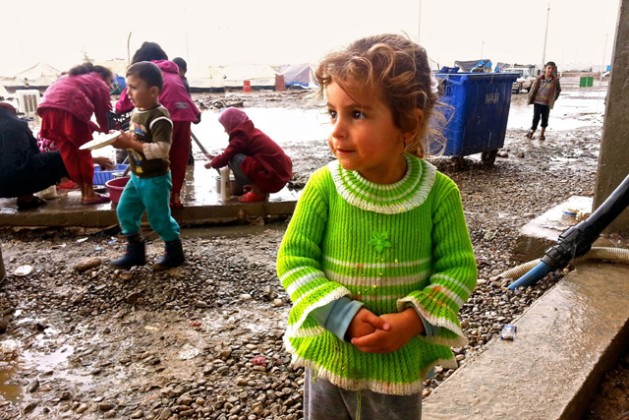 Among the issues discussed was how the humanitarian sector could improve protection of civilians from violence. Jan Egelend, who heads the Norwegian Refugee Council and is also the Special Advisor to Staffan de Mistura, the UN Special Envoy for Syria, said that the international community needs to “blacklist” any group or Government that bombs civilians and civilian targets. Pictured, Baharka IDP camp in northern Iraq. Photo: OCHA/Brandon Bateman

ROME, May 26 2016 (IPS) - The humanitarian clock is now ticking away faster than ever, with over 130 million of the world’s most vulnerable people in dire need of assistance. But the most powerful, richest countries—those who have largely contributed to manufacturing it and can therefore stop it, continue to pretend not hearing nor seeing the signals.

The World Humanitarian Summit (Istanbul, May 23-24) represented an unprecedented effort by all United Nations bodies who, along with member countries, hundreds of non-governmental aid organisations, and the most concerned stakeholders, conducted a three-year long consultation process involving over 23,000 stakeholders, that converged in Istanbul to portray the real½ current human drama.

Led by the UN, they put on the table a “Grand Bargain” that aims to get more resources into the hands of people who most need them, those who are victims of crises that they have not caused. The WHS also managed to gather unanimous support to Five Core Responsibilities that will help alleviate human suffering and contribute to preventing and even ending it.

Around 9,000 participants from 173 countries, including 55 heads of state or government, and hundreds of key stakeholders attending the Summit, have unanimously cautioned against the current growing human-made crises, while launching strong appeals for action to prevent such a “humanitarian bomb” from detonating anytime soon.

In spite of all that, the top leaders of the Group of the seven most industrialised countries (G 7), and of the five permanent members of the UN Security Council, have all stayed away from this first-ever Humanitarian Summit, limiting their presence to delegations with lower ranking officials. 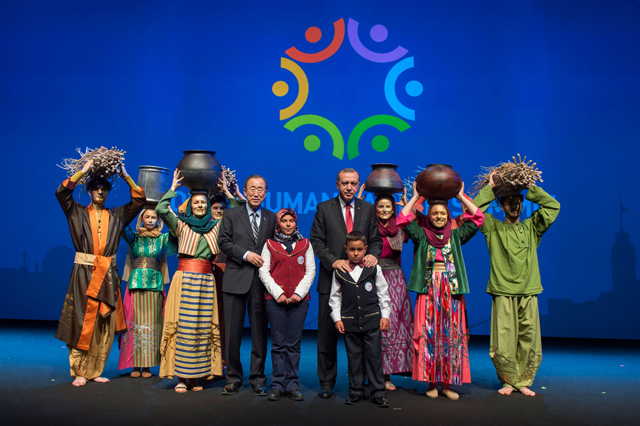 Secretary-General Ban Ki-moon and Turkish President Recep Tayyip Erdogan hailed the Summit as a “turning point” that has “set a new course” in humanitarian aid. “We have the wealth, knowledge and awareness to take better care of one another,” Ban said. Photo: UNOCHA

Although several UN officials reiterated that it was not about a pledging conference but the fact is that massive funds are badly needed to start alleviating the present human suffering which, if allowed to grow exponentially as feared, would cause a human drama of incalculable consequences.

The notable absence of the top decision-makers of the most powerful and richest countries sent a strong negative signal with a frustrating impact on the humongous efforts the UN has displayed to prepare for the Istanbul Summit and mobilise the world’s human conscious– let alone the millions of the most vulnerable who are prey to human dramas they are not responsible for creating.

In fact, most of world’s refugee flows are direct results of wars not only in Afghanistan and Iraq—both subject to vast military operations by coalitions led by the biggest Western powers (G 7), but also a result of on-going armed conflicts in Yemen (also with the support of the US and Europe), and Syria where the Security Council permanent member states, except China, have been proving weapons to the parties involved in this long six-year war.

Other victims of the current humanitarian drama are “climate refugees”, those who flee death caused by unprecedented droughts, floods and other disasters resulting from climate change, which is largely caused by the most industrialised countries.

The sole exception was German chancellor Angela Merkel who addressed the Summit, though she reportedly went to Istanbul to meet Turkish president Recep Tayyib Erdogan to try to alleviate the growing tensions between Ankara and the European Union, who accuse each other of not fulfilling the refugee deportation deal they sealed in March.

In fact, the EU-Ankara deal is about deporting to Turkey all asylum seekers and also migrants arriving in Europe mainly through Turkish borders, once the European Union announced last year its readiness to host them but decided later½ to flinch. In simple words, the deal simply transforms Turkey into a huge â€œdeposit” of millions fleeing wars and other human-made disasters.

In exchange, Ankara should receive from the EU 3 billion euro a year to help shelter and feed the 3 million refugees who are already there. The EU also promised to authorise the entry of Turkish citizens to its member countries without visa.

At a press briefing at the end of the Summit, Erdogan launched veiled warnings to the EU that if this bloc does not implement its part of the refugees deal, the Turkish Parliament may not ratify it.

In other words, Turkey would not only stop admitting “returnees”, i.e. refugees repatriated by Europe, but would even open its borders for them—and other millions to come and go to EU countries. The “human bomb” is therefore ticking at the very doors of Europe.

That said, the Istanbul Summit has set us on a new course. “It is not an end point, but a turning point,” said the UN secretary general Ban Ki-moon at the closing session.

Governments, people affected by crisis, non-governmental organisations, the private sector, UN agencies and other partners came together and expressed their support for the Agenda for Humanity, and its five Core Responsibilities, Ban added.

“Implementing this agenda is a necessity, if we are to enable people to live in dignity and prosperity, and fulfil the promise of last year’s landmark agreements on the Sustainable Development Agenda and Climate Change.”

Ban stressed that humanitarian and development partners agreed on a new way of working aimed at reducing the need for humanitarian action by investing in resilient communities and stable societies.

Aid agencies and donor governments committed to a ‘Grand Bargain’ that will get more resources into the hands of people who need them, at the local and national level, said Ban. 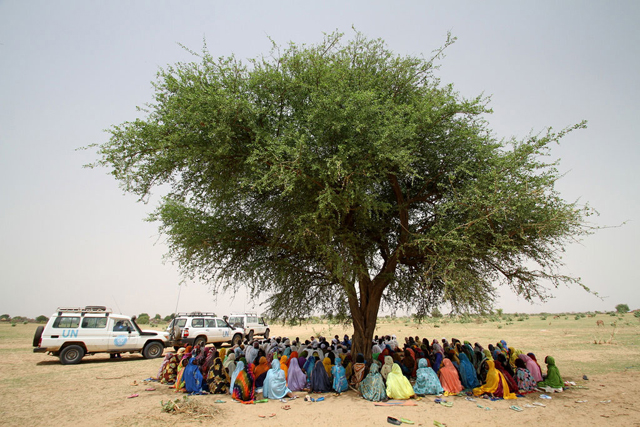 Unfortunately, when funding is sparse, the UN and partners have to reprioritize preventive and resilience-building actions to aid emergencies. In Sudan, women line up to receive food at the Tawilla site for newly arrived internally displaced persons (IDPs) fleeing Jebel Marra in Darfur. Assisting those urgent needs meant less funding for a nutrition project in Khartoum. Photo: OCHA

“And Governments committed to do more to prevent conflict and build peace, to uphold international humanitarian law, and live up to the promise of the Charter of the UN, he added. “I hope all member states will work at the highest level to find the political solutions that are so vital to reduce humanitarian needs around the world.”

According to Ban, ”Together, we launched a ground-breaking charter that places people with disabilities at the heart of humanitarian decision-making; a platform on young people in crises; and commitments to uphold the rights of women and girls in emergencies and protect them from gender-based violence.”

Ban also announced that in September this year he will report to the UN General Assembly on the Summit’s achievements, and will propose “ways to take our commitments forward through intergovernmental processes, inter-agency forums and other mechanisms.”

The WHS Chair’s Summary: Standing up for Humanity: Committing to Action issued at the end of the Summit states that “civil strife and conflicts are driving suffering and humanitarian need to unprecedented levels and serious violations of international humanitarian law and abuses of international human rights law continue on an alarming scale with entire populations left without essential supplies they desperately need.”

It adds that natural disasters, exacerbated by the effects of climate change, are affecting greater numbers of women, men and children than ever before, eroding development gains and jeopardising the stability of entire countries.

“At the same time we have been unable to generate the resources to cope with these alarming trends, and there is a need for more direct predictable humanitarian financing,” the statement warns.

“The Summit has brought to the forefront of global attention the scale of the changes required if we are to address the magnitude of challenges before us. The participants have made it emphatically clear that humanitarian assistance alone can neither adequately address nor sustainably reduce the needs of over 130 million of the world’s most vulnerable people.”

A new and coherent approach is required based on addressing root causes, increasing political diplomacy for prevention and conflict resolution, and bringing humanitarian, development and
peace-building efforts together, it adds.

“Global leaders recognized the centrality of political will to effectively prevent and end conflicts, to address root causes and to reduce fragility and strengthen good governance. Preventing and resolving conflicts would be the biggest difference leaders could make to reduce overwhelming humanitarian needs. Humanitarian action cannot be a substitute for political action.”