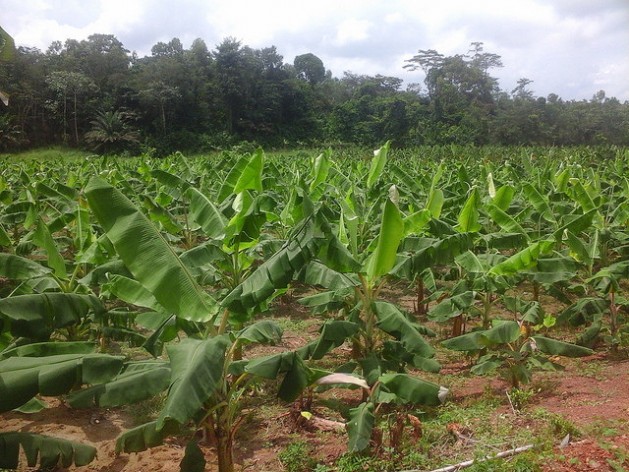 ABIDJAN, Cote d'Ivoire, Jul 18 2016 (IPS) - Albert Kanga Azaguie no longer considers himself a smallholder farmer. By learning and monitoring the supply and demand value chains of one of the country’s staple crops, plantain (similar to bananas), Kanga ventured into off-season production to sell his produce at relatively higher prices.

“I am now a big farmer. The logic is simple: I deal in off-season plantain. When there is almost nothing on the market, mine is ready and therefore sells at a higher price,” says Kanga, who owns a 15 Ha plantain farm 30 kilometres from Abidjan, the Ivorian capital.

Harvesting 12 tonnes on average per hectare, Kanga is one of a few farmers re-writing the African story on agriculture, defying the common tale of a poor, hungry and food-insecure region with more than 232 million undernourished people – approximately one in four. 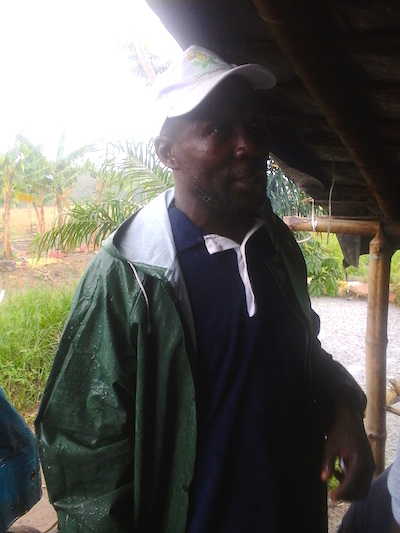 With an estimated food import bill valued at 35.4 billion dollars in 2015, experts consider this scenario ironic because of Africa’s potential, boasting 60 percent of the world’s unused arable land, and where 60 percent of the workforce is employed in agriculture, accounting for roughly a third of the continent’s GDP.

The question is why? Several reasons emerge which include structural challenges rooted in poor infrastructure, governance and weak market value chains and institutions, resulting in low productivity. Additionally, women, who form the backbone of agricultural labour, are systematically discriminated against in terms of land ownership and other incentives such as credit and inputs, limiting their opportunities to benefit from agricultural value chains.

Khan believes Africa may not be able to achieve food security, let alone sovereignty, if women remain marginalised in terms of land rights, and the World Bank Agenda for Global Food System sourcebook supports the ‘closing the gender gap’ argument.

According to the sourcebook, ensuring that women have the same access to assets, inputs, and services in agriculture as men could increase women’s yields on farms by 20-30 percent and potentially reduce the number of hungry people by 12-17 percent.

But empowering women is just one of the key pieces to the puzzle. According to the African Development Bank’s Feeding Africa agenda, number two on its agenda is dealing with deep-seated structural challenges, requiring ambition and investments.

According to the Bank’s analysis, transforming agricultural value chains would require approximately 280-340 billion dollars over the next decade, and this would likely create new markets worth 55-65 billion dollars per year by 2025. And the AfDB envisages quadrupling its investments from a current annual average of US 612 million to about 2.4 billion dollars to achieve this ambition.

“Our goal is clear: achieve food self-sufficiency for Africa in 10 years, eliminate malnutrition and hunger and move Africa to the top of agricultural value chains, and accelerate access to water and sanitation,” said Akinwumi Adesina, the AfDB Group President at the 2016 Annual Meetings, highlighting that the major focus of the bank’s “Feed Africa” agenda, is transforming agriculture into a business for farmers.

But even with this ambitious goal, and the colossal financial resources on the table, the how question remains critical. Through its strategy, the Bank sets to use agriculture as a starting point for industrialisation through multi-sectoral interventions in infrastructure, intensive use of agro inputs, mechanisation, enhanced access to credit and improved land tenure systems.

Notwithstanding these well tabulated interventions, there are trade-offs required to create a balance in either system considering the climate change challenge already causing havoc in the agriculture sector. The two schools of thought for agriculture development—Intensification (more yields per unit through intensive agronomical practices) and Extensification (bringing more land under cultivation), require a right balance.

“Agriculture matters for Africa’s development, it is the single largest source of income, food and market security, and it is also the single largest source of jobs. Yet, agriculture faces some enormous challenges, the most urgent being climate change and the sector is called to act. But there are trade-offs to either approaches of up-scaling. For example, extensification entails cutting more forests and in some cases, displacing people—both of which have a negative impact on Agriculture’s role to climate change mitigation,” says Sarwatt Hussein, Head of Communications at World Bank’s Agriculture Global Practice.

And this is a point that Ivorian Minister of Agriculture and Rural Development, Mamadou Coulibaly Sangafowa, stresses regarding Agricultural investments in Africa. “The emphasis is that agricultural investments should be climate-sensitive to unlock the opportunities especially for young Africans, and stop them from crossing the Mediterranean seeking economic opportunities elsewhere,” he said.

Coulibaly, who is also president of the African conference of Agricultural Ministers, identifies the need to improve specialised agricultural communication, without which farmers would continue working in the dark. “Farmers need information about latest technologies but it is not getting to them when they need it the most,” he said, highlighting the existing information gap, which the World Bank and the African Media Initiative (AMI) have also noted regarding media coverage of Agriculture in Africa.

While agriculture accounts for well over 60 percent of national economic activity and revenue in Africa, the sector gets a disproportionately small amount of media coverage, contributing less than 10 percent to the national economic and political discourse. And this underreporting has resulted not only in limited public knowledge of what actually goes on in the sector, but also in general, misconceptions about its place in the national and regional economy, notes the AMI-World bank analysis.

Whichever route Africa uses to achieve the overall target of feeding itself and be a net food exporter by 2025, Ivorian farmer, Albert Kanga has already started the journey—thanks to the World Bank supported West Africa Agricultural Productivity Programme-WAAPP, which introduced him to off-season production techniques.

According to Abdoulaye Toure, lead agro-economist at the World Bank, the WAAPP initiative which started in 2007 has changed the face of agriculture in the region. “When we started in 2007, there was a huge food deficit gap in West Africa, with productivity at around 20 percent, but it is now at 30 percent, and two similar programmes in Eastern and Southern Africa, have been launched as a result,” said Toure.

Some of the key elements of the programme include research, training of young scientists to replace the older generation, and dissemination of improved technologies to farmers. With in-country cluster research stations set up based on a particular country’s potential, there is improved information sharing on best practices.

“With new varieties introduced and off-season irrigation techniques through WAAPP, I am now an example,” says Farmer Kanga, who does not only supply to big supermarkets, but also exports to international markets such as Italy.

He recalls how he started the farm named after his late brother, Dougba, and wishes “he was alive to see how successful it has become.”

The feed Africa agenda targets to feed 150 million, and lift 100 million people out of poverty by 2025. But is it an achievable dream? Farmer Kanga is already showing that it is doable.