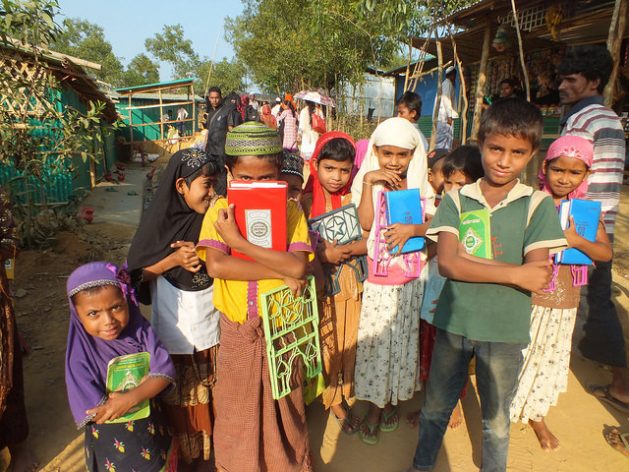 Already traumatized by the extreme violence she and her family suffered in Buthidaung district in Myanmar, Mariam now faces fresh agony.

"There are agents looking for opportunities around the clock to lure and smuggle out the children." --Sarwar Chowdhury, Ukhia upazila chairman

“With God’s blessings I was able to reach this camp in Kutupalong alive. But where is my safety here when I have a child lost?” asks the mother of three small children.

Faria Islam Jeba*, a mother of four, also expressed fears when this correspondent approached a group of women in Kutupalong camp. It is the biggest of more than 30 refugee camps scattered across a 35 km stretch of land between Teknaf and Ukhia, two of the small towns in southern Cox’s Bazar where Rohingya refugees are still pouring in every day by the thousands from neighbouring Myanmar.

Jeba experienced rapes and beatings in Myanmar. She says her brothers were shot by Burmese security forces. But Bangladesh isn’t the safe haven she’d hoped for.

“I feel so scared, especially at night when it is dark all around. The hilly terrain and the meandering, muddy roads here make it hard to keep watch on my children when they go out.”

Mariam and Jeba are among many young single mothers who say they lost children inside the camps. The disappearances have been documented by the government and the aid agencies working in the crowded camps.

Over 1,000 children, mostly young girls under aged less than 18 years, have gone missing since the influx of refugees reached its height in late August. Many are believed to have been smuggled out to other parts of the country by human traffickers. Others might have been taken abroad.

Ali Hossain, Cox’s Bazar district commissioner who is supervising all activities in the camps under his command, told IPS, “In last three months we have punished 550 such alleged criminals who were caught red-handed while attempting to traffic children from the camps.”

“It is difficult policing [criminal activity] considering the sheer vastness of the camps. Many of the traffickers enter the camps in the guise of volunteer relief workers [and] they get easy access this way.”

To prevent fake relief workers from getting in, the administration recently introduced registration of all humanitarian organizations.

Still, the unaccompanied Rohingya children badly require protection in an organized manner. Only a fraction of the estimated 500,000 children attend religious schools (madrasas) instead of formal schools. Most are very vulnerable to trafficking as they have no guardians.

“What they [children] need is a ‘safe’ shelter, not just a physical bamboo shed shelter to live in. There are agents looking for opportunities around the clock to lure and smuggle out the children. So, basically they need caretakers and a mechanism to monitor their presence,” said Sarwar Chowdhury, Ukhia upazila chairman. 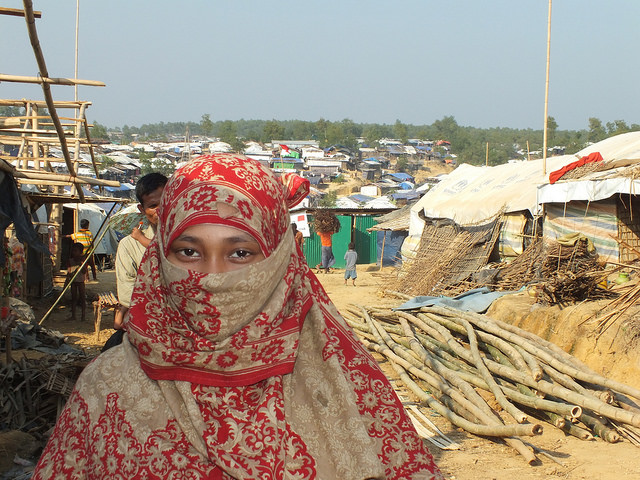 Rohingya refugees are very poor and have had no formal education. “I don’t know who to talk to about the pain in my abdomen,” says a woman named Rina in a soft, broken voice. She came from a village in Buthidaung.

The most common problems women cited were lack of security, privacy and leadership for the refugees. The overwhelming majority are women who have no organized voice in the camps.

Nilima Begum from Maundaw district in Myanmar says, “While in Myanmar we never had any healthcare. We don’t even know what is a hospital or school, as we were highly restricted from moving around even within our own community.”

Amran Mahzan, Executive Director of MERCY Malaysia, an international aid agency working in the camps since a long time, told IPS, “The most common complaint we get from the traumatized women is malnourishment, followed by pregnancy-related complications.”

“The number of pregnant women is very high, and they have poor knowledge of nutrition or pre or post-natal care. Our doctors are continuously providing advice to women on maternity care and safe delivery, but with language and cultural differences being barriers, the level is compliance remains to be seen.”

There are 18,000 pregnant women waiting to deliver and thousands more who may not yet have been identified and registered for healthcare.

The United Nations Population Fund (UNFPA) is now at the forefront of addressing some of the challenges of emergency reproductive healthcare.

She adds, “Mapping out specific areas where women and adolescent girls feel unsafe in talking to them directly will allow the community to then target these areas more effectively and establish a protective presence to prevent further risks.”

Mahmuda, Mental Health Programme Associate of United Nations High Commissioner for Refugees (UNHCR) told IPS, “The biggest challenge in dealing with the women is the need for stress management which I think should be the priority. It is now a question of survival and psycho-social counseling already given to over 3000 women in the past three months shows the positive impact.”

Mahmuda, a psychiatrist leading a small team in Kutupalong camp, says, “The women are emotionally numb. Atrocities for Rohingy refugees are nothing new, even the recent ones. They have been exposed to such violence for years and so they continue to suffer from such psychological distress.”

The camps are gradually setting up Child-Safe Spaces for children to play and learn, as well as dedicated services for women. Privacy is an issue in the cramped and overcrowded camps.

Separate examining rooms and private consultation spaces where women can relate their health problems to doctors are also in place, though more are needed.

Dignity and safety are key as many of the women are pregnant as a result of rape and cannot speak up for fear of being stigmatized by others. Many international agencies working in the camps are considering recruiting more female health care professionals.

The challenge is colossal, with over million refugees from Myanmar’s Rakhine State, dubbed the ‘fastest growing humanitarian refugee crisis in the world’.

So far, only 34 percent of the 434 million dollars pledged has been disbursed. One in four children is malnourished, and vaccination against communicable diseases and safe water are urgently needed.