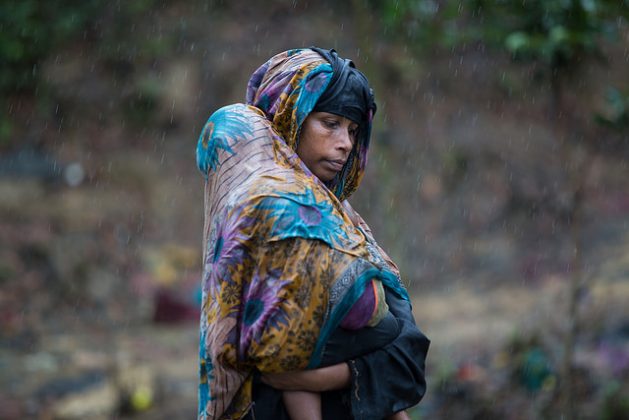 COX'S BAZAR, Bangladesh, Dec 8 2017 (IPS) - Under pouring rain, hundreds of young and expectant mothers stand in line. With her bare feet and the bottom of her dress covered in mud, Rashida is one of them, clutching her emaciated infant. She lost her husband on the treacherous trek from Myanmar to Bangladesh, and with nowhere to go and her resources exhausted, rain-drenched and standing in this long, muddy line for food and medicine for her child is her only hope. 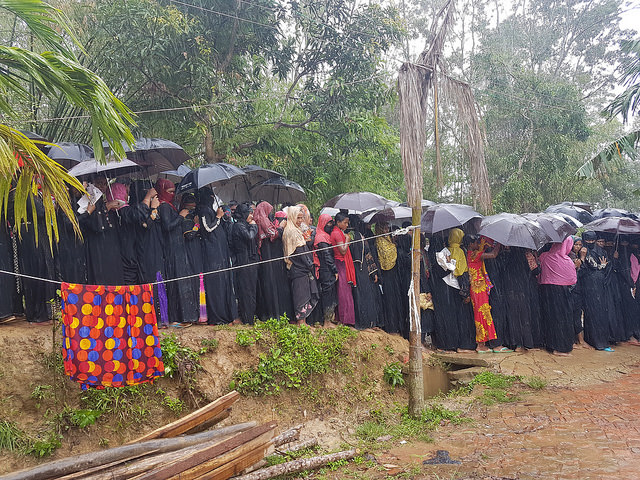 Following the recent brutal campaign unleashed against the Rohingyas by the Myanmar military, over half a million refugees came to Bangladesh since August 2017, and more are arriving every day. The United Nations Population Fund (UNFPA) estimates that there are nearly 150,000 newly arrived women of reproductive age (15-49 years), and according to the Inter Sector Coordination Group’s September 2017 Situation Report on the crisis, there are over 50,000 pregnant and breastfeeding mothers among the new arrivals in Bangladesh who require targeted food and medical assistance.

“We collaborate with some groups and help refugees living in the camp areas where there is a shortage of medical supplies,” said Andrew Day, who has been advocating for refugees for the past two years in Bangladesh. “They don’t have the means to see a doctor.”

While small scale interventions are being taken by development organizations to supplement hospitals, such the placement of 35 midwives trained by UNFPA in two camps, hospitals are underfunded, overcrowded and struggling to provide care to the burgeoning pregnant refugee population and thousands of newborns. 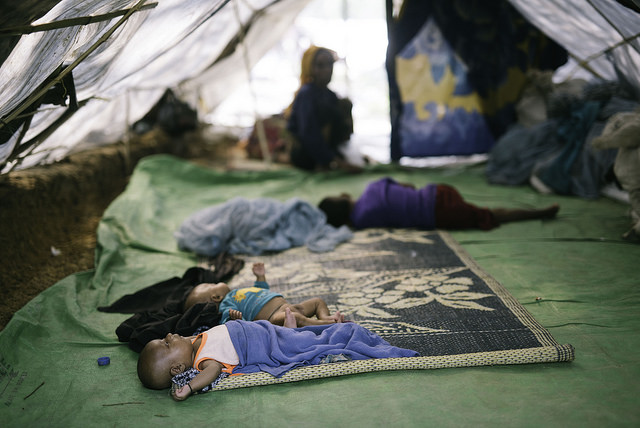 Early marriage and high birth rates are prevalent among the Rohingya community. According to a flash report on mixed movements in South Asia by the Office of the UN High Commissioner for Human Rights (OHCHR), a majority of the refugees were married young (at 16 or 17) and gave birth at an average age of 18.

In a Rapid Gender Analysis assessment conducted by Care in Balukhali Makeshift Camp at Cox’s Bazar, it was found that many female respondents between the ages of 13 and 20 years had children and others are currently pregnant.
The assessment uncovered that knowledge and practice of birth control was nonexistent or very limited among the Rohingya refugees, and religious sentiment was a strong factor contributing to the emphasis placed on pregnancy and the aversion to contraceptives.

“It (pregnancy) is God’s wish” said Jainul whose wife was expecting their sixth child. “God will help me feed the children,” he added. His wife echoed this belief.

According to locals, many Bangladeshis are donating money to the refugee camps as they believe helping fellow Muslims will earn them God’s blessings, and the resources are being used to set up Madrasahs – religious education schools. The imams of these madrasahs advise against contraception, so while the government and relief agencies such as the International Organization for Migration (IOM) are trying to provide birth control options and information on family planning, Rohingya women refuse to comply. 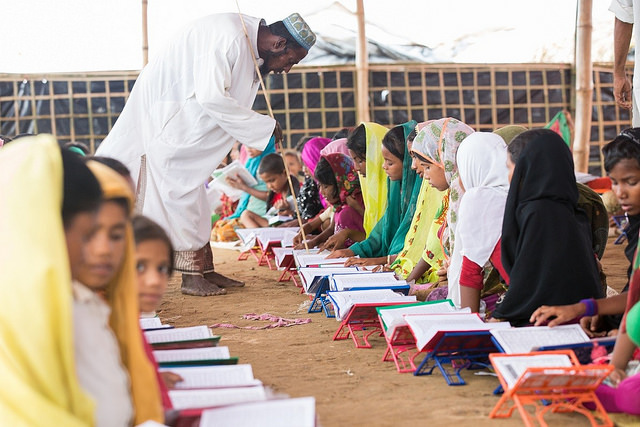 Dr. Lailufar Yasmin, a lecturer in International Relations at the University of Dhaka, who is conducting research in the refugee camps, said at first when she went into the camps, she saw a lot of elderly and middle-aged females, but there were very few young women.

“But when I asked them about their age, I found out they were in their twenties,” she said. Repeated childbirth coupled with the trauma they experienced in Myanmar had taken such a toll on them that they all looked decades older than their true age, she explained.

“Many Rohingyas married their daughters off very young so that the military won’t come and rape them because their bodies become less attractive after childbirth,” she said.

“It is a community decision, not the girl’s decision, but the girls have internalized it that they need to have a lot of children because they need to save their race which is being persecuted,” Dr. Yasmin explained, adding that this philosophy contributed to the Rohingyas having very large families.

With thousands of Rohingya children soon to be born in Bangladesh, the need for ramped up medical care is acute. However, an IRC/RI assessment in October 2017 found that nearly 50 percent of all pregnant women have not received medical care and 41 percent of families with pregnant women do not know where to go for medical care for pregnant women. The report concludes, “These results point to a need for health messaging and services, as well as antenatal care and emergency obstetric care across the makeshift settlements.”