The Global Economy of Pulses: Impressive Gains and the Way Forward

ROME, Nov 14 2019 (IPS) - Pulses are highly nutritious and their consumption is associated with many health benefits. They are rich in proteins and minerals, high in fibre and have a low fat content. Pulses are produced by plants of the Leguminosae family. These plants have root nodules that absorb inert nitrogen from soil air and convert it into biologically useful ammonia, a process referred to as biological nitrogen fixation. Consequently, the pulse crops do not need any additional nitrogen as fertilizer and help reduce the requirement of fossil fuel-based chemical nitrogen fertilization for other crops. Expansion of pulse production, therefore, can play a vital role in mitigating the effects of climate change. 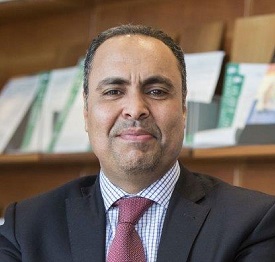 While pulses are produced in all regions of the world, South Asia and sub-Saharan Africa together account for about half of global production. Cultivation of dry bean, a category comprising many different types of beans, is the most widespread across different regions of the world. In 2012-14, sub- Saharan Africa accounted for 24 percent of global production of dry beans, Latin America and the Caribbean for about 24 percent, Southeast Asia for about 18 percent, and South Asia for about 17 percent. South Asia accounts for about 74 percent of chickpea production and 68 percent of pigeonpea production. Sub-Saharan Africa accounts for 96 per cent of the production of cowpea, a legume specific to arid regions. North America is the biggest producer of lentils and dry peas.

Concerted efforts of agricultural scientists and breeders under the aegis of CGIAR institutions and national agricultural research systems (NARS) have played a critical role in facilitating the growth of pulse production over the last fifteen years. Research on pulses under CGIAR is led by ICRISAT, ICARDA and CIAT. Significant work has been done by these institutions to conserve genetic resources of pulse crops and also develop new cultivars. Currently, ICRISAT holds 20 764 accessions of chickpeas and 13 783 accessions of pigeonpeas, ICARDA has 11 877 accessions of lentils and CIAT holds 37 938 accessions of Phaseolus beans. In addition, many national gene banks hold substantial repositories of genetic resources. For example, national gene banks in India have over 63 000 accessions of different pulse crops. The International Treaty on Plant Genetic Resources for Food and Agriculture, adopted by the 31st Session of the Conference of FAO in 2001, has provided the institutional framework for international collaboration in using these genetic resources. These genetic resources have been used to develop short-duration and disease-resistant varieties, and varieties that can be grown in diverse climatic conditions across the world. 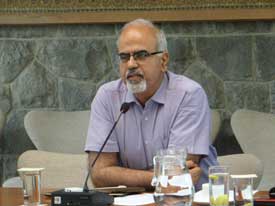 With the increase in globalization and trade liberalization across the world, the last two decades have seen a particularly large increase in international trade of pulses. Between 2001 and 2013, the quantity of pulses exported went up from about 9 million tonnes to about 14 million tonnes. There has been a considerable increase in Asia’s dependence on imports of pulses, primarily on account of an increasing shortfall in domestic supply in India and China’s transformation from being a net exporter of pulses to being a net importer. On the other hand, Canada, Australia and Myanmar have emerged as major exporters of pulses. High prices of pulses in the past decade have made farming of pulses attractive in these countries.

Experience of many countries over the last two decades shows that considerable improvement in the yields of pulses can be achieved with greater adoption of improved varieties and scientific agronomic practices. Large, industrial-scale farms in developed countries like Canada and Australia benefit from economies of scale, particularly in the deployment of machines, and higher use of improved varieties of seeds, inoculants and plant protection chemicals. On the other hand, pulse production on smallholder farms in most countries continues to be characterized by low yields and high risk. Given the low and uncertain returns from pulses, most of the smallholder production takes place on marginal soils, on land without irrigation facilities and with little access to technological improvements. Smallholder producers of pulses in developing countries lack access to improved varieties of seeds, knowledge about appropriate agronomic practices, and resources for buying modern inputs. Consequently, yield gaps on smallholder farms are high. In countries marked by smallholder production, pulse crops remain unremunerative compared with other competing crops. Low levels of per hectare margins act as a double disadvantage for smallholder producers of pulses: given the small sizes of their farms, low per hectare margins result in abysmal levels of per worker and per farm incomes.

The growth of pulse production over the last decade-and-a-half has been a result of concerted public action towards developing improved varieties and identifying suitable agronomic varieties, to make cultivation of pulses attractive for farmers under diverse agro-climatic conditions and economic contexts across the world. Increasing support to smallholder pulse production in the form of public extension services, provision of improved technologies and inputs, and availability of credit and insurance facilities can go a long way towards closing yield gaps on smallholder farms and making production of pulses more remunerative. The key lies in simultaneously ensuring that production of pulses is remunerative for smallholder producers and prices of pulses are affordable for consumers.