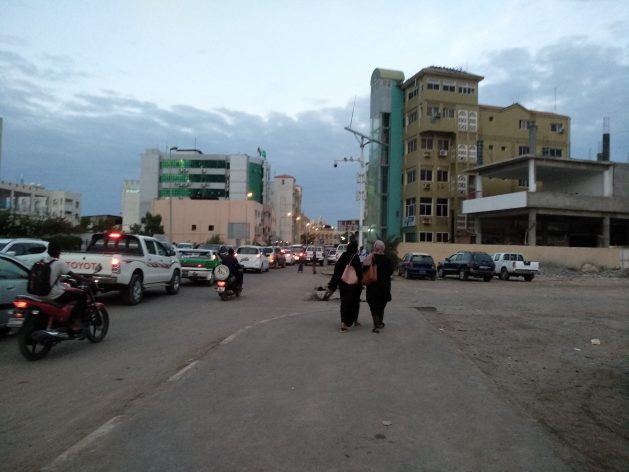 Zigunchor in Senegal’s southern Casamence region has the highest literacy rate in the country but here gender-based violence such as such as Female Genital Mutilation (FGM) is still practiced. Credit: Stella Paul/IPS

In her Wolof community, village grandmothers or professional circumcisers cut off the genitals of girls as young as 7 with a sharp blade. Ndiaye wanted to speak out against this but did not have the courage. But one day 13 years ago, she met Aissatou Sall, a fellow Senegalese woman who used storytelling to raise awareness against FGM.

“Connecting with her and hearing her stories taught me a lot about cutting. I learnt how women’s rights were often violated under the disguise of religious norms and traditions. And it gave me the courage to tell my family that I would speak against FGM and every harmful practice from now on, with or without their support,” Ndiaye, who has since become a professional storyteller herself, tells IPS. Occasionally, she also makes documentary videos in order to raise social awareness in her community.

Like Ndiaye, thousands of Senegalese women and girls are learning to take a stand against gender-based violence like FGM, child marriage, stoning and menstrual taboos through communication platforms that include storytelling, community counselling, mobile apps, art, poetry and videos.

GBV and girls’ education in Senegal

Statistically, when compared to its closest neighbours, Senegal has a much lower rate of gender-based violence (GBV), especially FGM. The average education rate is also much higher that its neighbours.

However, within ethnic minority communities the numbers are almost as high as they are across the border, says Molly Melching, the founder of Tostan — one of the longest-running and most influential NGOs in Senegal working to curb FGM through community awareness and non-formal education.

Based in Dakar, Tostan works across Francophone Africa and also in Somalia and Djibouti.

According to Melching, more and more Senegalese have been rejecting FGM thanks to a coordinated ground movement focused on community awareness raising, which is spearheaded by several civil society movements.

There are other forms of GBV, such as child marriage, which have a high prevalence in the country.

“In Senegal, the national literacy average is 51 percent. But there is a disparity between boys and girls. 70.7 percent of boys go to school while for girls the number is 63 percent. Almost all the girls who drop out of school [do so] because of early marriage,” Fatou Gueye Seck, coordinator at Coalition des Organisations pour la Défense de l’éducation Publique (COSYDEP), a Dakar-based NGO promoting free and inclusive education, tells IPS.

Melching, who has been working in Senegal for four decades, tells IPS that most families here have relatives across the border who share a common set of values and cultural practices. To address a contentious issue like FGM, which is embedded in the value system, it is important to educate the entire community so that the knowledge can also be shared.

Tostan has been educating communities, including smaller minority groups living in far-flung regions, using a rights-based approach and a diverse package of communication tools, including guidebooks in the local language and mobile-based learning modules.

At Tostan’s human rights-based Community Empowerment Programme (CEP), community members attend classes on human rights. They also learn about their right to health and the right to be free from all forms of violence. They also discuss the responsibilities they share to protect these rights in their community.

In sessions on health, they learn about the potential, immediate, and long-term harmful consequences of the practice and discuss ways to prevent these health problems in the future.

Finally, instead of blaming or criticising, community members are encouraged to discuss practices like FGM that are harmful for them, which then leads to the decision to end the practice.

The impact has been impressive, reveals Melching. Over 8,000 communities from Senegal and seven other countries in sub-Saharan Africa have publicly declared to end FGM and child/forced marriage.

Queen Sheba Cisse was born in Alabama, United States, but returned to her roots in Senegal over a decade ago. For the past seven years, Cisse has been helping the women of M’bour, a town in the western Thies region, become financially independent.

Cisse’s NGO has set up a micro credit programme that assists women develop their own local businesses. Attendees are asked questions like “What do women want? What business will work? What will give them a higher say in the family? etc.”

“There is no denial that GBV, like cutting, is still a big challenge in our community. But instead of looking at it as an isolated issue, we took a holistic look and realised cutting is performed by women because they believe in the ritual.

“We also realised that where women were economically empowered, they had a voice and their voices were taken seriously. So, we decided to strengthen women’s voices and help them become financially independent, so they could decide on their own GBV,” Cisse tells IPS.

Continued investment – the need of the COVID hour

According to a recent report released by the U.N. Population Fund (UNFPA), titled “Against My Will: State of World Population 2020”, an additional two million cases of FGM will occur globally by 2030. An additional 5.6 million child marriages can also be expected globally because of the coronavirus pandemic.

A new U.N. Educational, Scientific and Cultural Organisation report, “All means All”, shows that exclusion in education has deepened during the COVID-19 pandemic and about 40 percent of low and lower-middle income countries have not supported disadvantaged such as the poor, linguistic minorities and learners with disabilities during school shutdowns.

To bridge the gaps, the report makes a series of recommendations that include more consultation with communities, greater participation by NGOs and providing targeted financing for those who are currently lagging behind.

A similar call for continuing support to Senegalese girls and women affected by the pandemic was given by the Deliver for Good global campaign. In April, the campaign published an open letter urging all governments to “apply a gender lens and put girls, women, and gender equality at the center of COVID-19 preparedness, response, and recovery”.

Powered by Women Deliver and various partners, the campaign aims to make the Sustainable Development Goals, including goal four of education work best for girls and women.

Seck of COSYDEP, which is one of the Deliver for Good campaign partners in Senegal, describes how the campaign has continued to support girls and women’s education across Senegal.

“We have been working in different municipalities across the country, organising local meetings and field visits and have seen a lot of these municipal councils achieving great success,” she says.

For example, in the Keur Massar municipality, the mayor was declared “Mayor Champion of Education” by his peers after he pledged to increase the budget allocated to the reproductive health of teenagers and young people.

In Guinchor, Casamence, where Nadiaye lives with her two young children, the pandemic has brought life to a standstill.

However, instead of suspending her awareness-raising work, Ndiaye is now exploring new areas like internet talk shows to continue her storytelling.

“The beauty of non-formal education is that we teach and learn in every possible way. So, I am now planning to start an audio show. Because of the shutdown I can’t travel, but with this show I can cross the borders and educate people living on the other side too.”