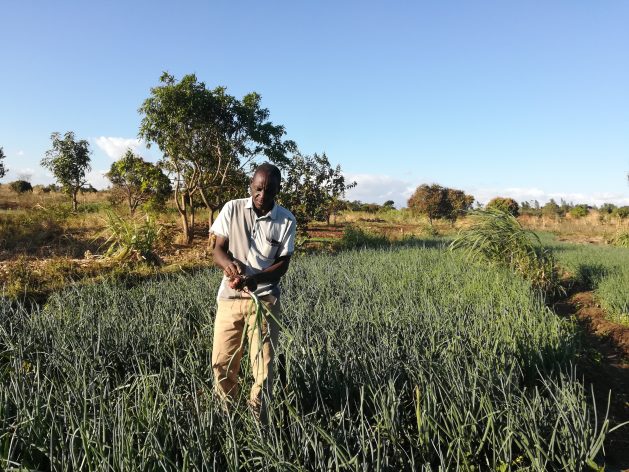 Youths like Feston Zale from Chileka area in Blantyre district of Malawi’s Southern Region are finding employment and a source of income in agribusiness. Credit: Esmie Komwa Eneya/IPS

BLANTYRE, Malawi , Mar 10 2021 (IPS) - After getting tired of searching for employment for seven years, Feston Zale from Chileka area in Malawi’s Southern Region decided to venture into agribusiness.

He started thinking of how to change the wetland he inherited from his parents into a horticultural farm. So he joined the Chileka Horticultural Cooperative to learn the basics.

“I started cultivating the piece of land tirelessly hoping that one day the proceeds from it would wipe away my tears of unemployment.

“The money I got from the first harvest was so satisfying and it gave me the courage to  expand my farming business,” Zale, who grows cabbage, onions and tomatoes, told IPS.

Zale has been able to make more than $4,000 per year. With the profit from his agribusiness he has managed to open a shop and buy a car. In comparison, most small family farms in generate a gross annual income of about $1,840, according to the Food and Agriculture Organisation of the United Nations (FAO).

“I have received several awards for producing very quality horticultural crops such as cabbage, onions and tomatoes,” he said.

Master Kapalamula is an agri-entrepreneur from Malawi’s capital, Lilongwe. He told IPS that venturing into agribusiness has provided him with a way to support himself since he completed his studies two years ago.

“Mainly, I’m into tomato production and my last crop has fetched me around $550.

“I have used some of the money to buy a sewing machine for fashion and design business,” he told IPS.

Though Kapalamula is still searching for employment, he says he will not give up his agribusiness once he finds a job and instead wants to balance both. He also has plans to expand his agribusiness.

Zale and Kapalamula were fortunate to find a means of income through agribuisness. This southern African nation’s youth unemployment is currently at 23 percent, according to the ministry of labour. Malawi, has a population of 16.8 million.

Though Zale and Kapalamula point out that the industry has its share of challenges.

One major problem, they say, is the low prices they get for their produce due to the smuggling of similar commodities from neighbouring countries and a lack of market regulations.

Because there are no policies that help safeguard the prices and sale of agricultural commodities in the country, people practice free trade and the market is flooded. This means that farmers are forced to reduce their prices in order to make some sales.

“If we force ourselves to lower our prices further, we end up making losses hence we do not benefit a lot from the business as we were supposed to,” said Kapalamula.

“To remain in the business, one needs to be courageous enough otherwise I have seen other youths quitting the business,” said Kapalamula. 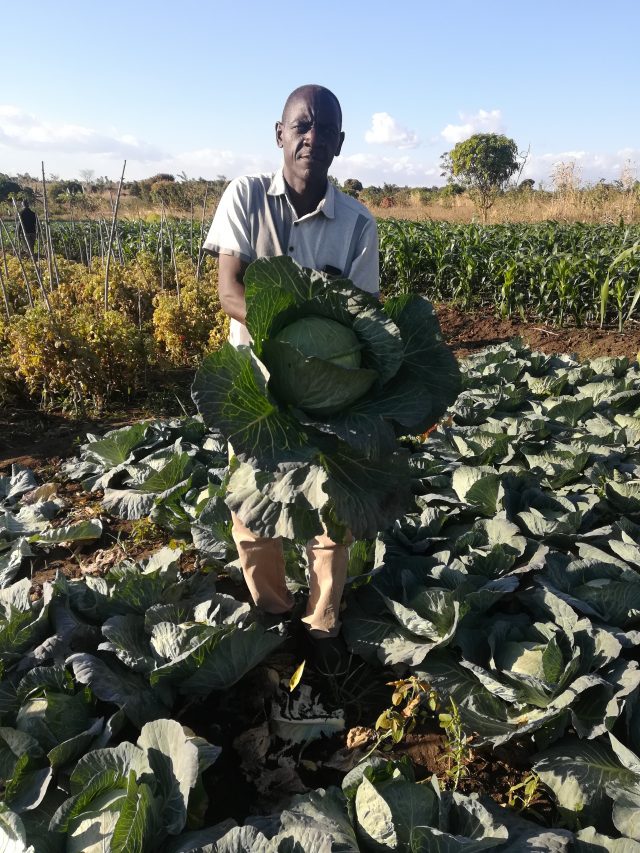 Feston Zale from Chileka area in Blantyre district of Malawi’s Southern Region has changed the wetland he inherited from his parents into a horticultural farm. He is pictured here withsome of his prize-winning cabbages. Credit: Esmie Komwa Eneya/IPS

According to experts at the International Institute of Tropical Agriculture (IITA), policy making processes must be supported by research.

It is one of the reasons why the Enhancing Capacity to Apply Research Evidence (CARE) in Policy for Youth Engagement in Agribusiness and Rural Economic Activities in Africa project was established. The CARE project seeks to enhance the understanding of the poverty reduction and employment impact, and the factors influencing youth engagement in agribusiness and rural farm and non-farm economy. The project is sponsored by the International Fund for Agricultural Development (IFAD) and managed by IITA.

According to findings of a CARE study in Malawi conducted by CARE awardee Dingase Kanchu Mkandawire, finding reliable markets for agricultural commodities is one of the deterrents of youth employment in agribusiness.

Indeed, during the launch of the 2019/2020 annual review and planning meeting conducted by the Department of Agriculture Research Services (DARS) at Bvumbwe Research Station in Thyolo District, Malawi’s Minister of Agriculture Lobin Lowe pointed that research in agriculture has a gap if it only focuses on production.

“The habit of focusing research on how to increase productivity only has left farmers stranded since after producing, marketing [their products] becomes a bigger challenge for them,” said Lowe.

Aubrey Jolex is another CARE awardee who conducted research on the use of Information Communication Technology (ICT) in agribusiness. He found that intensifying the use of ICT helped youth in agribusiness find reliable markets, among other benefits.

“Since the youth are heavy users of the ICT tools, they use those tools they use for communication to market their produce which in turn helps them to identify reliable markets,” he told IPS.