“The Worse, The Better” Doctrine and the Melting Ice 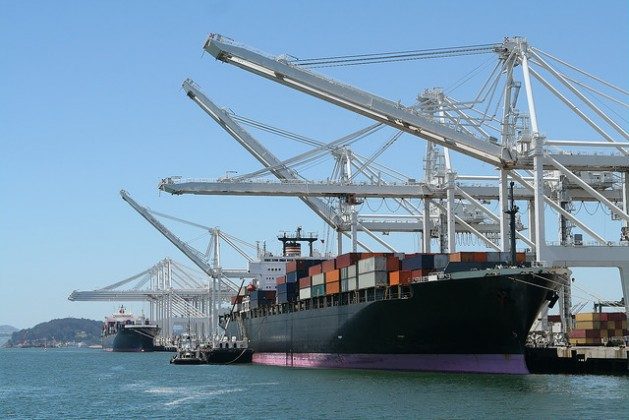 As of 2019, the total value of the annual world shipping trade had reached more than 14 trillion US Dollars. Credit: Bigstock

MADRID, Aug 25 2022 (IPS) - ‘There is a prevailing doctrine among the right and far-right political parties who are still in the opposition and are most likely to jump to power in those countries where they are not already ruling. It is the doctrine of “the worse things go, the better for us.”

Their markets-influenced neo-liberal thinking implies that their already existing or about-to-be governments will have the golden chance of overriding the present and past rights’ achievements in fields like social public services including health, education, pensions, and migration policies, let alone the fight against gender violence.

Take this example: Wilbur Ross, the US Secretary (Minister) of Commerce under President Donald Trump’s Administration, was said to have commented on the looming COVID-19 in China that it was ‘a business opportunity.’

In its Wilbur Ross says Coronavirus could boost US jobs, the BCC on 31 January 2020 reported that “In response to a question on Fox Business News about whether the outbreak is a risk to the US economy Mr Ross said: “I don’t want to talk about a victory lap over a very unfortunate, very malignant disease.”

The Arctic has warmed nearly four times faster than the rest of the world over the past 43 years. This means the Arctic is on average around 3℃ warmer than it was in 1980

However, he also said: “The fact is, it does give business yet another thing to consider when they go through their review of their supply chain… So I think it will help to accelerate the return of jobs to North America.”

A day earlier, Kevin Breuninger on 30 January 2020 reported on the CNBC that: “The China’s deadly coronavirus could be good for US jobs, manufacturing, says Trump Commerce Secretary Wilbur Ross.”

And so it has been and still is

In fact, several specialised reports coincide that the revenues of three pharmaceutical giants: Pfizer, BioNTech and Moderna have indeed quickly and greatly increased.

As reported in May 2021 by Megan Redshaw’s in her documented “As COVID Vaccines Drive Record Profits, CEOs Get Ultra Rich Off Massive Pay Packages, Questionable Stock Sales,” the revenues of Pfizer had by then reached an estimated 24 billion US dollars, while those of Moderna were calculated at 14 billions.

Those revenues quickly increased. In fact, on 3 November 2021, Redshaw reported that Top-Selling Drug in the World—Pfizer COVID Vaccine 2021 Sales: $36 Billion

Now it comes to the fast melting of the Arctic

The “the worse, the better” doctrine is most likely applicable to the recent alert that the Arctic is warming nearly four times faster than the rest of the world.

In fact, a study published on 11 August 2022 by prestigious Nature shows that the Arctic has warmed nearly four times faster than the rest of the world over the past 43 years. This means the Arctic is on average around 3℃ warmer than it was in 1980.

Good news for the shipping business?

The faster the Arctic ice melts, the current shipping routes grow, the new ones open, the business profits increase at least as much as the dangers.

See what the leading intergovernmental forum promoting cooperation, coordination and interaction among the Arctic States, Arctic Indigenous peoples and other Arctic inhabitants on common Arctic issues: the Arctic Council, said on this in its May 2021 report Navigating the future of Arctic shipping:

“The Arctic marine environment is undergoing extraordinary environmental and developmental changes, it reports. Access to the Arctic Ocean is changing quickly as sea ice extent reduces and thins – enabling longer seasons of ship navigation and new access to previously difficult to reach regions.”

At the same time, it said, “the promise of shorter shipping routes and growing access and demand for natural resources is piquing the interest of nations and industries around the globe.”

The Arctic Council’s Working Group on the Protection of the Arctic Marine Environment (PAME) shows in its first Arctic Shipping Status Report that “between 2013 and 2019, the number of ships entering the Arctic grew by 25 percent, from 1,298 ships to 1,628 ships.”

The majority of ships (41 percent) entering the Arctic are “commercial fishing vessels,” it adds.

“Other types of ships that commonly navigate in the region include bulk carriers, icebreakers, and research vessels. Growing Arctic marine tourism also has its share – 73 cruise ships sailed in Arctic waters in 2019.”

Fuels used by ships in the Arctic

PAME’s second Arctic Shipping Status Report provides information on fuels used by ships in the Arctic in 2019 with a focus on heavy fuel oils (HFO).

“HFO is extremely viscous and persists in cold Arctic water for weeks or longer if released, increasing potential to cause damage to marine ecosystems and coastlines…

… In ice-covered waters, an HFO spill could result in oil becoming trapped in and under the ice, it goes on. “When burned as fuel by ships, HFO has some of the highest concentrations of hazardous emissions…”

“In 2016, there were no liquid natural gas (LNG) tankers in Arctic waters as compared to 29 LNG tankers in 2019. These 29 LNG tankers consumed over 260,000 tons of fuel, making up the greatest portion of total fuels consumed by ships in the Arctic in 2019.”

Furthermore, the Arctic is already a vast mining field, searching for oil, gas and many other highly commercially valuable minerals.

Let alone the grim fate of the Arctic communities, including the region’s numerous indigenous peoples.

What does the business say?

Wondering what the International Chamber of Shipping thinks about all that? Well, it represents the world’s national shipowner associations, and over 80% of the world merchant fleet.

It says that its membership comprises national shipowners’ associations, through which structure “ICS uniquely and legitimately speaks for and represents the significant majority of international shipping.”

It also says that its national member associations represent shipping companies from all sectors of the shipowner community.

How big is the shipping industry?

The very same International Chamber of Shipping reports that “As of 2019, the total value of the annual world shipping trade had reached more than 14 trillion US Dollars.”

What do you think?