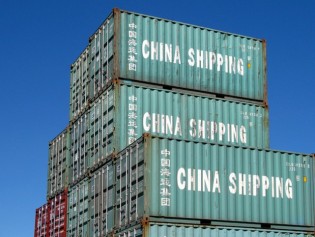 By Martin Khor
The escalating trade war initiated by United States President Donald Trump is a major threat to world trade and the global economy.  The developing countries will be among those most affected. It is time for them to respond and speak out.

By Martin Khor
There are increasing warnings of an imminent new financial crisis, not only from the billionaire investor George Soros, but also from eminent economists associated with the Bank of International Settlements, the bank of central banks.

By Martin Khor
Last week’s action by President Donald Trump has ended the United States’ leadership on liberal trade and may trigger a global trade war with major damaging consequences.

By Martin Khor
The new agreement that eleven countries are signing on 8 March in Chile in place of the Trans Pacific Partnership Agreement  (TPP) is like old wine in a new bottle --- without the United States but retaining most of its controversial elements.

By Martin Khor
Was last week’s global stock market sell-off only a “correction” or does it signify a new period of financial instability, caused by major flaws in the world financial system?

By Martin Khor
With floods now causing more damage more frequently around the world, it is time to counter their effects by turning our towns into "Sponge Cities", a recent trend popularised by China to absorb rainwater through permeable roads and pavements, parks, rooftop gardens and other green spaces.

By Martin Khor
Another new year has dawned, and on a world facing serious disruption on many fronts.  What are the trends and issues to watch out for in 2018?

By Martin Khor
In 2017, Donald Trump dominated the year by using US clout to change many aspects of global relations, and not for the better.

By Martin Khor
The next time you have a bad cold and reach for the antibiotics left over from your last visit to the doctor, think again.

By Martin Khor
It’s been 20 years since the Asian financial crisis struck in July 1997.   Since then there has been an even bigger global financial crisis, centred in the United States starting in 2008.  Will there be another crisis in the near future?

By Martin Khor
This week, Donald Trump will mark his first hundred days as US President.  It’s time to assess his impact on the world, especially the developing countries.

By Martin Khor
What’s the most precious thing in the world which unfortunately we take for granted and realise it true value when it is impaired? Good health, of course.

By Martin Khor
His first days in office indicate that President Donald Trump intends to implement what he promised, with serious consequences for the future of the United Nations, trade, the environment and international cooperation, and developing countries will be most affected.

By Martin Khor
Yet another new year has dawned.   But 2017 will be a year like no other.
Next Page »
ADVERTISEMENT ADVERTISEMENT