ISTANBUL, May 8 2011 (IPS) - Malawi’s gross domestic product has grown by more than six percent in each year since 2005. The country’s most recent Welfare Monitoring Survey finds unemployment stands at just one percent. At a glance, Malawi makes being a landlocked, least developed country almost desirable. 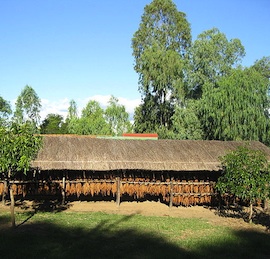 There are plenty of reasons for optimism over the economic performance of Africa’s poorest countries since 2000. Many developing economies did well on the back of a booming global economy that drove up prices for the primary commodities they export.

But the 2007 food crisis and the 2008 financial crisis, which ushered in a global recession, have exposed the vulnerability of least-developed countries (LDCs) to external shocks – and in some cases a lack of essential domestic economic data to guide policy.

Even before the global slowdown, civil society and other observers warned that GDP growth was not being effectively translated into improvements in the lives of the most vulnerable. The numerous Millennium Development Goal targets that are unlikely to be met by 2015 substantiate these fears.

The Fourth United Nations Conference on the Least Developed Countries, which opens in Istanbul on May 9, will be an occasion to review progress under the decade-old Brussels Programme of Action and set out fresh guiding principles for improving lives and livelihoods in 48 of the world’s poorest countries.

The World Health Organization Framework Convention on Tobacco Control commits members to reduce demand for tobacco through price and tex measures; to regulate packaging, labelling and advertising of tobacco products; and protect against exposure to smoking.

This has put the future of Malawi's tobacco exports - responsible for more than half of total export earnings - in jeopardy.

Within the country, prices have sunk so low that farmers are trying to smuggle tobacco into neighbouring countries where the going rate is better.

At the end of April, 124 tobacco farmers were arrested in the central district of Mchinji as they attempted to smuggle tobacco out of the country for sale in neighbouring Zambia.

Accurate, detailed information about employment is hard to come by in African LDCs – in part a measure of inadequate capacity, in part a reflection of the highly informal nature of work.

Employment figures from Malawi’s 2008 census are not yet available; the one percent unemployment figure comes from Malawi’s National Statistics Office, which conducts annual surveys meant to identify vulnerable households. The survey definition of “employed” covers anyone who has done even one hour of work within the past week, and doesn’t discriminate between formal or informal employment, or even paid and unpaid work.

The reality is that half of Malawian adults earn less than 36 dollars a month in cash, though they may grow most of their own food; 30 percent earn less than 50 cents a day. The minimum wage (92 cents/day in urban areas, 75 cents/day in rural areas) is not enough to keep an average family of five above the poverty line.

Sustainable jobs and improved livelihoods are among the priorities that the Malawi Congress of Trade Unions has stressed at a meeting of civil society preceding the U.N. conference.

“How will the country make progress in development if its people remain unemployed?” said MCTU Secretary-General Robert Mkwezalamba.

“How can we get decent jobs for our people? These are the prerequisite questions we are bringing to the LDC conference. We want to get answers from our peers in the LDCs, developed nations and donors on this and find solutions.”

An International Labour Organization analysis of employment carried out for the government of Malawi in 2010 found 80 percent of the labour force is employed in agriculture, overwhelmingly involved in subsistence farming. Strong maize harvests by smallholder farmers since the introduction of the Agriculture Input Subsidy Programme in 2004 have improved food security and produced signs of prosperity such as livestock and other assets in the countryside, but debate about the efficiency and sustainability of this subsidy is growing ever louder.

Vulnerable actor on a global stage

Malawi derives 60 percent of its foreign exchange earnings from production of tobacco, produced both on large commercial estates as well as by smallholders who grow it as a cash crop alongside the staple maize. Over the past three years, the auction prices for tobacco in Malawi have plummeted from three dollars a kilogramme to just 55 cents a kilo this year. The falling price, according to Mkwezalamba, is linked to to the fast-gaining momentum of the World Health Organization’s anti-tobacco efforts.

Malawi – already experiencing a foreign exchange shortage – is keen to find alternative exports. The shortage of hard currency has led to the rationing of forex for the private sector, been blamed for shortages of fuel in the country, and come up as an issue in the delayed implementation of an electricity interconnection scheme that would bring in badly-needed power from Mozambique.

“As a country, we are planning to diversify to other economic activities such as mining,” Mkwezalamba told IPS. “But do we have the right capacity and technological know-how?”

He said donors and developed nations have to help countries like Malawi with increased support for skills development and technology if decent work is to be created.

The Istanbul conference will be considering a plan of action for LDCs with priorities including access to technology, the promotion of agriculture to strengthen food security, good governance, and adapting to climate change and securing a fair deal at the U.N. climate conference.

In the ILO report, co-authors Dick Durevall and Richard Mussa agree that agriculture is a vital starting point for Malawi, because of the large numbers whose livelihoods are presently dependent on farms, but a shift from subsistence to market-oriented farming is needed. Plans for job-rich growth will also have to recognise the low levels of education of the 400,000 people who enter the new labour market each year.

Their broad recommendations – for thoughtful investment in post-primary school education, diversification of production, and the design and implementation of subsidies that will support entrepreneurs in rural areas with electricity, roads, and water – could apply to any of the 33 least developed countries in Africa.

Carrying any of them out will likely require internal and external support. More than one participant at the civil society forum in Istanbul, held under the title “Towards a World Without LDCs”, said it was important for the world’s least developed countries to stand up for one another and assist each other in solving their development challenges.

“In today’s world, one society affects another and the practices of one country affect other countries,” said Dr Ihsan Karaman, chair of the NGO Doctors Worldwide, which is lobbying to build up public support for equitable and sustainable development.