WINDHOEK, May 16 2011 (IPS) - The Southern African Development Community (SADC) faces several awkward problems at the Extraordinary Summit of Heads of State scheduled for May 20-21. 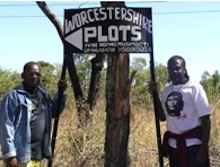 Mediating between parties in Zimbabwe over a workable plan for elections and power-sharing in Madagascar may be the headlines, but long-delayed action on the decisions of the SADC Tribunal could also have long-lasting consequences for human rights and the rule of law in the region.

Since 2008, the SADC Tribunal has handed down a series of decisions on cases of expropriation of farmers in Zimbabwe; over 3,000 mostly white commercial farmers were thrown off their land beginning in 2000, according to the Zimbabwe government, in order to redistribute their land to landless people.

While the rulings all were in favour of the evicted farmers, Zimbawe flatly refused to recognise the court’s authority to order compensation for the land seized. The Tribunal referred the matter to the SADC heads of state for a decision.

Unable to face the political consequences of ejecting or suspending Zimbabwe from the regional bloc, SADC leaders instead suspended the Tribunal at their August 2010 summit, pending a “review” of its functions.

Land reform is a powerfully emotive issue in Southern Africa, where a white minority still holds much of the most valuable agricultural land. Zimbabwe's rapid, often violent seizure of farm land was framed as fulfilling a promise of liberation.

A 2010 review by the Southern African Confederation of Agricultural Unions - an umbrella body for commercial farmers across the region - found land reform efforts in Zimbabwe and elsewhere had achieved poor results in terms of agricultural productivity or improving the livelihoods of the poorest.

Poor planning, inadequate funding and a lack of technical support for new farmers are highlighted as key reasons for the failure.

Members of the agricultural unions are, of course, have a powerful interest in protecting their ownership of large tracts of land from redistribution to hundreds of thousands of those dispossessed in colonial times, but the collapse of farm productivity on land transferred in Zimbabwe and elsewhere in the region is well-documented.

Farm owners have not been the only casualties; farm workers' lot in both Zimbabwe and Southern Africa has also been affected.


This review – conducted by a team of University of Cambridge consultants and completed on Feb. 14 – not unexpectedly confirmed the Tribunal had acted properly and within its powers on the farmer’s affair. The list of 34 recommendations in the confidential report – of which IPS has a copy – suggested a strengthening of the regional court to avoid the kind of maneuvering that has delayed relief for the farmers.

Lawyer Norman Tjombe, who argued some of the cases in question said, “The report was rather positive on the Tribunal, supporting its rulings on Zimbabwe and recommending strengthening of its functions. It made Zimbabwe very angry.”

The first indications that the recommendations were not exactly what SADC was hoping for came as the SADC Council of Ministers met to consider the review in Swakopmund, Namibia from Apr. 11-15. The Namibian chairing the review, Minister of Justice Pendukeni Ivula-Ithana, opened the meeting saying : “[It] is us, the people of SADC who can own our instruments as they address our identified concerns and are compatible with our national legal systems.”

She went on: “This Tribunal is ours and we have received the advice contained in the final report of the consultant. Ours is to take out of it what we deem appropriate and suggest to the Presidents and Heads of States for their decision.”

The evicted Zimbabwean farmers are not the only ones waiting on SADC leaders’ next move. Lesotho, South Africa and Zimbabwe face a R4 billion (570 million dollar) claim from South African-based mining group Swissbourgh for expropriation of its minerals rights to pave the way for the Lesotho Water Highlands Project in 1991.

According to Josias van Zyl, Managing Director of Swissbourgh, the three countries conspired to suspend the SADC Tribunal last August, just a week before the case was supposed to be heard.

Swissbourgh filed an application with the Tribunal challenging SADC leaders’ legal authority to suspend its operations. Tjombe lodged a similar application on Mar. 28, arguing the SADC Summit’s August decision “does not in law have the effect of suspending [the tribunal’s] operations and function”.

“So far we have heard nothing from the court , not a peep,” said Tjombe.

The delays already mean one of the plaintiffs will never see the end of his struggle to regain his land; Campbell died in early April.

Van Zyl told IPS that Swissbourgh has threatened to sue SADC in Gaborone, Botswana (where it is headquartered) as well as individual states in their own countries should “they strip SADC of its Tribunal, or continue to interfere with our right to access to justice”.

“The comments of the Namibian Justice Minister seem to indicate a move in that direction,” he said.

Swissbourgh asserts in a May 13 letter to the heads of state, that is aware that the outcome of the Swakopmund deliberation was a proposal that the Tribunal’s scope of action be amended to allow only inter-state disputes, ruling out access for individuals to the regional court.

Swissbourgh says that any weakening of the Tribunal would be “in bad faith” and a “violation of international law generally and various international human rights instruments”.

But Norman Tjombe is sceptical of the pressure the litigants can exercise on the leaders.

“They will just ignore the report and likely postpone a decision,” he said. “It’s a sad day for the rule of law.

“The widespread practice in member states of ignoring court rulings, or replacing critical judges with ones favourable to the regime is now repeated on a SADC level. The establishment of the SADC Tribunal as a liberal and accessible court was a leap forward. Now the court is in danger of being strangled and killed.”