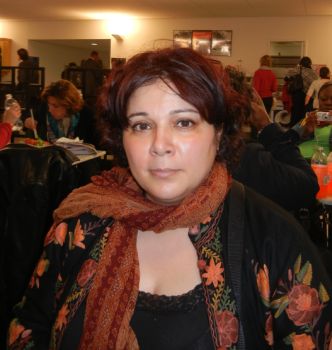 “Oftentimes, international organisations are interested in empowering urban women politically and economically, and less attention is given to rural women,” observed Al Moumin, who was Iraq’s environment minister from 2003 to 2005.

IPS correspondent Rousbeh Legatis talked to Al Moumin about the daily challenges faced by rural Arab women in the marshes and the importance of culturally appropriate interventions.

Q: Could you describe rural women’s environmental livelihood in Iraq? A: Women and the Environment worked among rural women living in the Iraqi marshlands, an area of 20,000 square kilometres, and according to UNEP having the most unique ecosystem in the Middle East that goes back to 5,000 years B.C.

Saddam (Hussein’s) regime destroyed the marshlands by draining them and launching systematic attacks against the Marsh Arabs, estimated at around half a million. Forty thousand fled to Iran and around 100,000 became internally displaced.

After the fall of Saddam’s regime in 2003, the Marsh Arabs returned and cooperated with the ministry of environment and International organisations to rehabilitate the ecosystem of the marshland. Around 45 percent of the marshland was rehabilitated.

However, the marshlands were not the same anymore. Lacking fresh water requires women to walk at least 10 miles back and forth more than once a day to collect water. As to food, the Marsh Arabs depend upon fishing and hunting for their livelihood.

More than 66 species of birds are considered at risk. Due to food shortage, the Marsh Arabs, who were once proud to fish by a trident, now they are fishing using the net or electricity.

This harsh and difficult environment means more work and more responsibilities for women. Before the destruction, fresh water was everywhere, now it is scarce. Women harvest water regardless of its smell and colour; sometimes families drink from the container even if their animals (that live with them) drank from it, one cup is used for the entire family. That caused water-borne diseases.

Q: You try to empower rural women through resource management in Basra, Maysan and Thi Qar. Could you please explain the underlying issues here you try to tackle? A: The main issues the organisation works to address is to train women to provide water, sanitation, and hygiene to meet the basic needs of their family.

Furthermore, we want to include women’s perspective in water policy. Oftentimes, policies forget to include the perspective of those who use water most of the time – which happens to be women. To that end, in August of 2010 Women and the Environment organised community meetings in the three provinces attended by government officials, private sector, NGOs, and rural women reviewing water policies, which led to the recommendation that women should be recognised as the primary users of water.

In the case of the Marsh Arabs, as additional example, we have trained women in more than 53 villages in the marshlands, building their capacity to provide water, sanitation and hygiene.

That included knowledge about how to preserve water, sanitation and hygiene, including boiling water, covering containers to keep the water clean, cleaning the cups that are used to drink water rather than having one cup for all family members to use and so forth.

Q: Did you make progress in supporting rural Iraqi women? A: When communities come together to address an issue, progress will be made. I feel that a great progress was made (in the case of the Mash Arab women) because it was a group effort including Iraqi professors who contributed their knowledge, time and effort, tribal leaders who supported these programmes and believe that training the women makes their communities safer – which it did – as well as international organisations, especially UNEP, the Canadian International Development Agency (CIDA), the Victoria University, and the Waterloo University.

The only challenge we have to face is financial funding. Due to the lack of financial resources, we cannot expand training to other villages and cover more areas to provide a higher level of training.

All the training materials were designed to coincide with the nature of the community. For example, well-known Muslim women who managed water resources were introduced as models. Local dialect was utilised, experts from the local areas were trained to train others.

Throughout the training, all experts utilised the local language, well known practices and traditions to introduce the idea that women are the primary users and managers of water resources.

Rather than referring to Western terminology or focusing on terms, the entire focus was on the culture itself and concepts. We utilised the Iraqi and Islamic culture to present case studies about women who managed water resources.