UNITED NATIONS, Jun 12 2012 (IPS) - The high seas, crucial regions of the world’s oceans that are beyond national jurisdiction, account for 45 percent of the planet, but are today under severe threat from overfishing and pollution.

“The next big global environmental crisis that is looming upon us is the meltdown of the oceans,” warns Rémi Parmentier, spokesperson for the High Seas Alliance, a group of NGOs striving for the conservation of the high seas. 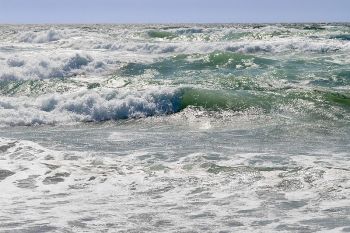 Ocean conservation is one of the seven key points of Rio+20. Credit: Sean O'Flaherty/CC By 2.5

The Alliance is hoping to convince governments of the importance of marine biodiversity, and the need to take decisive action in Rio.

“States wrongfully think that they have other priorities – the financial crisis, for example,” Parmentier told IPS. “But giving priority to artificial wealth, such as money and financial services, while putting aside natural wealth, that is to say all that we get from our ecosystem, is a big mistake.

“Nature, climate, biodiversity… Those are elements without which we cannot develop in a fair and sustainable way,” he said.

Among these urgent actions is the elimination of Environmentally Harmful Subsidies (EHS), through which governments keep funding polluting activities such as fossil fuel energy, overfishing and industrial agriculture, while disadvantaging green sectors, activists say.

“I’m thinking about subsidies that fund fossil energy with several billion dollars every year, or also about the one billion euro that the EU (European Union) gives to fishing every year, thus fuelling its overcapacity,” Parmentier said.

Those issues were raised at the first Earth Summit in 1992, but not enough has been done since to address them, critics say.

“It is unbelievable to think that 20 years after Rio and the U.N. Framework Convention on Climate Change, we keep funding polluting energy sources and reducing in many countries the subsidies given to renewable energy, which is actually part of the solution,” Parmentier said.

Earlier this month, Parmentier held a press conference at U.N. headquarters in New York alongside spokespersons from the Global Call to Action Against Poverty and International Partners for Sustainable Agriculture.

The three speakers focused on the future launch of Sustainable Development Goals (SDGs), which would set targets and enable progress to be measured. These SDGs would include ocean conservation, one of the seven key points of Rio+20.

“Unless there is an implementing agreement on high seas conservation, we and our governments cannot have a say on what is happening on almost half of the planet,” Parmentier said.

This “other half of the planet” is increasingly suffering from heavy pollution and overfishing, leading to the near extinction of many species: for example, 90 percent of the biggest predators, such as tuna, cod and sharks, have already disappeared or are greatly endangered, according to Ocean Sentry, a Spanish environmental NGO.

For Parmentier, the long-waited conference in Rio will be the moment to finally take urgent decisions and set mandatory deadlines.

“States have reiterated many times within the G20, the EU and the OECD (Organisation for Economic Cooperation and Development) their will to put an end to these Environmentally Harmful Subsidies, but the truth is that we’re still waiting. This summit on green energy will definitely be a chance to decide on deadlines.”

But phasing out some sectors should be accompanied by expansion of others. The High Seas Alliance strongly encourages research and growth in renewable energy.

“We shouldn’t only talk about ‘degrowth’. Yes, true, we should aim at the ‘degrowth’ of our ecological footprint and of our impact on resources, but it would be in order to attain the sustainable growth of resources that humanity and ecosystems need to survive,” Parmentier told IPS.

Environmental NGOs are hoping that Canada, Japan, the Russian Federation and the United States, four countries which are currently rejecting the Rio negotiating draft on oceans, will waive their financial interests in favour of the common good.

“The United States is under pressure of pharmaceutical lobbies at the Congress. They don’t want to share the profits they get from the exploitation of genetic resources. They balk at accepting this proposition that could be a milestone of Rio,” Parmentier said.

Protecting the high seas is not only about the oceans – it is about the rest of the world’s life-sustaining ecosystems as well.

“The next big environmental crisis will be that of the oceans, and it will lead to a food crisis for a majority of humanity. Whether or not we live close to a sea, we all depend on oceans in order to survive,” Parmentier said.