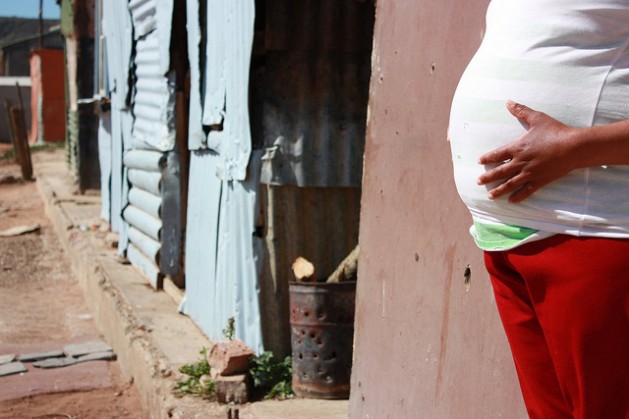 Girls’ and women’s access to contraceptives is both a right and a transformational health and development priority. Credit: Patrick Burnett/IPS

PARIS, Jul 18 2012 (IPS) - Improving family planning to avoid unwanted pregnancies in developing countries, as well as assuring girls’ access to education, and women’s participation in the economy, are essential components of a sound development policy, according to Western experts and African activists.

During a summit on family planning in London last week numerous economic development experts, government delegates from industrialised and developing countries, and private donors agreed to raise some 4.3 billion dollars by 2020 to allow 120 million women and girls in the world’s poorest countries, particularly in the continent of Africa, to access contraceptives and other family planning materials.

The summit underscored the importance of girls’ and women’s access to contraceptives as both a right and a transformational health and development priority.

“I don’t want my daughters … in the coming years discussing these same issues (of women’s education and economic empowerment),” Cecilia Akintomide, vice president of the African Development Bank (AfDB), co-organiser of the African summit, told the audience in Lagos. “I want to see a change in my lifetime.”

During the meeting in Lagos, Nigeria’s finance minister, Ngozi Okonjo-Iweala, emphasised that women’s economic empowerment is no longer simply an option “because investing in women, who constitute half of the continent’s population, is the only way to sustain the growth” recently recorded across the African continent.

Participants at the London summit echoed these views, with an emphasis on the health risks associated with unwanted pregnancies.

“Enabling an additional 120 million women in the world’s poorest countries to access and use contraception, something women in the developed world take for granted, will save millions of lives and enable girls and women to determine their own futures,” said Andrew Mitchell, British secretary of state for international development.

Mitchell called the commitments of the summit a “breakthrough for the world’s poorest girls and women, which will transform lives now and for generations to come.”

By 2020, the collective efforts announced in London will allegedly result in 200,000 fewer women dying during pregnancy and childbirth, more than 110 million fewer unintended pregnancies, over 50 million fewer abortions, and nearly three million fewer babies dying in their first year of life.

Numerous studies show that the investment of a single dollar in family planning leads to savings of up to six dollars in health, housing, water, and other public services.

Contraceptive use also leads to more education and greater opportunities for girls, helping to end the cycles of poverty that millions of women and their families are trapped in. Up to a quarter of girls in sub-Saharan Africa drop out of school due to unintended pregnancies.

Based on such evidence, the United Nations Millennium Development Goals (MDGs) call for gender equality, universal education, and improving maternal and child health, setting specific objectives to be met by 2015.

According to the U.N. 2012 MDG report, released Jul. 2, meeting these goals by 2015, while challenging, is possible, “but only if governments do not waiver from their commitments made over a decade ago.”

In the foreword of the report, U.N. secretary-general Ban Ki-moon, warned that the current economic crises battering much of the developed world “must not be allowed to decelerate or reverse the progress that has been made.”

“Let us build on the successes we have achieved so far, and let us not relent until all the MDGs have been attained,” he urged.

The U.N. report points out that the world has achieved parity in primary education between girls and boys. Driven by national and international efforts, many more of the world’s children are enrolled in school at the primary level, especially since 2000.

Such improvements, as well as improving maternal health and reducing unwanted pregnancies, coincide with women’s demands across the world.

Melinda Gates, co-chair of the Bill & Melinda Gates Foundation, told participants at the London summit that women she meets on her travels tell her that “access to contraceptives can often be the difference between life and death”.

“Today is about listening to their voices, about meeting their aspirations, and giving them the power to create a better life for themselves and their families,” Gates added.

In Lagos, in a video message addressed to the Second African Women’s Economic Summit, AfDB President, Donald Kaberuka said that women have always played a pivotal role in the socio-economic development of Africa.

As farmers, entrepreneurs, traders and innovators, they are key economic actors in the continent, he added. “I believe, strongly believe, investing in women…is essential to revitalising our economies,” Kaberuka pointed out.