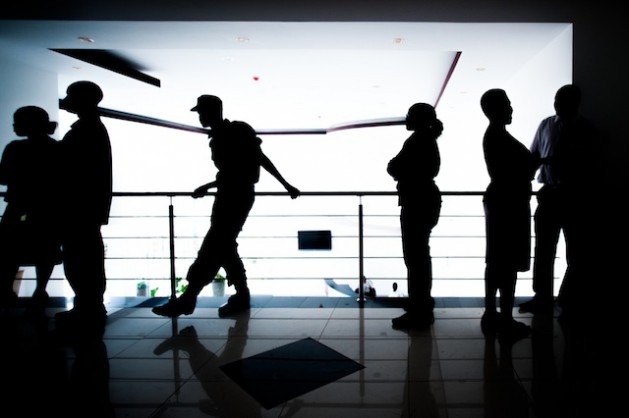 KAMPALA, Aug 21 2012 (IPS) - In the face of rising public criticism over a range of controversial political manoeuvres, the Ugandan government has become increasingly hostile to the work of non-governmental organisations, particularly those advocating for the rights of the lesbian, gay, bisexual and transgender community, according to a new report from Human Rights Watch.

The report, released on Aug. 21, said that intimidation and obstructionist tactics have, over the last year, been used against NGOs working across a range of issues.

The report, “Curtailing Criticism: Intimidation and Obstruction of Civil Society in Uganda”, draws on interviews with 41 NGO officials, government representatives and donors in Kampala. HRW found that some civil society groups have started self-censoring in order to protect their staff, reflecting wider concerns that criticism of the government can be increasingly dangerous.

“The attacks on freedom of expression appear to coincide with increasing criticism of the ruling party’s governance,” Maria Burnett, a senior researcher for HRW’s Africa division and the author of the report, told IPS.

“At various times since President Yoweri Museveni took office in 1986, there has been some tolerance for critical or divergent voices. But since the February 2011 elections, government actors have been tightening the controls on both access to information and people’s abilities to express themselves, to obstruct the public’s understanding of the causes of the economic and political turmoil,” Burnett said.

Museveni, who has been in power for 27 years, is expected to run for another term of office in 2016.

“Since his re-election in 2011, political tensions have been running high and public criticism of government has escalated. To better control this environment, the ruling party’s high-ranking government officials are increasingly scrutinising NGOs and the impact they might have on public perceptions of governance and management of public funds,” HRW said in a statement on Aug. 21.

The report’s release comes on the heels of several clashes between the government and local and international NGOs. Officials threatened in May to kick Oxfam International out of the country if the British charity did not retract and apologise for allegations it made the previous September that more than 20,000 Ugandans were the victims of land grabs by a British multinational.

And in June the government ordered the Advocates Coalition for Development and Environment – a local think tank – to stop all political activities.

At the time, State Minister for Internal Affairs James Baba told Uganda’s Daily Monitor that his ministry, which has oversight of the country’s NGO Board – the government-run institution that currently oversees the non-profit sector in Uganda – was “working within its mandate.”

These moves come in the wake of increasing civil society analysis, research and criticism on a range of issues. This includes charges – raised by opposition politicians in parliament last year – of corruption in the fledgling oil sector, high inflation, and poor delivery of education and health services.

Efforts to highlight these issues, including a widely covered Walk to Work campaign organised by Activists for Change, have drawn international attention and – in the case of Walk to Work – violent crackdowns by police.

HRW reported that some of the civil society workers they interviewed said they had received anonymous phone calls encouraging them to stop researching certain issues. Others suspected their phones were tapped or their homes were under surveillance.

Though the number of high-profile incidents has increased in 2012, the government has had a history of obstructing NGO activity in the past – especially groups working around the LGBT and commercial sex worker (CSW) communities.

In 2009, Akina Mama wa Afrika (AMwA), a pan-African women’s advocacy organisation, attempted to hold a leadership training workshop in Uganda for CSWs. Although AMwA organisers said they informed government officials that they were planning the workshop and sent them a proposed agenda, the meeting was shut down the day before it was supposed to happen. The organisers had to shift the workshop to Nairobi.

The workshop was “not about promoting sex work,” Vivian Ngonzi, AMwA’s executive assistant, told IPS. “These were very learned women. They were discussing self-help, learning about their rights… I don’t know what’s illegal about that.”

The government has continued to close down workshops, specifically those focused on members of the LGBT community. HRW’s report highlights the “aggressively homophobic agenda” of Minister of State for Ethics and Integrity Simon Lokodo who ordered the closing this year of two workshops that included LGBT activists.

In February, he closed down a five-day meeting in Entebbe, Central Uganda, after participants, who included LGBT activists, were told that it was an illegal gathering. After the incident, four of the attendees filed a case against him in the constitutional court, charging him with denying them their constitutional right to assemble.

Declaring the fight against homosexuality a “national priority,” Lokodo also told HRW that groups like Sexual Minorities Uganda (SMUG) were “on a mission to destroy this country.”

Lokodo’s efforts have been made at the same time that a proposed Anti-Homosexuality Bill in Uganda seeks to criminalise homosexual activities and introduce the death penalty in some cases.

The bill – originally introduced in 2009 by member of parliament David Bahati, who claims that homosexuality has been imported from the West – listed the death penalty as punishment under an offence called aggravated homosexuality. This, according to the 2009 draft of the bill, was defined as “repeat offenders” of homosexuality, or when one of the participants in a homosexual relationship is under 18, or has a disability, or is HIV-positive.

The bill was allowed to lapse during last year’s parliament, and was reintroduced by Bahati in February, this time without the death penalty clause.

Pepe Onziema, the advocacy and policy officer at SMUG and one of the plaintiffs in the case, told IPS that the situation is getting “harder and harder” for LGBT-focused NGOs.

Onziema said, in the case of LGBT activists, the government is focusing on “a particular group of organisations to intimidate the rest of society” – something HRW also concluded.

“After the threats of closing down NGOs… things are getting worse,” Onziema said.

Local media organisations reported that Lokodo planned to ban 38 organisations that were sympathetic to the LGBT cause, though no action has yet been taken. HRW’s report found, even among groups not working on LGBT issues, that there is growing concern that any precedent established in closing those groups could later be applied to them.

HRW has called on the Ugandan government to reverse course “to change and improve its terms of engagement with all NGOs.” It noted that NGOs were forced to scale back their work, especially on controversial topics such as LGBT rights, in order to continue operating.

“One LGBT organisation had a small project to distribute brochures which carried the message that LGBT people are like everyone else and that God loves them. Because of the government’s obstructions to the work of LGBT groups, the organisers of this project felt that their volunteers would be unsafe and have stopped this work. In order to continue operating and providing services to their community, they have since limited the scope of their work,” the report says.

Specifically, HRW is calling for autonomy for the NGO Board. The organisation is also urging the government to investigate instances of unlawful interference, harassment or intimidation of NGOs, like the workshop closures.