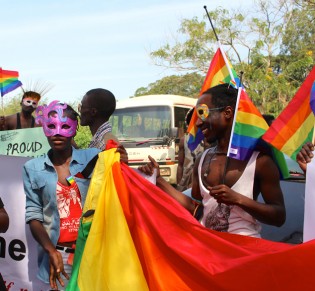 By Stella Paul
It is Wednesday afternoon in Bangalore, known as India’s tech city for being the hub of information technology companies. In her small four by four-foot studio, Vaishalli Chandra, channel manager of QRadio which is dedicated to the Gay, Lesbian, Bisexual and Transgender (LGBT) community, is in conversation with Ankit Bhuptani, a 21-year-old gay youth from Mumbai.

By Matthew Charles Cardinale
Even as the issue of gay marriage continues to make waves in the U.S., change is inexorably arriving in the halls of power, with a record seven openly homosexual or bisexual members of the new U.S. Congress.