SANTIAGO, Nov 9 2012 (IPS) - We must work “for all of the human rights of women,” not just sexual and reproductive rights, said Coca Trillini, describing the challenges facing the ecofeminist movement that she has embraced since becoming an activist in Católicas por el Derecho de Decidir (CDD – Catholics for Choice).

Dealing with its own contradictions, and understanding that social processes and changes move slowly, are the main challenges for ecofeminism at this time, Trillini told IPS.

The movement, which in her words combines “radical feminism with environmental consciousness,” works with the profound conviction that women’s oppression and the destruction of the planet arise from the same patriarchal system.

“Environmental awareness allows us to add the defence of environmental rights to feminism,” said Trillini, who sat down with IPS during a trip to Chile. The Argentine theologian is a member of the Latin American Network of Catholics for Choice, made up of 12 local CDD organisations of Catholic women who work for gender equity and women’s rights, combating religious fundamentalism. 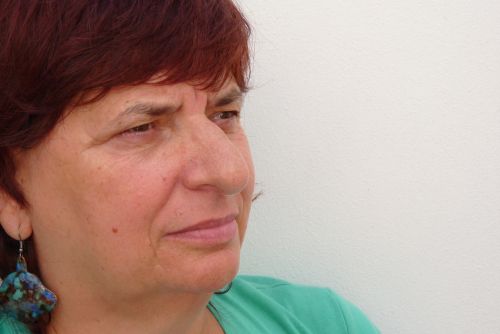 “Ecofeminism is based on a radical defence of women’s rights, and environmental awareness.” Credit: Courtesy of Coca Trillini

Q: How is ecofeminism constructed?

A: With a radical defence of women’s rights, and environmental awareness. When I say “radical,” I mean the definition of feminism I was taught years ago, which means asking myself and others if we can recognise the occurrence of abuse and lack of recognition of women’s human rights.

If the answer is yes, the next question is whether you are willing to work for those rights so that all women and men can attain equality.

And if you ask the same questions about planet Earth, then that environmental awareness allows us to add the defence of environmental rights to feminism. That is how, in combination, we understand ecofeminism.

Q: Do you agree with those who regard the environmental and feminist movements as being among those who have done the most to promote social change in the 20th century?

A: Yes, I think so. And it’s not just me who says so, but a number of research studies, because in one way or another we have been able to shine a light on the areas where respect has been lacking.

In the case of women, it is simply because they are women. That is why we can talk of femicide (gender-related murder). And in the case of the environment, it is because no matter who comes after us, we are using all the water and rendering the land infertile. Here we can talk of ecocide (destruction of ecosystems).

In recent times, we were the ones who sounded the alarm in defence of the dignity of women and of the ecosystem. We brought together many voices, and at times led activism on day-to-day issues that needed to be denounced.

Q: What role has ecofeminism played in the social movements that are active in different countries?

A: We have supported the student protests in Chile, and have participated in the “indignados” (Occupy) movement and others. In every case, we have contributed not just theory but also concrete practices, taking to the streets and joining in the demands.

Sometimes, for a certain type of social movement to emerge, particular circumstances have to arise, but prior to that there has been an accumulation of reflection and synthesis coming from several converging lines. I dare say one of these is ecofeminism.

Q: What are the main challenges facing ecofeminism?

A: Our own contradictions and the need to understand that social processes and changes take time.

When I talk about contradictions, I mean that recently sectors have emerged that have tried to return to a far more essentialist discourse, and are trying to defend only the sexual and reproductive rights of women.

But we feminists do not agree with this. We continue to work for all of the human rights of women, which certainly include sexual and reproductive rights, as well as the right to decide whether to have an abortion.

On the other hand, we must understand that we are all bound by a patriarchal structure. I think progress is slow, and so is the road to awareness of the domination that enthrals us, but that we are not condemned to repeat.

What we are compelled to do constantly is to re-revise and deconstruct, and reconstruct taking the elements we regard as somehow being able to push us towards freedom and the defence of women’s rights.

No one changes overnight, certainly not by means of speeches and theories.

Q: What does feminist theology propose?

A: There is no single feminist theology. But there is a very simple definition that I like to use because I find it helps me: it’s theology that tries to reflect on the image that we have of what we call God.

Whatever that image may be, we have discovered that traditional theology has given women only the answers to questions we have never asked.

For instance, we ask ourselves about our relationship with God when we have to make choices in critical situations, because we are being violently attacked, and we are forced to believe in things that have nothing to do with our lives.

Historically, women have not been recognised as persons with rights, and capable of taking ethical decisions in life.

In the early history of the Catholic Church, there were even doubts as to whether women had souls. There is inequality, oppression and symbolic violence against women that feminist theologies have tried to deconstruct in order to find, through reconstruction, meaning in our daily life.

Q: You belong to the Catholics for Choice movement. What is it like to confront such a conservative tradition?

A: Our group does not exist to confront anyone, but to propose, to demand action by the state, and to defend people’s rights.

There are different theological views within the Catholic tradition – it is not monolithic. There is a lack of information among the faithful about being able to take decisions with freedom of conscience.

In Latin America, the Catholic Church and the state are intertwined, and this relationship was granted legitimacy by the constitutions adopted after the Spanish colonial period came to an end. Unfortunately, this relationship has conditioned our culture and exerts an influence beyond the personal choice of a particular religion.