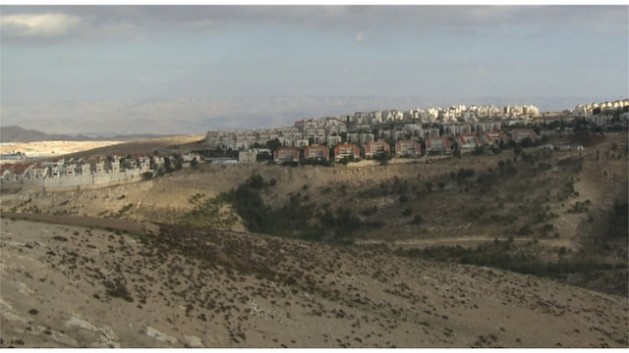 JERUSALEM, Dec 20 2012 (IPS) - While the Hamas-ruled Gaza Strip hasn’t been so quiet for the past two decades, it’s now the turn of the occupied West Bank to show signs of eruption.

As Hamas tries to export its resistance to the Palestinian Authority (PA) territories, President Mahmoud Abbas’ repeated warnings of a third, yet “peaceful”, Intifada in the absence of peace talks might finally materialise.

Twenty-five years ago this month, Hamas was founded in Gaza while the first Intifada (1987 to 1991) against the Israeli occupation erupted. The uprising was dubbed, retrospectively, the “stones Intifada” for it contrasted with the second “armed” Intifada (2000 to 2005).

In commemoration of the anniversary, rallies were organised in the West Bank on Friday by the Islamist movement and, a first since Hamas overthrew the PA in Gaza in 2007, authorised by Abbas.

Hamas had celebrated the anniversary of its creation in Gaza a week earlier, greeting Khaled Meshal’s first-time visit to the embattled strip of land with grand rallies.

Abbas’s Fatah party dignitaries in Gaza were allowed to welcome the head of the Hamas politburo. And in the wake of Israel’s eight-day military operation on Hamas in Gaza, Abbas ordered the release of Hamas activists imprisoned in PA jails.

So would these commemorations signal a thaw in relations between the competitive nationalist and Islamist groups?

On the face of it, add Israel’s onslaught on Hamas and Hamas’s self-declared victory to Abbas’s United Nations statehood triumph, and the competing national and Islamist groups, now on equal popularity footing, would seem to want to mend their five-year schism.

But when on Friday thousands of Hamas supporters assembled in the main cities of the West Bank, displaying, in a sea of green Islamic flags adorned with Quran inscriptions, the true potency of the Islamic Resistance Movement in PA-administered territories, they were contained by Abbas’ security forces.

In Hebron, demonstrators attempted to cross the Israeli-controlled ‘H1’ sector of the divided city to confront Israeli troops stationed there. Instead, they ended up battling Palestinian policemen in the Palestinian-administered ‘H2’ sector.

Yet, the Israeli defence establishment fears that Palestinians are on the brink of another Intifada in the West Bank, not just against Israel’s occupation and settlement policy but for de facto (in addition to de jure) independence of their upgraded state – this, despite the fact that Abbas’s modus operandi has proven fundamentally non-violent.

After all, Abbas outspokenly criticised the violence of the second Intifada, which, in effect, ended in 2005 when he was elected president. Since then, he’s been steadily and convincingly opposing armed resistance by Palestinian guerrillas.

Actually, security cooperation between Israel and the PA was reinforced (with little U.S. prodding) to unmitigated heights – to the extent that for the past seven years, the West Bank has been remarkably peaceful – until the last two weeks.

Why then would Abbas tolerate, even support, a new upheaval, or at least ride on its wave?

The U.N. General Assembly (UNGA) recognition of Palestine as “non-member observer state” last month enthused his West Bank constituency. But the next day, the elation turned to frustration and anger, as Israeli Prime Minister Benjamin Netanyahu responded to the UNGA vote by boosting Israel’s settlement enterprise.

His cabinet approved the construction of 3,000 housing units and furthered the planning procedures for thousands of additional units in and around East Jerusalem, especially in an area designated as ‘E1’.

If implemented, project ‘E1’ would sever occupied East Jerusalem from the West Bank, and thus would make the establishment of the capital of the future Palestinian state in the holy city virtually impossible.

That’s when the Israeli military comes into play.

Signs of eruption had hardly been noticeable. Weekly and largely peaceful demonstrations against Israel’s notorious separation wall, which dissects chunks of the West Bank, were staged as usual in the villages of Ni’lin, Bi’lin and Kfar Qaddoum.

But the Israeli military top brass paid attention to the changes on the ground.

Two Palestinians were killed in the West Bank while protesting the Israeli military operation. In Hebron, a soldier was slapped by a Palestinian security officer. And in Kfar Qaddoum this time, troops chose to run away from Palestinian stone throwers.

Filmed by Palestinian activists, the Kfar Qaddoum incident went viral on the web and, as a result, in the Israeli media.

There were those who, in fear of losing their military’s deterrence, advocated an uncompromising ‘iron fist’ policy against Palestinian demonstrators; other commentators, a minority, praised the Israel Defence Forces’ ‘soft glove’ policy for their “heroic restraint”.

“It’s better to accept embarrassment and criticism than to cause fatalities, to risk (…) an international trial and to inflict diplomatic damage. Restraint is power; restraint in the presence of cameras is also common sense,” stated an editorial in the liberal daily Haaretz in reaction to the “humiliating” YouTube clips.

The Israeli media spill-over also focused on the declaration attributed to “a high-rank Israeli officer”. “It’s our duty,” he declared, “to act proportionately and fire a weapon only as last resort. We don’t want to hurt non-combatants and fire indiscriminately.”

Yet, despite the intended rules of engagement, a Palestinian teenager was killed on Wednesday by a female soldier from the paramilitary Border Police unit at a checkpoint near Hebron.

The Israeli military fear the risk that they might lose control, or that Abbas might lose ground.

The first Intifada was a popular uprising, which the Palestinian Liberation Organisation, then in exile in Tunis under the leadership of Yasser Arafat, joined belatedly. When Arafat tried to “ride” the second Intifada “tiger”, he failed.

Two years after the start of the “Arab Spring”, the risk of a third Palestinian uprising is precisely what Abbas might want Israelis to believe – if only to deter Netanyahu from adopting more “punitive” measures, and to try to influence Israeli public opinion ahead of the January general elections that, after a two-and-a-half-year hiatus, peace talks must be resumed.