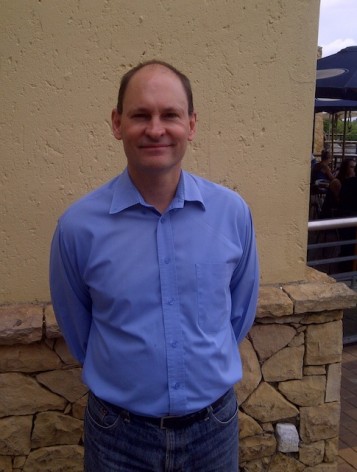 Peter Draper, one of South Africa’s leading experts on international relations and trade, says that since the BRICS emerged IBSA has slipped below the radar. Credit: John Fraser/IPS

JOHANNESBURG, Dec 24 2012 (IPS) - China’s presence in the leading developing nations alliance of Brazil, Russia, India and China has given the bloc an advantage that another developing nations club, India, Brazil and South Africa, has hitherto been lacking, according to Peter Draper, one of South Africa’s leading experts on international relations and trade.

“There seems to be substantial business interest in the BRICS, which has perhaps ironically become a marketing label for each member state government to use to propel trade and economic ties among their respective business communities,” Draper, a senior research fellow at the South African Institute of International Affairs, who just returned home from a series of G20-related meetings in Moscow, told IPS.

Q: Is it commerce and economics, or mainly politics, which was behind the creation of IBSA and the BRICS?

A: Politics is the primary driver of both. IBSA was established with the express purpose of lobbying for United Nations Security Council seats for each member. Along the way it has morphed into broader foreign policy and, of course, economic realms. The fact that each of its members is a significant democratic developing country power gives it an extra “glue”, but it is not obvious to me that this can sustain the grouping.

Indeed, there is a view that one of China’s principle aims in supporting South Africa’s BRICS membership was to undermine IBSA, thus bringing each country closer to its authoritarian/state capitalist mode of governance. Having said that, I think that the principle driver of the BRICS is geo-economic, particularly the reform of the international financial and trade systems.

Q: Do we need both IBSA and the BRICS, and are they sustainable?

A: From a South African point of view I think we do. The discussion among democratic developing states is important; otherwise we risk being too influenced by the big Eurasian authoritarian powers of China and Russia.

Geographically we are also closer to these two countries – India and Brazil – and we are in some currently small measure well placed to facilitate trade and economic links between ourselves. In other words, we have more in common with India and Brazil than with Russia or China.

But leveraging China’s weight in particular, in international geo-economic discussions, is a good goal to aim for even if it is challenging to deliver in practice. Hence that is where I would push the BRICS discussion.

Q: What is the next step in the evolution of either or both blocs? A move to a Free Trade Area, or the establishment of a full-time secretariat?

A: Neither. I think they will both remain informal groupings for the foreseeable future, coordinated by member state governments. In this light I wouldn’t call them “blocs” per se, rather “clubs” or “groupings” – to convey their informal and non-binding nature. More like the G7 or G8 in design.

Q: Do you foresee greater coordination of policy, and thus negotiation clout by these developing nations, in global fora on economics, the environment and so on?

A: There is already quite a lot of coordination on the international stage, with varying degrees of success. I expect this to continue, to the extent that key targeted organisations, such as the UNFCCC (United Nations Framework Convention on Climate Change) and the WTO (World Trade Organization), or groupings, and especially the G20, are actually advancing.

Q: Do you think there is any conflict between South Africa’s relationships with other leading emerging markets and its ambitions in Africa?

A: If the primary focus is external economic diplomacy, as I described earlier, then not really. In fact, SA can leverage its relationships with these powers – especially China – to support African development and even moderate its partners’ behaviour at the margins. At the business level there is obviously substantial competition, but also an emerging set of partnerships oriented towards African markets, such as the relationship between South Africa’s Standard Bank and China’s ICBC (Industrial and Commercial Bank of China).

Q: Is much notice being taken in Brussels, Washington and Tokyo of the BRICS and IBSA?

A: The BRICS have attracted a lot of attention, much of it deeply sceptical. IBSA attracted considerable attention when it was formed, but since the BRICS emerged it has slipped below the radar, in my view. Obviously any formation that includes China will be closely scrutinised in the West.

Q: You have just returned from Moscow. What is your current assessment of Russian backing for the BRICS?

A: I get the sense that they take the BRICS seriously, and they see value in the BRICS for coordinating policy in international negotiations and as a way to support efforts to replace the dollar in global transactions. However, I don’t see them supporting a BRICS Development Bank, which has been suggested, as they have already set up a Eurasian Development Bank, and their reserves are being dedicated to that. When it comes to big, grand projects, BRICS has its limitations.