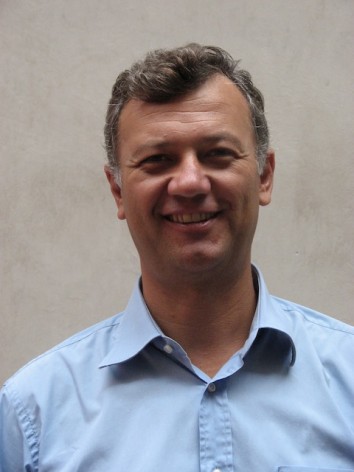 JOHANNESBURG , Jan 30 2013 (IPS) - Hindsight is a wonderful thing. Nonetheless, it is difficult to miss the irony in the following sentence from a news release, sent out by South Africa’s First National Bank on Jan. 17.

It reads:  “At 18:57, on 17 January 2013, FNB launched a new brand campaign with a live broadcast to South Africa. The broadcast carried a message from the voices we don’t often hear, the children of our great country. A message we believe will inspire the nation.”

It is debatable whether the nation was inspired, but certainly the governing African National Congress (ANC) party was incensed.

For, as well the messages from the children of South Africa in the advertisement itself, there were far more outspoken video clips posted by FNB on YouTube with children expressing strong criticism of government, and of one government minister – to which the ANC took strong exception.

On Friday Jan. 25, the bosses of FNB and of its parent company Rand Merchant Bank (RMB) were summoned to the ANC’s headquarters in downtown Johannesburg – which is just a few minutes stroll from FNB’s own headquarters.

The bankers apologised, fully aware that the ANC and the South African government at national, provincial and municipal level, is a multi-billion dollar customer of FNB.

The apology might have been intended to end the matter, but it didn’t. Controversy raged on.

First National Bank’s charismatic CEO Michael Jordaan was forced to deny he had resigned over the issue, and the bank still insists its campaign – entitled “You Can Help” – will continue.

As discussion has raged on the media and elsewhere, there has been debate about whether the criticism of the politicians by the children who appeared in the YouTube clips had been scripted.

The bank said the TV commercials were scripted, and the child actors were paid for these, but the more outspoken interviews which the bank posted on YouTube were not. These have been characterised by FNB as “research clips.” First National Bank has been keen to point out that its apology was specifically related to the YouTube clips, and that it stands by the TV campaign, which it does not believe is offensive.

However, the incident has highlighted once again the uneasy relationship between business and government in South Africa, and the extent to which business needs to tread carefully if it wishes to avoid irritating the ANC government.

The current clash has brought back memories of February 2007, when the then head of RMB Paul Harris was forced to axe an anti-crime advertising campaign because it was perceived by the politicians to constitute an attack on government.

Petrochemical and synthetic fuels company Sasol has also been at the receiving end of ANC anger for appearing to criticise black economic empowerment in South Africa, in a document which it filed with the New York Stock Exchange.

And there have been frequent tensions between the mining sector and ANC ministers, with London-based mining house Anglo American having been a target for particular criticism.

Helen Zille, the head of the opposition Democratic Alliance party, in a statement on Jan. 30 suggested that: “FNB buckled and withdrew the video clips after the ANC argued they could deter investment.

“That is deeply ironic. The ANC’s bullying of a private company, its apparent ability to influence state tenders, and its failure to understand the constitutional right of free speech, will do far more to kill investment than anything a child might have said in a YouTube clip.”

Zille suggested that the ANC put pressure on the bankers, by threatening to withdraw government business, a suggestion that was dismissed by ANC spokesman Jackson Mthembu.

“It is only people like her who have such a simple-minded approach,” he told IPS.

And FNB’s head of corporate communications Virginia Magapatona also shrugged off the suggestion.

“To date, it’s been business as usual,” she told IPS.

Jordaan himself was unwilling to continue discussing the issue when he was approached by IPS.

“After nine days of discussion on one advertisement, we consider the matter closed,” he stated.

Mthembu also insisted that the matter is now over, despite the continuing flurry in the South Africa media and social media.

“We are done,” he said. “The matter is closed. We have resolved the matter and we are happy.”

Pretoria-based businessman Mario Pretorius, who is CEO of JSE AltX listed telecommunications company Telemasters, told IPS that he believes there has been permanent damage to relations between business and government from the FNB-ANC clash.

“I think the ANC has over-reacted,” he said. “The constitution allows freedom of expression, but if there is something which breaches the law, the ANC should say what it is.

“If not, the law allows us the right to express our opinion.”

Pretorius suggested that following the apology from the bank to the ANC “the ANC now thinks it can get anyone to run away.”

He agreed with Zille that FNB has put its business interests above principle.

“I am appalled you can put the expediency of having (a government) account above principle,” he said.

“I think business is now on the back foot, and maybe in a permanent way.”

However, the head of the Johannesburg-based Brenthurst Foundation research and advisory body, Greg Mills, suggested that tensions exist elsewhere in Africa between governments and business.

“Of course this will happen elsewhere in Africa – as elsewhere in the world – but usually in those countries with autocratic systems, where governance and choice is subject not to law, but to political whim,” he said.

And when asked whether such a clash would have been as public elsewhere in Africa, he responded: “In some other countries, yes.

“But it’s also an indication of South Africa’s great strength in its free press, civil society and business community.”

There have been few signs of the debate dying down just yet, with the relationship between business and government in South Africa also being highlighted in the recent election of businessman Cyril Ramaphosa as deputy president of the ANC.

If he can provide an effective bridge between the politicians and business people in South Africa there may be fewer public spats.

And in the short-term, it is almost certain that business will tread more carefully, having seen once again how sensitive the Pretoria government is to criticism.

“There isn’t a complete understanding of how business operates,” said Neren Rau, the CEO of the South African Chamber of Commerce and Industry, a business organisation.

“What is sometimes lacking is an understanding of the objectives of business, the manner in which businesses are governed and performance-managed.

“I believe the ANC’s reaction could have been more restrained.  It would be foolish for FNB to compromise their relationship with a key client (government) so there can be little doubt that they had bona fide intent in eliciting views toward a better South Africa.”

Rau said that initially the clash has had a negative impact on relations between government and business.

“But it was positive in respect of how this was amicably resolved,” he added.

“The ANC at least is becoming sensitive to investor perception and business confidence, which was sometimes discounted in the past.  It will remain a positive outcome if business does not lose heart in continuing to pursue constructive engagement toward a better South Africa and if we can more actively engage on matters of investor and business confidence.”