U.N. Aims at Sustainable Energy for All by 2024 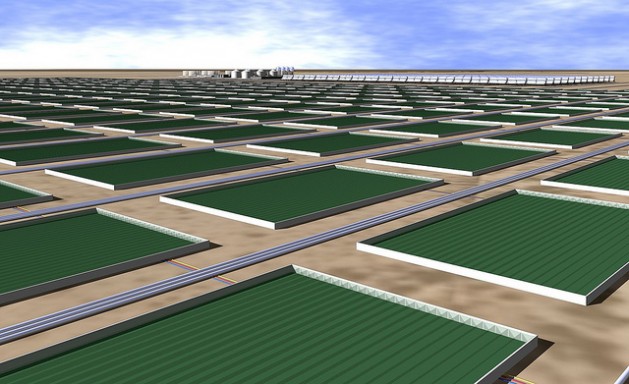 UNITED NATIONS, Jan 10 2013 (IPS) - When the General Assembly wound down its 67th session in late December, it underscored the key role for energy in the U.N.’s post-2015 economic agenda by declaring 2014-2024 the “Decade of Sustainable Energy for All”.

The declaration, adopted unanimously by the U.N.’s 193 member states, was followed by grim statistics: over 1.3 billion people worldwide are still without electricity, and more than 2.6 billion people rely on traditional biomass for cooking and heating.

The General Assembly also expressed concern that “even when energy services are available, millions of poor people are unable to pay for them.”

Even before the resolution was adopted, Secretary-General Ban Ki-moon warned, “There can be no sustainable development without sustainable energy.”

There is growing recognition among world leaders that access to energy is crucial for achieving the U.N.’s Millennium Development Goals (MDGs), including a drastic reduction in extreme poverty and hunger by 2015, he added.

The importance of energy – including bio-energy, geothermal energy, hydropower and ocean, solar and wind energy – for sustainable development will be one of the key issues at the World Future Energy Summit in Abu Dhabi, United Arab Emirates (UAE) next week.

The summit will be part of the Abu Dhabi Sustainability Week, Jan. 13-17, which will run parallel to the International Water Summit promoting water sustainability in the world’s arid regions.

Asked about the current energy situation, Uchita de Zoysa, executive director of the Centre for Environment and Development, told IPS that energy in the modern era is a gateway for well-being and prosperity and can no longer be a luxury for a large part of humanity.

“Energy necessarily should be pursued as a human right,” he argued.

In a world where inequitable opportunities for development are partly based on energy, the failing global negotiations on addressing climate change need to fundamentally address sustainable consumption and production opportunities for all, De Zoysa said.

“No negotiations can succeed by marginalising a part of humanity from their right to well-being and prosperity. Each community and individual needs to be provided an equitable opportunity to progress and prosper in life,” said De Zoysa, who is also chairman of Global Sustainability Solutions and facilitator of the People’s Sustainability Treaties.

According to the International Renewable Energy Agency (IRENA), renewable energy technologies are now the most economic solution for off-grid electrification and grid extension in most areas, as well as for centralised grid supply in locations with good resources.

She said the role of the United Nations will be to keep the partners focused on the holistic needs of the poor, rather than on the needs of big utilities or other industries. This means, for example, that the energy can’t be just “available”, or success measured only in kilowatt hours produced.

“Energy needs to be affordable too, and reach the people in need,” she said.

Energy solutions must support local societal and environmental goals and not worsen water scarcity, pollution levels or other problems. The hidden costs of these and other impacts must be considered when making plans and decisions, she added.

De Soysa said that “energy for all” should not become another obstacle to climate sustainability. It should become a sustainable development goal in the post-2015 U.N. agenda.

History has shown that carbon-based polluting energy sources have been a major obstacle to sustainable development and pose a clear threat to human existence on earth through aggravated climate change, said De Soyza, author of several books, including “It Has to be CLIMATE SUSTAINABILITY”.

Therefore, the responsibility of leadership from local to global is to provide sustainable energy for all, he added.

Sustainable energy for all could become a realistic sustainable development goal, he pointed out, “only if our high energy dependent consumption and production patterns are radically reformed.”

For sustainable lifestyles and livelihoods to emerge popularly on earth, the carbon-based “brown economic model” should be eradicated, De Zoysa stressed.

Kosonen told IPS it is important to keep in mind that energy efficiency and renewable energy solutions, such as wind and solar, save water resources for other uses. This is due to their low to no water requirements, compared to the water-hungry lifecycles of coal and nuclear power plants, in particular.

Asked about the role of the United Nations, she said the world body must ensure that the solutions promoted are in line with other development goals. Energy needs and solutions must be assessed as a whole, instead of focusing only on electricity, she added.

“And the United Nations will have to continue to play a role in connecting different players, aligning the efforts of existing institutions towards common goals, helping to mobilise financial resources and technology transfers, and to ensure accountability and transparency around pledges made,” she said.

Asked if the U.N.’s “Decade of Sustainable Energy For All” will make a difference, Kosonen said: “This remains to be seen, but we surely hope so, because the goal of providing sustainable energy for all couldn’t be more topical and important.

“We are encouraged by the declaration’s strong emphasis on renewable energy and energy efficiency – the truly sustainable solutions for our energy challenges.”

Predictable funding as well as policy and technical support is needed from wealthy countries, while political leadership is needed from developing countries to ensure the integration and priorisation of sustainable energy access in the core development planning and policy frameworks.

“What’s needed from all sides is long-term commitment,” she said.