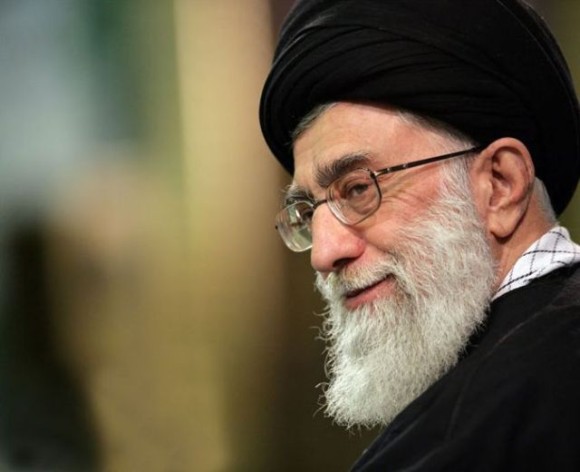 According to a study released Tuesday by the National Iranian American Council (NIAC), “there is a clear disconnect between the stated goals of the sanctions policy (a change in the Iranian calculus in regard to its nuclear program) and what sanctions have actually achieved.”

Sanctions have not induced significant Iranian concessions because the Iranians have been given little or no reason to believe that such concessions will bring significant relief from sanctions.

Based on interviews with senior Iranian political officials, analysts and members of the business community, the report argues that key Iranian regime stakeholders have not begun “building narratives that enable such a course correction” nor started “lobbying the government for a shift in policy”.

“[Iran’s nuclear programme] appears at best entirely unaffected by the sanctions or at worst partly driven by them in the sense that escalating sanctions as a bargaining chip also gives Iran the incentive to advance its program for the same reason,” argue report authors Bijan Khajehpour, Reza Marashi and Trita Parsi.

“…It is highly unlikely that the regime will succumb to sanctions pressure at a time when its narrative remains unchallenged, key stakeholders are not visibly lobbying for policy shifts, no proportionate sanctions relief is put on the table by the P5+1, and capitulation is seen as a greater threat to the regime’s survival than even a military confrontation with the United States,” according to the report.

Indeed, despite four rounds of U.N.-ratified sanctions on Iran imposed between 2006 and 2010, and unilateral sanctions imposed by the U.S. and EU that led to Iran’s currency losing 40 percent of its value in 2012, Tehran has not made nuclear concessions favourable to the P5+1 (the U.S., Britain, France, Russia, China plus Germany) during negotiations.

“Sanctions have not induced significant Iranian concessions because the Iranians have been given little or no reason to believe that such concessions will bring significant relief from sanctions,” Paul Pillar, a former top CIA analyst, told IPS.

Calling Western sanctions against Iran “underwhelming”, Mark Dubowitz, the executive director of the Foundation for Defense of Democracies, a Washington-based group which strongly advocates for sanctions on Iran, wrote in June 2012 that only “economic warfare” would compel Iran to halt its nuclear programme.

“And, if that’s insufficient to get Khamenei to strike a deal – and there is unfortunately no evidence so far that it will – the president needs to unite the country in moving beyond sanctions and preparing for U.S. military strikes against Iran’s nuclear weapons program,” concluded Dubowitz in his foreignpolicy.com article.

But Pillar was critical of the notion of sanctions as an alternative to military action.

“A fallacy in the common view of sanctions and military attack as being two alternative ways of dealing with the same problem is the tendency to think of sanctions in isolation, without regard to the diplomacy that must accompany sanctions for them to be of any help,” said the former national intelligence officer for the Near East and South Asia from 2000 to 2005.

“Merely piling on more sanctions without providing necessary incentives would probably only increase the risk of impasse leading to military conflict – both because it would confirm the Iranian belief that the West is interested more in regime change than in making a deal, and because it would encourage those in the United States and Israel who would welcome a war to argue that sanctions had been ‘tried’ and military force was the only option left,” he said.

While Iranian Leader Ayatollah Ali Khamenei would be deeply distrustful of U.S. intentions with or without sanctions, Ahmad Sadri, an Iran expert at Lake Forest College, told IPS that a change in Iran’s nuclear policy is possible.

“The imperious attitude and the coercive politics of sanctions have left no doubt in [Khamenei’s] mind that America is not after a deal to limit Iran’s nuclear programme. In his mind, the aim of America is nothing less than regime change,” he said.

But while “the case is already prejudiced…we are talking about motivated negotiators,” Sadri told IPS.

“Although the Iranian economy is far from a collapse, the vulnerable classes are feeling the pinch of the skyrocketing prices…the effect sanctions could have are not direct. They are not smart. They do hurt the common people. But also, the government is interested in bringing them to an end,” he said.

According to Sadri, if the P5+1 wants Iran to agree to their demands, they must change their view and approach to Iran and the diplomatic process.

“They must want to end the impasse without humiliating a country with two and a half millennia of history and two centuries of resisting colonial encroachments. They must negotiate in good faith and offer Iran an honourable deal with a face-saving way out of the impasse,” he said.

Iranian officials expressed disappointment after more details of a revised package by the P5+1 that included only slight sanctions relief was revealed in Istanbul during “technical” talks on Mar. 19.

In a Mar. 20 speech marking the Iranian New Year, Ayatollah Khamenei again insisted that any deal on its nuclear programme must include acknowledgement of “Iran’s right to enrich uranium for peaceful purposes”.

“Past experiences and the existing conditions show that the Americans are not after resolving this issue and they want the nuclear issue to remain unresolved so that they have a pretext to pressure and ‘cripple’ the Iranian nation. Of course, much to the dismay of the enemies, the Iranian nation will not be crippled,” he said.

Iran and the P5+1 group are due to meet again in Almaty, Kazakhstan on Apr. 5 and 6.

“The U.S. and the other P5+1 countries need to couple their demands on Iran with offers of sanctions relief more significant than they have offered so far, and they need to make clear that they accept Iran’s right to have a peaceful nuclear programme, to include enrichment of uranium,” said Pillar.

“More generally they need to make clear that they are willing to do business with the current Iranian regime and that they are not more interested in overthrowing it,” he said.