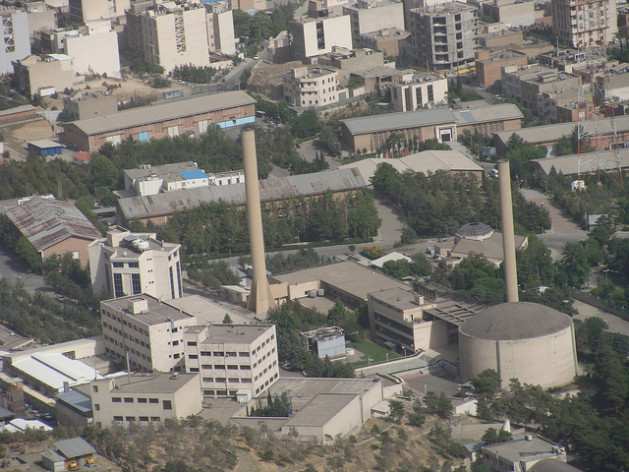 HONOLULU, Hawaii, Mar 10 2013 (IPS) - The meeting between Iran and the so-called P5+1 (five permanent members of the U.N. Security Council plus Germany) that took place in late February in Almaty, Kazakhstan was described as positive and even a “turning point” by Iran’s chief nuclear negotiator, Saeed Jalili.

This positive reception has set the stage for the meeting of lower-level representatives from the two sides in Istanbul this coming week to iron out technical details for a second high-level meeting Apr. 5 and 6 back in Almaty.

Irrespective of what the results of the next meetings will turn out to be, two aspects of the February Almaty agreements are worth noting.

First was the decision by Iran to agree to quick follow-up meetings, a development that appears to have genuinely surprised Iran’s great-power interlocutors. Having been led to believe that the upcoming June presidential elections will lead to particularly contentious times in Tehran, the common wisdom had it that Iran would shy away from direct and substantive negotiations until after the vote.

The decision in favour of quick meetings constituted a clear signal that the nuclear talks are considered a vital interest of the state and are thus not to be affected by Iran’s intense intra-elite political competition.

A second related message has been conveyed by the complete lack of commentary on the part of President Mahmoud Ahmadinejad regarding what happened in Almaty. If anyone had any doubts that the office of the current president no longer has any input into the discussion of how Tehran will handle its side of the nuclear negotiations, Almaty should have put them to rest.

Iran’s Leader Ayatollah Ali Khamenei did mention in his Thursday speech to the Assembly of Experts that he had given his assent to Ahmadinejad’s effort to pursue an agreement with the United States through the mediation of Turkey and Brazil in 2010, but also insisted that he told “officials that the Americans would not accept, and they didn’t.” In Khamenei’s telling, Ahmadinejad’s failure seems to have sealed his irrelevance to the nuclear talks.

Still, the clarity regarding the systemic nature of decision-making on the nuclear file does not diminish the difficult and complex challenges facing Tehran as its negotiators prepare for the technical talks in Istanbul and the subsequent Almaty II meeting in early April.

The acknowledged slight shift on the part of the U.S. has given the Iranian negotiators the opening they need to make the case for their domestic audience that the talks with the P5+1 have finally changed from a forum for issuing demands to Iran into a process of give and take.

But the question of how to respond to the shift that has taken place has also clearly placed the onus on Tehran.

The P5+1’s decision to drop its demand that Iran immediately shut down its underground enrichment plant at Fordow and allow Tehran to keep some of its 20-percent enriched uranium for use in the Tehran Research Reactor (TRR) for the production of medical isotopes can be seen as a de facto recognition of Iran’s basic enrichment rights.

Although effective – as opposed to official – recognition is still far from satisfying Iranian demands, it offers an opening for a process of give and take that at least strongly suggests that official recognition will be part of the end game.

Furthermore, although the offered suspension of certain sanctions, such as the recently imposed ban on gold trade does not go far enough for Tehran, the poential for putting in place a reliable step-by-step process of exchanging layers of sanctions for increased limitations on Iran’s nuclear programme and enhanced verification of its peaceful nature is something that Tehran finds acceptable, with the understanding that there will be some sort of equivalency between the steps taken by both sides.

At the same time, the challenge of devising a sustained step-by-step process based on equivalency remains. For Tehran, the challenge is underlined by its ambivalence regarding Washington’s actual aims in the negotiations. It is sceptical that the Barack Obama administration is willing or able to put a stop to the dual-track process of simultaneously talking and pressuring Iran, even if Tehran takes the step of, for example, suspending operations at Fordow.

This ambivalence was openly expressed by Ayatollah Khamenei who, in a meeting with the members of the Assembly of Experts Thursday, said that the Westerners in the Almaty meeting “did not do anything important that can be construed as a concession; rather they only made a minor acknowledgement of just a fraction of Iran’s rights.” He went on to say, “in order to assess Western sincerity in the recent meeting, we should wait for the next meeting.”

The statement implies the belief that the U.S. has finally come to accept the reality that no matter how much economic and political pressure is exerted on Iran, Tehran will not waver on its right to pursue a nuclear energy programme.

The U.S. may have changed its calculations, but Khamenei’s focus on “American sincerity” still reflects his persistent scepticism about U.S. intensions. By his own admission, as well as reporting of various Iranian diplomats who have been involved in nuclear talks over the past decade, Ayatollah Khamenei has at various times supported negotiations.

But his support has also been accompanied by scepticism regarding Washington’s desire or ability to address some of Iran’s bottom lines regarding its pursuit of what it insists is a peaceful programme. The “go-ahead”, in other words, as it was with Ahmadinejad’s gambit with the Turkish and Brazilian intervention, has always been accompanied by the “it-will-not-work” caveat.

As the person now identified both domestically and internationally as being fully in charge of the nuclear file, the Leader has only himself on whom to use the “it-will-not-work” refrain and pay the domestic political costs if the negotiations fail as they have in the past.

As this new round of negotiations begins, he has to decide whether he is once again willing to accept, as he did between 2003 and 2005, the suspension of at least part of Iran’s enrichment programme in exchange for suspension of some sanctions on the part of the U.S. and Europe.

As a first step, the acceptance that neither of these suspensions needs to be considerable or major in terms of broader demands that both sides have on each other is a necessity. But the acceptance of a mini-step as a first move is by itself a sign that a process based on a more realistic understanding and expectation of what can be given and taken on the part of both sides has begun.