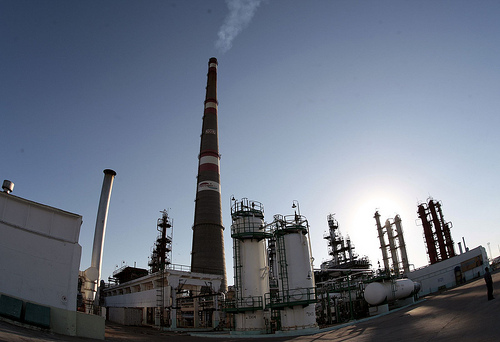 It will do this in spite of the growing internal economic difficulties that could complicate the country’s ability to maintain external cooperation commitments.

“It’s possible that Venezuela might reduce aid to other countries in order to deal with internal problems, but not if it risks losing its regional and international influence and leadership role,” Sébastien Dubé, an expert in political science at Chile’s Diego Portales University, told IPS.

Dubé said he had no doubt that if Maduro wins the presidential elections on Apr. 14, as expected, there will be continuity in Venezuela’s foreign policy and especially its external energy cooperation.

Maduro’s rival will be Henrique Capriles, the governor of the central state of Miranda, who was defeated by Chávez in the Oct. 7, 2012 elections. Analysts predict that the wave of grief over the 58-year-old Chávez’s death from cancer on Mar. 5, and the strong majority support that he enjoyed, will carry his chosen successor, vice-president Maduro, into office – bar surprises.

“Maduro will want to maintain the geopolitical influence that Chávez’s leadership brought to Venezuela,” Dubé said, pointing out that Maduro was foreign minister from 2006 until January this year.

In his view, “the strong ideological focus of the Venezuelan government indicates that if implementing its political strategy means continuing to run a fiscal deficit, so be it.”

Regional energy integration was one of the key focuses of Chávez, who governed the South American oil-producing country since 1999.

By means of the policy of energy integration and cooperation promoted by the state oil company Petróleos de Venezuela S.A. (PDVSA), Chávez distributed energy in the region in order to boost the development of the countries that had the most difficulty paying their energy bills.

The foremost example is the Petrocaribe energy alliance, created in 2005 and involving 18 countries to which Venezuela supplies up to 185,000 barrels per day (bpd) of crude.

Petrocaribe offers financing for up to 50 percent of the value of the oil, payable over 25 years at an interest rate of two percent.

The Petrocaribe programme extended new benefits to more countries than came under the San José agreement, signed in 1980, under which Mexico and Venezuela jointly supplied oil on preferential terms to 11 Central American and Caribbean countries.

In the view of economist Manuel Riesco, of the National Centre for Alternative Development Studies (CENDA), Chávez, “as a good soldier and exceptional disciple of (independence hero Simón) Bolívar, gave due importance to a key element of state developmentalist strategy in Latin America: regional integration.

“Integration is inevitable in Latin America, partly to compensate for the enormous gravitational attraction exerted by our giant neighbour to the North (the United States), which constantly draws our countries individually into its orbit,” he said.

It is also essential “in order to create the conditions to be able to compete in the global market of the 21st century, made up of huge market-states with hundreds of millions of people,” he added.

Over the last decade, Venezuela has also signed special energy cooperation agreements with Argentina, Brazil, Colombia, Ecuador, Peru and Uruguay. In addition, a partnership was formed between PDVSA and Petrobras, the Brazilian state oil company, to build the Abreu e Lima Refinery in Brazil.

Thanks to high oil prices, Venezuela “may have provided relief for the countries of Latin America that had preferential access to its crude, but it remains to be seen whether this policy is sustainable over time,” according to economist Alfonso Dingemans, who has a doctorate in Americas studies from the Institute of Advanced Studies of the University of Santiago.

Only time will tell whether Venezuela’s political and economic circumstances will allow “what has been maintained only by the charisma and leadership of Hugo Chávez to be institutionalised,” he told IPS.

“I doubt Maduro has the same political capability to continue developing the Bolivarian programme (of energy cooperation), or that the Venezuelan people would accept all the costs implied,” he commented.

“At some point the costs will become unsustainable,” he said.

In Dubé’s view, in contrast, for a future Maduro administration “to break its commitments would be a sign of failure, which the government will try to avoid at any cost.

“The calculation is that oil prices may rise again,” above 100 dollars a barrel because of growth in world demand, and that would enable Venezuela to keep its agreements intact, “an important factor in maintaining its ties and the influence it has over the countries that benefit from its assistance,” he said.

Dubé said that Chávez’s successor will also face greater difficulties on the domestic front, because of the demands of the Venezuelan public, in an economic environment in which several problems have accumulated, such as a high rate of inflation, the impact of the currency devaluation in February and the loss of purchasing power.

“The scenario in Venezuela is complex,” and that could cause problems for the countries that benefit from its cooperation, he said. “No other country in ALBA (the Bolivarian Alliance for the Peoples of Our America) has the energy or financial capacity to provide the support that Venezuela is giving them now,” he said.

ALBA, which currently has eight full member countries, was formed in 2004 on Chávez’s initiative, and focuses on the struggle for social inclusion and “21st century socialism”.

One of the members, Cuba, could find itself particularly affected by a change of strategy in Venezuela’s integration policy. At present it receives at least 53,000 bpd of oil on preferential terms, as part of a series of bilateral cooperation agreements.

“Aid from the Chávez administration was quite important for the Cuban economy, and the danger is that if that support disappears or diminishes, the island’s economy will take a nosedive again,” Dingemans said.

Riesco stressed that the energy agreements established by the Chávez government were not unilateral subsidies granted by Venezuela to other countries.

For instance, he said, “the favourable but reasonable long-term prices for oil supplied to Cuba are partly compensated by the significant and valuable contribution of Cuban doctors working in Venezuela.”

Dubé said as well that cooperation between Caracas and Havana is mutual, and that both countries will continue to need each other. “In political terms, Maduro needs the strategic, political and ideological support of the Castro brothers (Fidel and Raúl) to maintain his regional influence,” he said.

However, in his view, a victory for opposition candidate Capriles could bring about “a radical change in Venezuela’s foreign policy, realignment with the United States and countries with liberal (free market) economies, and an end to subsidies for Cuba and the ALBA countries.”

Riesco predicted that the policies of integration promoted by Chávez will continue in one form or another, because “they reflect the deepest strategic interests of the region and of Venezuela.”