Why Focus on Babies?

In this column, Joy Lawn, Director of Global Evidence and Policy, Saving Newborn Lives, Save the Children, writes that most of the three million deaths of newborn babies that occur every year can be prevented using simple and cost-effective solutions. Joy, who is also a professor of maternal, reproductive and child health epidemiology at the London School of Hygiene & Tropical Medicine, writes that the time has come for world leaders to put newborn lives at the top of the global health agenda.

LONDON, Apr 8 2013 (IPS) - I nearly died on the day I was born. My mother laboured for 24 hours in a bush hospital in northern Uganda that had no running water and no electricity. Fortunately, the midwife found a doctor, who had witnessed a Caesarian section, who managed to operate, saving my life and my mother’s. Today, had I been born in one of the many places across the world without adequate maternal and reproductive health care, I may not have survived my own day of birth. 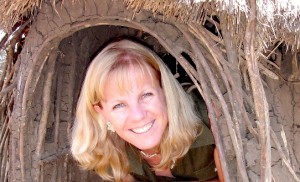 While many nations have made remarkable progress towards achieving maternal and child health goals – one of the greatest development successes of the last few decades – newborn death rates (in the first month of life) are declining one-third slower than progress for older children (after one month of age) and at half the rate of decline for maternal deaths.

Each year, three million newborns die, making up 43 percent of the world’s under-five child deaths. The moments before, during and immediately after labour are critical for the survival both mother and baby. Many brain injuries that cause long-term disability and rob the poorest countries of development and economic potential also occur around the time of birth.

Global health goals do not even account for the world’s 2.6 stillborn children, 1.2 million of whom die during labour and are totally preventable with better obstetric care.

Almost all these baby’s deaths stem from preventable causes: prematurity, birth complications and infections. Highly cost-effective solutions to these conditions have already been developed. For example, something as simple as “ Kangaroo mother care” can halve the death rate of preterm babies, preventing half a million deaths each year. This technique, which simply involves skin-to-skin contact between mother and child, provides warmth, promotes breastfeeding, and helps protect against infections.

Africa is now at a tipping point for saving lives, with half of births happening in hospitals. Yet, shockingly, essential equipment that could save newborns is often not available. Midwives and frontline workers are saving lives every day, but they would benefit greatly from access to basic tools and supplies.

Midwives seldom have the neonatal bag-and-mask device that helps resuscitate babies not breathing at birth. Many frontline workers are not trained to recognise common infections in newborns, and lack the antibiotics that would save hundreds of thousands of lives. Antenatal steroid injections costing less than a dollar are not administered to women in preterm labor, as many health workers are unaware that these would almost halve breathing problems in preterm babies.

Why is this care for newborns missing, even as we invest millions in healthcare for women and children? The single biggest reason is that newborn survival has only recently been recognised as a global health issue.

A decade ago we lacked data, and timely interventions were too complex. Now we have no excuse – the data are clear and the solutions are doable. Yet a recent study of 250,000 disbursements of aid from 2002 to 2010 showed that, before the year 2005, the word “newborn” barely occurred. While mention of newborns has since increased, only 0.01 percent of about six billion dollars in aid refers to newborn care interventions that would reduce infant mortality.

One thousand days before the deadline for the Millennium Development Goals, global and national leaders are waking up to the urgency and the opportunity of investing in newborns. If newborns survive, their families are more likely to choose to have fewer children. If they are healthy, the nation becomes stronger.

Meeting goals for preventable child deaths is more and more dependent on targeting newborns. Newborn health conditions, especially preterm births and stillbirths, affect all countries, rich and poor. Such deaths are a tragedy for women, families and communities, and rob nations of the development potential of future generations

In mid-April, many of the world’s leading newborn health experts will come together in Johannesburg, to focus on one of the world’s most solvable but neglected health issues, and lay the groundwork for a Global Newborn Action Plan, linked to national roadmaps.

Teams of experts and stakeholders from high-burden countries, led by their health ministries, will attend the conference, hosted by USAID’s Maternal and Child Health Integrated Program (MCHIP), Save the Children’s Saving Newborn Lives program (SNL), the Bill & Melinda Gates Foundation and the United Nations Children’s Fund (UNICEF), in collaboration with the World Health Organisation (WHO), UKAID and other partners.

Much of the discussion, which will be available to the entire global community via live stream through the Healthy Newborn Network, will focus on effective, low-cost and scalable interventions that already exist to address the leading causes of newborn deaths.

The development of a global action plan is proof that leaders are prepared to commit and hold themselves accountable to new targets to end preventable newborn deaths.

But leaders need support in the form of national data, reliable evidence and experienced advice to make context specific choices to accelerate change for their newborns and to build sustainable healthcare systems: in short, they require investments.

The main source of health funding in even the poorest countries comes from national governments, which must take up this call. Donor aid also has a role to play in helping governments achieve commitments they have set to reduce newborn mortality. Such donor aid has helped bring major changes to other urgent global health issues, including prevention and treatment of HIV/AIDS and the distribution of bed nets to prevent malaria.

The year 2013 has emerged as the moment to include the health and survival of newborn babies among the world’s priorities. As Melinda Gates recently said, “Next focus on the newborn”.

I survived my first day on this earth. Today, as you read this, nearly 8,000 newborns will be lost to grieving parents. We can – we must – do better.  The voices of families and advocates all over the world are sparking a movement that no longer accepts that babies are born to die.