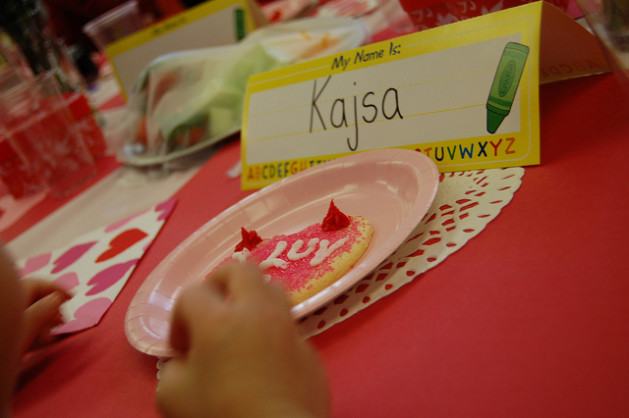 WASHINGTON, May 30 2013 (IPS) - Over 300 business, civil society and academic groups here are urging U.S. lawmakers to support early childhood education, months after President Barack Obama hinted that his administration would be pushing for a change in U.S. policy to support universal preschool.

Organisations supporting an open letter sent Wednesday include Macy’s, a national department store chain, the Committee for Economic Development and the University of Miami.

“The bigger challenge for me is most politicians, regardless of party, are wired to think short term and for the next election." -- Secretary of Education Arne Duncan

“The letter is specifically about getting the business community, both organisationally and individually, to demonstrate that there are groups outside of the typical parent organisations that care about this issue,” Colleen Wilber, vice-president of media relations at America’s Promise Alliance, the U.S.’s largest partnership dedicated to improving the lives of children, told IPS.

In February, during his annual State of the Union Address, President Obama outlined his administration’s plans for overhauling early childhood education. In the United States, only around 30 percent of four-year-olds are currently thought to be enrolled in high-quality programmes.

“Most middle-class parents can’t afford a few hundred bucks a week for private preschool,” President Obama stated. “And for poor kids who need help the most, this lack of access to preschool education can shadow them for the rest of their lives.”

According to the PEW Center for States, a research group here, children from disadvantaged homes can start kindergarten as far as 18 months behind, after which point it has been found to be extremely difficult for them to catch up. High-quality pre-school programmes, on the other hand, have been shown to improve early literacy, language and math skills by almost 50 percent.

Those groups involved in Wednesday’s open letter are now pushing for pre-school education for prenatal to five year olds, as well as home visits for families considered “at risk” starting at pregnancy, better teacher training and smaller teacher-to-student ratios.

“Many of us compete in the global marketplace. We see other countries investing in their young children both for the long-term benefits of a stronger workforce and the current benefits that come from enhancing the productivity of parents. To compete, we have to do the same,” stated the ReadyNation open letter.

Though there is still work to be done, Sarah Watson, director of ReadyNation, a part of America’s Promise Alliance aimed at emphasising business leaders’ support of early childhood development, which organised the new letter, says President Obama’s proposed reforms would constitute the largest expansion of the country’s early childhood development programme in a decade.

“It would be an enormous leap forward for the country,” she told IPS.

“It’s important to note that even if the entire plan were enacted, children would still have other needs. But the important point is that this is a very ambitious proposal, and if we enact even a significant proportion of it, it would make a huge difference.”

ReadyNation’s initiative is placing a significant focus on business perspectives. This move has allowed the group to compare the returns on investment in education to other expenditures.

Watson says that being able to offer such hard economic data made a huge difference in bringing together the business community and other constituencies. Studies have shown a return of seven dollars for every dollar spent on early education and development.

According to Secretary of Education Arne Duncan, speaking on Wednesday, many in the U.S. have yet to realise these economics.

“The United States badly lags behind other nations supporting early learning development,” Duncan said at a panel discussion here. “That’s an embarrassment and a missed opportunity for a huge return on investment.”

The Preschool Initiative, a large expansion to early childhood education programmes and home visits proposed by President Obama, though available to all U.S. children, is specifically aimed at struggling single parents and teenage parents.

Yet early education has been found to improve high school graduation rates by up to 16 percent, and college attendance by more than 50 percent, according to the PEW Center for States study.

According to Nancy Johnson, a former member of Congress, taking an inventory of successful early education and kindergarten programmes would now allow both state and the federal government to better understand what needs to be done to achieve this goal.

“What I worry about is that little rural school, and that [Preschool Initiative money] isn’t making it down to those schools,” Johnson said Wednesday, speaking alongside Duncan. “Both parties talk about smart government, but nobody does anything about it.”

Despite this new momentum, legislative progress for Obama’s plan still looks very complicated. Immediately after the president floated the reforms proposal in February, Republican members of Congress rejected it out of hand due to its expense.

Many Republicans expressed interest in fixing already existing initiatives, as opposed to created new ones that will cost an estimated 90 billion dollars. Several Republicans could not spot the difference between this new proposal and Head Start, a programme that has failed in the eyes of many. Obama appears to have a bit of an uphill battle in pushing this proposal through Congress.

“The bigger challenge for me is most politicians, regardless of party, are wired to think short term and for the next election,” Duncan said. “And this is the ultimate long-term investment.”