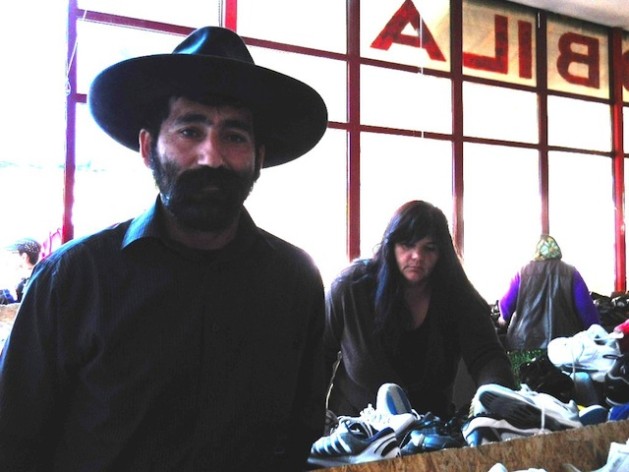 PRAGUE, May 4 2013 (IPS) - As the Czech government comes under fire for apparently backtracking on commitments to inclusive education, Roma children and teenagers continue to be systematically shut out of Eastern Europe’s mainstream education system.

A string of recent court rulings has revealed the depth of the problem – and should have forced governments into action to redress the situation.

But despite these, and calls from bodies like the European Court of Human Rights for authorities to ensure Roma have proper access to mainstream schooling, there has been a lack of any serious action, NGOs and rights groups say.

“Research has been done in a number of countries documenting segregation and court judgements have confirmed that discrimination in access to education is a common practice.

Meanwhile, recent court rulings have confirmed individual cases of educational discrimination of Roma in countries such as Croatia, Greece, the Czech Republic, Slovakia and Hungary.

The discrimination ranges from overt segregation where Roma children have been taught in separate classes at mainstream schools, to the placement of Roma children in schools for the mentally handicapped – noted by the European Court of Human Rights as being widespread – because of systemically flawed and discriminatory testing.

One study by the Open Society Foundation claimed Roma children in Slovakia and the Czech Republic were 28 and 27 times more likely, respectively, to be put in special schools than non-Roma pupils. Another study by the Czech School Inspectorate from 2011 suggested that more than 3,000 pupils in such schools had been placed there without any testing at all.

Children as young as six or seven can be sent to these schools – renamed ‘practical schools’ recently in what critics say was a merely cosmetic change to the education system – and they have been repeatedly criticised for offering a limited curriculum and effectively preventing children reaching their education potential, deepening a cycle of poverty and deprivation among Roma.

Ciprian Necula, a 32-year-old Roma activist living in Bucharest who works on projects to help end discrimination against the Roma in Romania, told IPS what happened to Roma children placed in special schools in his country.

He said: “Just as one example, in Dumbraveni, central Romania, around 500 Roma kids go to special needs schools although they are normal. This is because they only speak the Roma language and would not fit in at normal schools and their parents are happy because their kids go to a school where they get a warm meal.

“But when they get to high school age they do not know how to read or write, only how to draw.”

However, Roma parents are often happy to send their children to such schools because they are poorly informed of what it will mean to their child’s educational development to attend such a school and also out of fear of their child being bullied in a normal school or because the costs of sending them to a mainstream school further away would be too high.

The Czech government had previously pledged to phase out ‘special schools’ as part of a commitment to inclusive education.

But comments just a few weeks ago from the Czech government’s plenipotentiary for human rights, Monika Simunkova, suggest that the process of closing ‘practical schools’ will have to be pushed back from an original target of 2015.

NGOs fear that the government is now backsliding on its commitments to ending discrimination under pressure from non-Roma parents, teachers from practical schools and special psychologists who recently garnered over 70,000 signatures for a petition against the closing of practical schools.

They say though that fear of closing the schools is irrational as the phasing out of the school should be carried out in conjunction with mainstream schools being given the support to allow them to provide children with the necessary help to meet their individual needs.

Amnesty International, the European Roma Rights Centre and the Open Society Justice Initiative last month sent an open letter to the Czech government calling on it to implement a moratorium on placements of Roma children with disabilities in practical schools, and undertake a comprehensive review of the system to ensure compliance with international and regional standards on education and non-discrimination.

The government has yet to respond to the letter.

However, there have been some examples of positive recent change on educational discrimination in the region. In Sarisske Michalany in Slovakia, one school where Roma children were until last year taught in separate classes on separate floors and were served separate lunches, has now fully integrated all non-Roma students following a ruling by the European Court of Human Rights.

And local NGOs say that, as they had hoped, the situation there is ‘positive’ with Roma children being provided fully inclusive education.

Stefan Ivanco of the Centre for Civil and Human Rights (Poradna), told IPS: “The school has started the process of introducing inclusive education principles and desegregation and what is also positive, so far there has been no indication of any ‘white flight’ or non-Roma pupils leaving to go to other schools.”