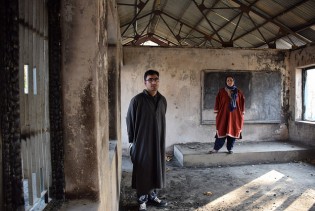 By Ashfaq Yusufzai
Following scattered defiance of the Taliban earlier, a new wave of students is now heading for education in schools and colleges across the troubled north of Pakistan.

By Maryan Qasim
Somalia is well-known for being a country torn apart by decades of conflict, by hunger and instability. Today, with fragile stability emerging and a new government in place, there is an opportunity to define a new future of peace, prosperity and justice.

By Ashfaq Yusufzai
Eight-year-old Muhammad Akram was forced to quit school when he was in the second grade, when the Taliban destroyed the small, government-run school that he and his brother had been attending.
ADVERTISEMENT ADVERTISEMENT