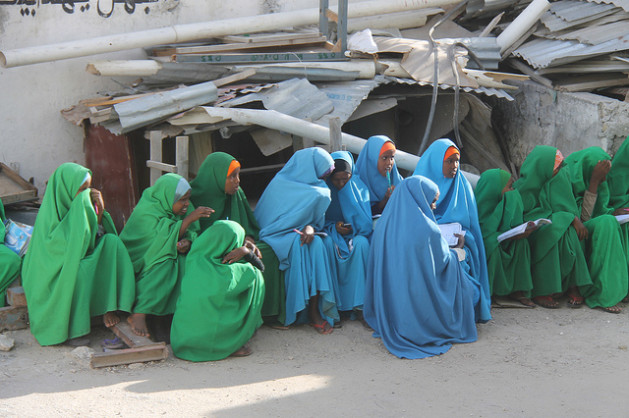 The Somali government, in conjunction with the United Nations Children’s Fund has begun a campaign to get one million Somali children to school. Credit: Abdurrahman Warsameh/IPS

MOGADISHU, Sep 14 2013 (IPS) - Somalia is well-known for being a country torn apart by decades of conflict, by hunger and instability. Today, with fragile stability emerging and a new government in place, there is an opportunity to define a new future of peace, prosperity and justice.

The capital city, Mogadishu, is changing at an extraordinary pace. On the streets the “thwack-thwack” sound that rings out in the mornings is not the clatter of machine guns, but the sound of hammers. The painters are painting and signs of construction are visible everywhere. There is hope.

Yet, that hope can only bear fruit when we have built the right foundations for our children.

Today in Somalia, the United Nations Children’s Fund estimates six out of 10 children aged between six and 12 have never seen the inside of a classroom. Never had the joy of discovering how to read, to write their name and translate numbers into practical knowledge. Never had the pride of a teacher telling them they have done well and encouraging them to do even better. Never belonged to a school community, where in that safe space they can learn to dream and believe in their potential.

I believe the success of a stable Somalia can only be measured by reversing the numbers of children, who are deprived their right to an education and by getting them into school, giving them hope to believe in a common future.

This month the country is mounting the Go-To-School Initiative (“Aada Dugsiyada”), which aims to enrol an additional one million children and young people back into the education system over the next three years. As part of this first phase we are enrolling nearly 100,000 additional primary school children across Somalia.

Schools will teach our children the basic skills of reading and writing skills, but more importantly it will educate them on what peace looks like by providing them with the stability of going to school every day and the experience of continuity and stability rather than violence and insecurity. 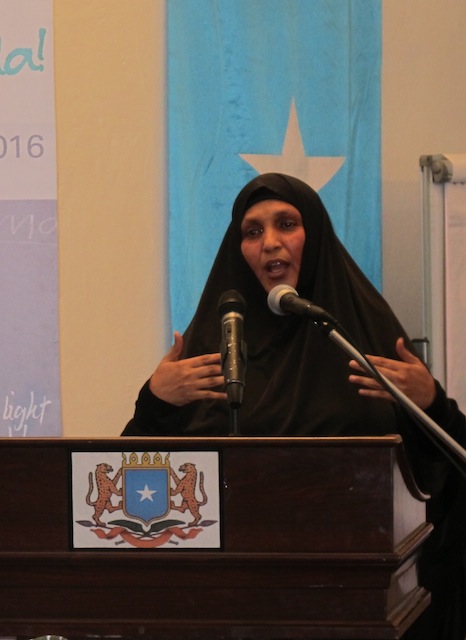 Somalia’s Minister for Human Development and Public Services Dr Maryan Qasim says that the success of a stable Somalia can only be measured by giving children an education. Courtesy: Susannah Price/UNICEF

Of course this is only the first step in reaching our ultimate goal of providing free quality education to all Somali children. But it is a quarter of the number of children and young people who are currently out of school and it is a historical first step in breaking with the past.

Its success though is a collective responsibility. Already, the Somali community has shown incredible support – volunteering and working with us day and night out of a deep sense of responsibility towards their country.

Yet, despite the billions spent on securing the military victory, we urgently need a much greater investment now in the social sector. We cannot build schools, train teachers, and provide school books without these resources.

So while international partners have yet to commit, we have to rely on innovation and what little funding infrastructure we have to get children back to school.

My own dream is of a united, peaceful Somalia – at peace with itself, its neighbours and the rest of the world. My dream is for every Somali child to be in a safe and secure learning environment with quality education.

My dream is to see a Somalia where children are not afraid; where they can play out in the open fields like we used to play in our villages.

My dream is for Somalia to become a productive member of the community of nations and a country where the rule of law is respected, human rights are upheld and a country on the path of economic and human development.

I know that my dream can only become a reality by providing children with the opportunity to learn. After all, peace, education and development ought to be basic right, not luxuries, for every child in the world – including Somalia.

A more educated Somalia is a more peaceful Somalia.