In this column for IPS, Clara Nieto, a former Colombian ambassador to the United Nations, discusses the intersection between Colombia’s peace talks and post-Chávez Venezuela.

BOGOTA, May 7 2013 (IPS) - The crisis in Venezuela caused by the violent opposition of followers of Henrique Capriles, who is accusing President Nicolás Maduro of election fraud, and peace talks between the Colombian government and the FARC guerrillas in Havana, are occupying the attention of national and foreign media.

Cuba and Norway are guarantors of the Colombian peace negotiations, and Venezuela and Chile are observers. Commentators and analysts of all stripes are wondering about the role of Venezuela and its late president Hugo Chávez (who died of cancer Mar. 5), and of Cuba and the Castro brothers, in this process that aims to end 50 years of armed conflict.

Bogotá and the FARC (Revolutionary Armed Forces of Colombia) chose Havana as the location for the talks. Cuba has been a friendly nation to the guerrillas, which gives them confidence and a sense of security. 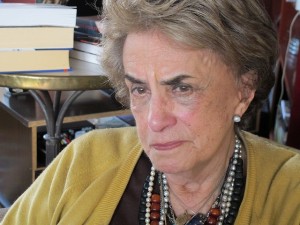 However, according to José Arbesú, a high-ranking official in the Communist Party of Cuba, his country has not given the Colombian insurgents arms or funding, as it did in the case of Central American rebels decades ago when they were involved in civil wars against brutal and corrupt dictatorships.

Santos sought an understanding with Cuba, talked of inviting the country to be an observer at the Fifth Summit of the Americas, a United States-backed project that excluded the Caribbean island nation, and sought the support of Fidel Castro and President Raúl Castro to hold secret exploratory talks with the FARC in Cuba. These led to a 10-point agenda that is the basis of the current negotiations.

Venezuela and Chávez supported Colombia in this. Santos reestablished good bilateral relations with Venezuela, broken off during the government of former president Álvaro Uribe, and created an atmosphere of peace and collaboration. Recently he stated that this support was crucial for achieving essential agreements in Havana.

Chávez, a friend to the FARC, regarded the Colombian conflict as a threat to the security of Venezuela. A solution was necessary to remove a pretext for the United States to intervene in their countries, he said. Venezuela is surrounded by U.S. military bases in the Caribbean, including seven in Colombian territory that former president Uribe ceded to the United States.

Peace in Colombia is a security issue for Venezuela, and also for Ecuador. Leftist insurgents and far-right paramilitaries cross their porous borders freely, and thousands of undocumented Colombian refugees flock to the neighbouring nations, fleeing the conflict and the chemical spraying intended to eradicate coca crops (ordered by the United States) that poisons their families and animals, and destroys the soil and subsistence crops.

Chávez, the main challenger to Washington’s influence in Latin America, was the architect, along with former Brazilian president Luiz Inácio Lula da Silva, of regional integration systems that exclude the United States (such as the Union of South American Nations, UNASUR).

Chávez was more than a pebble in Uncle Sam’s shoe, and it is in the U.S.’s interests to eradicate Chavismo. This poses a major threat to President Maduro, his successor.

The Venezuelan right, headed by Capriles and supported by the international far right, is already on the move against the new president, purportedly “in defence” of Venezuelan democracy which it claims was violated and abused by “the dictator” Chávez.

Meanwhile, the moment is ripe for Colombia’s peace plans. The most influential leftwing leaders in the continent, Chávez and Fidel Castro, repeatedly stated that the time for armed struggle was over. Chávez asked the FARC to release their hostages unconditionally and to end the fighting.

The conservative Santos, for his part, has co-opted some of the leftwing rebels’ core demands, such as redistribution of land to the destitute and to those whose land was taken by paramilitaries and guerrillas, and offering compensation for victims.

Uribe’s government, in which Santos was defence minister, hit the FARC hard and killed several of its top leaders. The guerrillas were not defeated, but they have been weakened.

The negotiations are taking place in the midst of conflict, and peace would be a boon. But they are demanding structural changes to ensure an equitable country – Colombia is the most unequal country in Latin America – with opportunities, land, health and education for all.

The Colombian far right, with Uribe at the head, is mobilising against the peace process, and encouraging discontent in the armed forces against the government.

And, if not U.S. President Barack Obama himself, the U.S. Southern Command is also active. General John Kelly, its commander, spoke at length in a presentation to Congress on Mar. 20 about the regional danger represented by the FARC, saying they had acquired surface-to-air missiles and submarines that could reach Florida, Texas or California in 10 to 12 days, and could travel as far as Africa.

Such statements could influence the Colombian military, which is hostile to negotiations with the guerrillas, and undermine the peace process. Kelly mentioned the joint operations carried out with the Colombian army against the FARC – an intervention in internal affairs and public order in the country – and he spoke in favour of the continuation of military action against the guerrillas.

The media are closely observing both these conflicts. In Colombia, most media outlets support the peace process. In Venezuela it remains to be seen whether Chavismo, without Chávez, will fully back Maduro, who is faced with a difficult scenario. There are many who are trying to not let him govern. Colombia needs peace in its important neighbour, and ought to have Venezuela’s support. Maduro has promised that it will.

* Clara Nieto is a writer and diplomat, former Colombian ambassador to the United Nations and author of the book “Obama y la nueva izquierda latinoamericana” (Obama and the New Latin American Left).