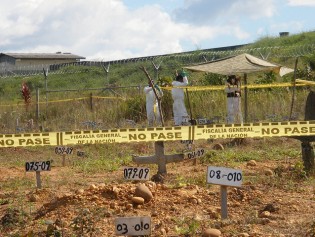 By Constanza Vieira
Colombia has suffered an internal armed conflict for so many decades that it almost amounts to a "forgotten crisis" for external donors. But the president of neighbouring Venezuela, Hugo Chavez, is well aware of the conflict, and understands that it destabilises Latin America, where centre-left governments proliferate.

By Constanza Vieira and Humberto Márquez
When 12 Colombian soldiers were killed by FARC insurgents a stone's throw away from the northern border with Venezuela, the consequences included military cooperation that reinforces the political, diplomatic and trade-related links that have developed over the past two years between Colombian President Juan Manuel Santos and Venezuelan President Hugo Chávez.

By Constanza Vieira
There have been "few tangible improvements" in human rights in Colombia, says Amnesty International’s new report, which also points to legal loopholes that ensure impunity, as well as government attacks on court rulings.