In this column, Ignacio Ramonet, editor of Le Monde Diplomatique in Spanish, writes that having survived the announced end of the world on Dec. 21, we can now try to foretell our immediate future, based on geopolitical principles that will help us understand the overall shifts of global powers and assess the major risks and dangers.

PARIS, France, Jan 9 2013 (IPS) - Having survived the announced end of the world on Dec. 21, we can now try to foretell our immediate future, based on geopolitical principles that will help us understand the overall shifts of global powers and assess the major risks and dangers. 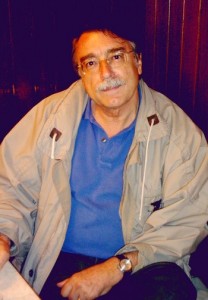 Looking at a map of the world, we can immediately see some hotspots lit up in red. Four of them represent high levels of danger: Europe, Latin America, the Middle East and Asia.

In the European Union (EU), 2013 will be the worst year since the beginning of the crisis in 2008. Austerity is the only creed and deep cuts to the welfare state continue because Germany, which for the first time in history dominates Europe and is ruling it with an iron fist, wills it so.

In Spain, political tensions will rise as the Generalitat de Catalunya (Government of Catalonia) decides the terms of a local referendum on independence for this autonomous community (province), a process that will be watched with great interest by the separatists in Euskadi, the Basque Country.

As for the economy, already in dire straits, it all depends on what happens – in the Italian elections in February; and on how the markets react to a possible win by conservative candidate Mario Monti, who has the support of Berlin and the Vatican, or by centre-left candidate Pier Luigi Bersani, who is the frontrunner in the polls.

Social explosions could occur in any of the countries of southern Europe (Greece, Portugal, Italy or Spain), exasperated as their people are with the constant cutbacks. The EU will not emerge from the doldrums in 2013, and everything could get worse if, on top of it all, the response of the markets is brutal (as neoliberals are urging) in France under the very moderate socialist President François Hollande.

In Latin America, 2013 will also be a year of challenges. In the first place, in Venezuela, which since 1999 has been a driver of progressive changes throughout the region, the unforeseen relapse in the health of President Hugo Chávez – re-elected Oct. 7 – is creating uncertainty.

There will also be elections on Feb. 17 in Ecuador. President Rafael Correa, another key Latin American leader, is expected to be re-elected. On Nov. 10 important elections will be held in Honduras, where former president Manuel Zelaya was toppled on Jun. 28, 2009. The Electoral Tribunal has authorised the registration of the Partido Libertad y Refundación (LIBRE – Freedom and Refoundation Party), led by Zelaya.

Chileans are due to go to the polls on Nov. 17. The unpopularity of conservative President Sebastián Piñera opens the way for a possible victory by socialist candidate and former president Michelle Bachelet.

International attention will be focused on Cuba as talks continue in Havana between the Colombian government and the Armed Revolutionary Forces of Colombia (FARC) with the aim of putting an end to Latin America’s last armed conflict.

Meanwhile, there again appears to be a stalemate in the Middle East, the location of the most disturbing events in the world.

But subsequent elections allowed reactionary Islamist parties, like the Muslim Brotherhood, to come to power. Now, as we are seeing in Egypt, they want to hold onto it at all costs, to the consternation of the secular segments of society who had been the first to rise up in protest, and are refusing to accept this new form of authoritarianism. Tunisia faces the same problem.

After following with interest the explosions of freedom in the spring of 2011, European societies have again become apathetic about what is going on in the Middle East.

For example, the inexorably deepening civil war in Syria clearly shows how the big Western powers (the United States, the United Kingdom and France), allies of Saudi Arabia, Qatar and Turkey, have decided to support – with money, arms and instructors – the Sunni Islamist insurgents. On all fronts, they are gaining ground. How long can the government of President Bashar al-Assad last?

In the face of the “Shiite Front” (Lebanon’s Hezbollah, Syria and Iran), the United States has built a broad regional “Sunni Front” (from Turkey and Saudi Arabia to Morocco, including Egypt, Libya and Tunisia). Its goal: to overthrow Bashar al-Assad and deprive Teheran of its big regional ally by next spring.

Why? Because on Jun. 14 Iran will hold presidential elections, in which incumbent President Mahmoud Ahmadinejad is not eligible to stand. In other words, for the next six months Iran will be immersed in a violent election campaign between partisans of a hard anti-Washington line and supporters of negotiations.

Given this situation in Iran, Israel will no doubt be preparing for a possible attack on Iran’s nuclear installations. The Jan. 22 elections in Israel will probably result in victory for the ultra-conservative coalition that supports Prime Minister Benjamin Netanyahu, who is all for bombing Iran as soon as possible.

Meanwhile, U.S. President Barack Obama is looking toward Asia, a priority region for Washington since it decided on a strategic redirection of its foreign policy. The United States is attempting to curb the expansion of China by surrounding that country with military bases and relying on the support of its traditional partners: Japan, South Korea and Taiwan.

China’s seas have become the areas with the greatest potential for armed conflict in the Asia Pacific region. Tensions between Beijing and Tokyo caused by the sovereignty dispute over the Senkaku/Diaoyu Islands could be heightened following the Dec. 16 electoral victory of Japan’s Liberal Democratic Party, led by the new Prime Minister, Shinzo Abe, who is a nationalist hawk.

China is moving full speed ahead with the modernisation of its navy. On Sept. 25 it launched its first aircraft carrier, the Liaoning, with the intention of intimidating its neighbours. Beijing is increasingly intolerant of the U.S. military presence in Asia. A dangerous “strategic distrust” is building between the two giants, which will doubtless leave its mark on international politics in the 21st century.