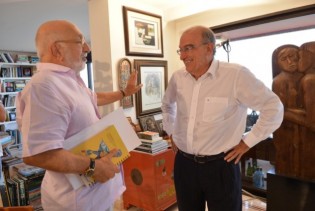 By Alexander Chaves
Death threats are hardly uncommon in Colombia. In fact, if you are a human rights activist, they are practically guaranteed.

By Constanza Vieira and Humberto Márquez
When 12 Colombian soldiers were killed by FARC insurgents a stone's throw away from the northern border with Venezuela, the consequences included military cooperation that reinforces the political, diplomatic and trade-related links that have developed over the past two years between Colombian President Juan Manuel Santos and Venezuelan President Hugo Chávez.
ADVERTISEMENT ADVERTISEMENT