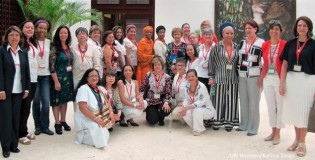 By Patricia Grogg
The Colombian government and the FARC guerrillas will resume the peace talks in the Cuban capital on Dec. 5, in a climate of moderate optimism surrounding a process in which citizen participation could play a key role.
Next Page »
ADVERTISEMENT ADVERTISEMENT