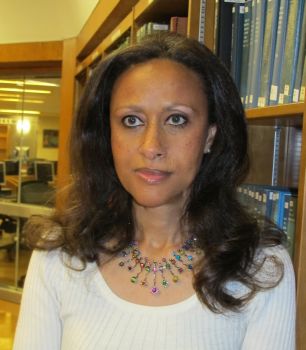 On the occasion of Africa Day and the Asian-Pacific American heritage month of May, IPS correspondent Sudeshna Chowdhury interviewed Sylviane A. Diouf, a renowned historian who studies the African diaspora, about the presence of Africans in India and the rest of Asia.

Diouf is also one of the curators of an exhibition called “Africans In India: From Slaves to Generals and Rulers” which is on display at the Schomburg Center for Research in Black Culture in New York City.

Q: How different is the story of Asian Africans from the African diaspora in the rest of the world, such as in America or Europe?

A: Not all Africans arrived in Asia as slaves. Some were traders, artisans, and religious leaders. India had an abundance of local slaves to perform hard labour, so the Africans and foreign slaves were mostly employed in specialised jobs as domestics in wealthy households, in the royal courts, and in the armed forces.

Africans were regarded as exceptional warriors and they fought in armies all over India, alongside Arabs, Turks, Indians and Afghans. They could rise through the ranks and become “elite slaves”, amassing wealth and power and even becoming rulers in their own right.

Elite slavery was often a frontier phenomenon, often found in areas that underwent instability due to struggles between factions and where hereditary authority was weak. Rulers considered Africans reliable because they were outsiders with no family, clan or caste connections to the indigenous populations, so they promoted them as court officials, administrators, and army commanders.

"Elite slaves were frequently at the centre of court disputes and sometimes seized power for themselves." -- Sylviane A. Diouf

These elite slaves were frequently at the centre of court disputes and sometimes seized power for themselves. Slave soldiers, guards, and bodyguards were routinely freed after a few years of service, often married local women, and were integrated into the larger society.

Q: Why do you think Africans were able to distinguish themselves so easily in countries like India, unlike say in Western countries? Is there a greater story of assimilation here that made it possible for Africans to rise from slaves to generals and then rulers?

A: Due to Islamic laws, enslaved Africans tended to have much greater social mobility than West Africans did in the Americas. One distinctive trait of slavery in the Islamic world was that, contrary to what happened in the West, bondage and “race” were not linked. Instead, factors such as religion, ethnicity, and caste were often more influential than colour.

The Africans’ success in India was theirs but it is also a strong testimony to the open-mindedness of a society in which they were a small religious and ethnic minority, originally of low status. As foreigners and Muslims, Africans ruled over indigenous Hindu, Muslim and Jewish populations. It would have been unthinkable in the West.

Today, in a country of 1.2 billion people, there are about 50,000 to 70,000 African descendants. It is thus not surprising that most Indians have never heard of them. Many people know of the famous 16th century Malik Ambar, a former Ethiopian slave who became a prime minister and regent and was a bitter foe of the Moghuls, but some are not aware he was African.

Our exhibition will travel to India and this will help put the Africans’ place in India history in more people’s consciousness.

Q: What is the current state of these Africans in India? In most cases, why do you think they continue to live in poverty?

A: A majority of Sidis (Africans in India are called Sidis) live in poverty or are part of the working class: drivers, domestics, security guards, etc. Others are farmers and some belong to the middle class. According to their own organisations, the lack of education and of strong leadership is an impediment.

Some Sidis are recognised as “scheduled tribes” and benefit from affirmative action programmes, but others are denied the status or are not given the opportunity to make use of it.

Q: Any interesting observations during your visit to India? Was the African community in India aware of their roots and identity? Did they care?

A: It’s a diverse community. Some people are aware and do care, others are not and perhaps would not care. The people I met were very conscious of their identity as descendants of Africans and as Muslims. They were also very conscious of being Indians.

For the past several years, Western and Indian scholars have been doing research on the communities for books, photographs, articles, exhibitions, and documentaries and that has led some Sidis to learn about and value their own past and history.

Q: Do you see the image of Africa changing in today’s world? Has it managed to move beyond its stereotypical image of poverty, hunger and deprivation?

A: I think the image has already changed positively in some circles: the arts world, among younger generations, for instance, thanks to the extraordinary crop of writers, painters, musicians, designers, architects, and other artists who are producing wonderful work.