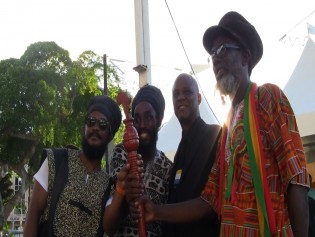 By Mario Osava
The wave of conservativism is testing its limits in Brazil, as reflected by a Labour Ministry decree that seeks to block the fight against slavery-like working conditions, which has been provisionally revoked by the justice system.

By Lisa Vives
A Portuguese slave ship that left Mozambique in 1794 bound for Brazil had hardly rounded the treacherous Cape of Good Hope when it broke apart violently on two reefs only 100 yards from shore.

By Johan Galtung
­That Liverpool was once the uncontested centre of the world slave trade, accounting for 40 percent, is well documented in the International Slavery Museum in the port where slave ships docked.
ADVERTISEMENT ADVERTISEMENT