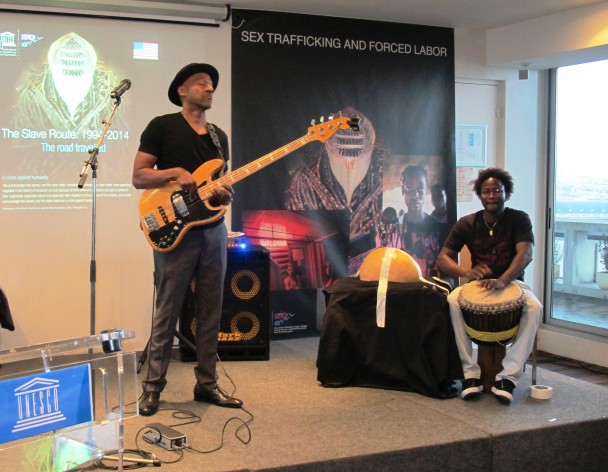 PARIS, Sep 14 2014 (IPS) - The Oscar-winning film 12 Years a Slave recently generated international discussion about the barbarity of slavery, but it is not alone in the attempt to break the silence around the 400 years of the transatlantic slave trade and to “shed light” on the lasting historical consequences.

At the United Nations level, The Slave Route Project observed its 20th anniversary this month in Paris and is pushing for greater education about slavery and the slave trade in schools around the world.

“People of all kinds suffered from slavery and people of all kinds profited from slavery just like so many people are now profiting from modern-day slavery. Racism is a direct result of this monstrous heritage and we need to increase the dialogue about this” – Ali Moussa Iye, head of UNESCO’s Slave Route Project
Ali Moussa Iye, chief of the History and Memory for Dialogue Section of UNESCO, the UN’s cultural agency, and director of the Project, says: “The least the international community can do is to put this history into the textbooks. You can’t deny this history to those who suffered and continue to experience the consequences of slavery.”

The Project is one of the forces behind a permanent memorial to slavery that is being constructed at UN headquarters in New York, scheduled to be completed in March 2015 and meant to honour the millions of victims of the traffic in humans.

UNESCO is also involved in the UN’s International Decade for People of African Descent (2015-2024), which is aimed at recognising people of African descent as a distinct group and at “addressing the historical and continuing violations of their rights”. The Decade will officially be launched in January next year.

“The approach is not to build guilt but to achieve reconciliation,” Moussa Iye said in an interview. “We need to know history in a different, more pluralistic way so that we can draw lessons and better understand our societies.”

He is aware that some people will question the point of the various initiatives, preferring to believe that slavery’s legacy has ended, but he said that international organisations can take the lead in urging countries to examine their past acts and the results.

According to UNESCO, the Slave Route Project has put these issues on the international agenda by contributing to the recognition of slavery and the slave trade as crimes against humanity, a declaration made at the World Conference Against Racism held in Durban, South Africa, in 2001. 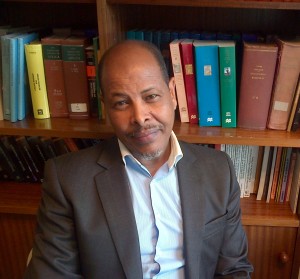 It has also been collecting and preserving archives and oral traditions, supporting the publication of books, and identifying “places of remembrances so that itineraries for memory” can be developed.

For many people of African descent, however, much more needs to be done to raise awareness. Ricki Stevenson, a Paris-based African-American businesswoman who heads a company called Black Paris Tours, focusing on the African Diaspora’s contributions in the French capital, told IPS that there ought to be “national and international conversation about the continued effects of enslavement.”

“We need to break the silence on how racism continues to hurt, not just Black people, but all people in any country that would kill, imprison, deny education and rights to individuals,” she said. “The United States, France, and all of Europe made unimaginable money from the cruel, inhumane kidnapping and enslavement of millions of Africans.

“These nations grew rich, built their cities and economies on the enslavement of Africans, on the forced labour of Black people who were stripped of every basic human right, treated less than animals,” she added. “Today we are learning that the wealth of Wall Street and so many major corporations, insurance companies, shipping companies, banks, private families, even churches, is still tied to slavery.”

Stevenson said she knows that some find it hard to comprehend the legacy of slavery. “I doubt if anyone who has never lived in the United States can understand the overwhelming challenge of ‘breathing while Black’,” she told IPS. “It is a horrible, daily fact of life every Black man, woman, child has faced or will face at some point in their lives.”

In France, meanwhile, the rise of nationalism is leading to a culture of exclusion as well as racism, according to political observers. Justice Minister Christiane Taubira, for example, author of a 2001 law bearing her name that also recognises slavery as a crime against humanity, has been the target of racist depictions on social media and in certain publications.

Speaking at the 20th anniversary ceremony of the Slave Route Project, Taubira described her battle against “hatred” and said that the world’s challenge today is to understand the global forces that divide people for exploitation.

“We cannot accept this kind of inhumanity,” she said, adding that the “anonymous victims” were not just victims but “survivors, creators, artists, cultural, guides … and resistors”, despite the immense violence they suffered.

Some individuals and municipalities in France have worked to highlight the country’s active role in the transatlantic slave trade, through cultural and memorial projects. The northwestern city of Nantes, which achieved vast wealth through slavery in the 18th century, built a memorial to victims in 2012.

Historians say that more than 40 percent of France’s slave trade was conducted through the city’s port, which acted as a transhipment point for some 450,000 Africans forcibly taken to the Americas. But this part of Nantes’ history was kept hidden for years until the move to “break the silence” cumulated in the Memorial to the Abolition of Slavery.

In England, the city of Liverpool has an International Museum of Slavery, and Qatar and Cuba have also set up museums devoted to this history, carrying out partnership projects with UNESCO.

Acclaimed American jazz musician Marcus Miller, spokesman for the Slave Route Project, is also using music to educate people about slavery. Prior to an uplifting performance in Paris with African musicians, Miller said he wanted to focus on the resistance and resilience of the people forced into slavery and those who fought alongside to end the centuries-long atrocity.