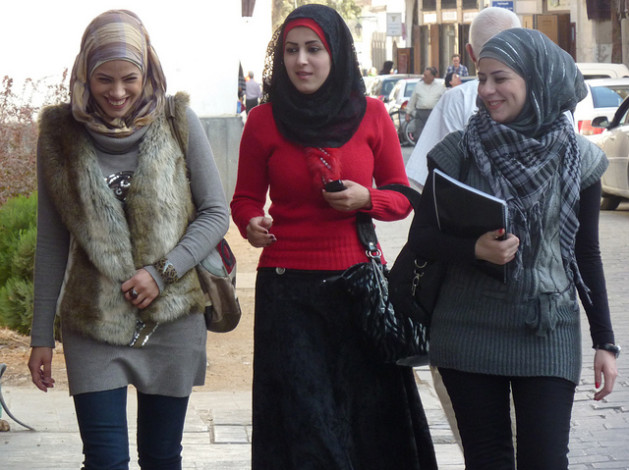 UNITED NATIONS, May 21 2013 (IPS) - When thousands of participants from around the world gather in the Malaysian capital of Kuala Lumpur next week, the primary focus will be on health and empowerment of girls and women.

The meeting, scheduled for May 26-30 under a banner titled Women Deliver, will zero in on a longstanding unanswered question: how does the international community meet the massive unmet needs for contraception by over 222 million women in the developing world?”

The U.N. Population Fund (UNFPA) points out that increased contraceptive use and reduced unmet needs for contraception are central to achieving three of the U.N.’s Millennium Development Goals (MDGs) – improving maternal health, reducing child mortality and combating HIV/AIDS – heading towards the 2015 deadline.

Sivananthi Thanenthiran, executive director at the Malaysia-based Asian-Pacific Resource & Research Centre for Women (ARROW), told IPS the ability to decide the number, timing, and spacing of their children is one of the most fundamental rights individuals and couples can have.

Currently, she said, it is estimated 222 million women have an unmet need for family planning, and in many countries most women still continue to have more children then they desired.

“Investing in reproductive health and reproductive rights requires investment in a number of interventions by U.N. agencies, governments and donors,” she added.

Since UNFPA began operations back in 1969, the average global fertility has been cut in half. UNFPA says it has been a “critical catalyst” in this success by responding to requests by developing countries.

Asked how best the contraceptive needs could be met, Dr. Purnima Mane, president and chief executive officer of Pathfinder International, told IPS the United Nations and the international community need to continue advocating for increased funding – domestic and international – for access to contraception and for the integration of family planning into universal health coverage in all possible forums and through broader partnerships across sectors.

While it is true that investments in women’s education are essential to this effort, she said, much more needs to happen to change the situation of women.

Community-oriented work to change social norms around gender and enabling social and economic policies are essential to prevent early marriage, to keep girls in school, and to help women to space their births and give birth safely, when they want to bear children, said Dr. Mane, who heads an organisation described as the global leader in sexual and reproductive rights.

She argued that based on historical evidence, political will is, and will be, the most critical element of success for strong family planning programmes.

“However, we need to be vigilant about the voluntary nature of such programmes and the quality of the care provided,” Mane added.

At this time, she said, the most critical priority is for the global community to come together to address the contraceptive and sexual and reproductive health information and service needs of the growing youth population of over three billion under the age of 25.

“There is no easy fix and we all know that. What we need is to address the multiple factors that impact on this issue rather than focus on any one aspect alone,” she said.

The event will include a Youth Pre-Conference, a Minister’s Forum and a Parliamentarians Forum.

Asked about investments in reproductive health, Thanenthiran told IPS these include interventions around delaying the age of marriage and the age of first pregnancies, which include investments in girls’ education especially at the secondary and tertiary levels.

Interventions such as making available a range of contraceptive methods and ensuring women receive the right information so that they can make informed choices about the method that best suits them, and that health service providers treat women with kindness and provide quality care and service are essential in increasing trust towards family planning programmes, she added.

Naturally this requires funding and political commitment, but the health of women and girls is well worth safeguarding, Thanenthiran added.

Asked how the U.N.’s post-2015 economic agenda could underline reproductive health, Dr. Mane told IPS human rights principles of the International Conference on Population and Development (which took place in Cairo in 1994) can be embedded constructively in a variety of ways in the new set of development goals, but given that the relevant MDGs are especially lagging, “more explicit attention to the unfinished agenda is needed as we go forward.”

Population dynamics are also often left out of important discussions about future needs and development scenarios. For example, population growth may be mentioned but not in relation to access to contraception as a solution, she added.

She said universal health care is a start, if coverage of the broadest range of sexual and reproductive health care is explicitly included to move the unfinished agenda forward.

“Only then will we achieve sustainable development,” she said.

“My organisation, Pathfinder International, stands behind confronting inequality by advocating with other civil society partners for better governance which not only addresses inequality but holds policymakers accountable for failing to address preventable deaths among women and children,” Dr. Mane declared.

Thanenthiran said it is essential that access to comprehensive, quality sexual and reproductive health services, as promised to women and committed to by governments in the Cairo ICPD Programme of Action, is prioritised in the post-2015 development framework.

The ICPD Programme of Action (PoA) is going to be 20 years in 2014, and women are yet to enjoy in full the promises made to them during that time, she pointed out.

This would be the best way to go about to ensure government commitments to the ICPD are fulfilled, and initial investments made during the MDGs are continued and fully realised in the new development framework, she declared.