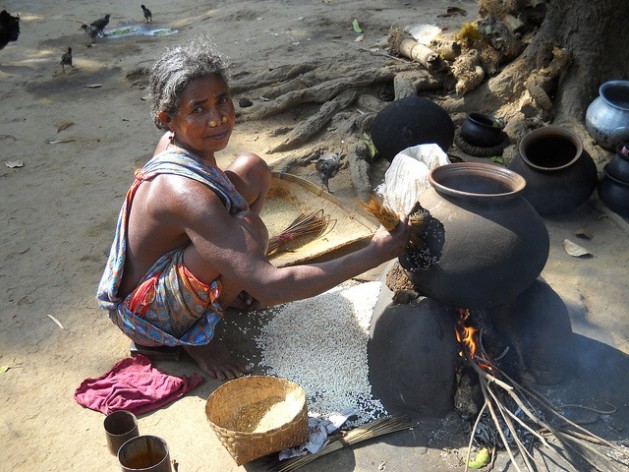 The new bill, whose implementation will cost 23 billion dollars annually, has been criticised as a ploy by the ruling Congress party to win votes in an election year.

Chopra, a top official in the ministry of agriculture, spoke with IPS correspondent Ranjit Devraj on the advantages and pitfalls of the Food Security Bill that, when passed in July, will make access to food a fundamental right in this country of 1.2 billion people.

Q: There are fears that the proposed Food Security Bill will undermine the existing public distribution system (PDS). Do you agree?

A: The Bill will not undermine the PDS. The basic change is that what has so far been a responsibility of the state governments will become that of the Central government. Further, provision of food will become a fundamental and enforceable right. This will, no doubt, increase the demands on the PDS system, and India will now have to invest far more in logistics, and infrastructure.

Q:  Almost daily we are inundated with images in the media of grain rotting in the open, exposed to the elements. What is your opinion on this, given widespread malnutrition and hunger in India, and the fact that the Supreme Court recently stepped in to order the distribution of free grain to starving people?

2. There can be no two views about the fact that rotting grain reflects poorly on India’s procurement and distribution system, as well as our inability to attract investments in this sector. The Planning Commission has attached high priority to creating warehousing infrastructure. The solution is not free distribution because this distorts the market, and makes farming for the marginal and small farmers less remunerative. A better response would be exports, or food assistance to countries where crops have failed on account of drought or excessive rainfall.

Q: Are there remedies to this glaring shortfall in governance?

A: Procurement systems require massive investments in infrastructure. We need  grading machines at principal market yards which can clearly give information about moisture, admixtures, average grain size, colour etc. These may come up in the private sector – which will ensure that manpower and maintenance issues will not be a hassle for the government. NAFED encourages its member organisations to get the grain graded in these machines, which will usher in transparency in procurement.

As for distribution we need to leverage technology. This ranges from ensuring weekly delivery schedules to informing all stakeholders over mobile phones about stock availability. While governments have to address the supply side, civil society, media and panchayats (village councils) have to ensure ‘effective demand’.

There are also structural issues like provision of liberal credit to the PDS dealer, improving his profit margins, and giving him an incentive to report off-take. The PDS dealer has to be treated as an integral part of the PDS system, not as an adversary.

Q: How do you propose to balance the interests of traders, including exporters, and small and marginalised farmers who seem to be at the short end of the stick (as witnessed in the exodus from rural areas to the cities)?

A: Intermediaries exist at all levels because they add ‘value’ – it may be argued that it is not value for money. Information technology can reduce the cost of information and intermediation. In states like Punjab and Haryana, which lead agricultural production, the influence of the intermediaries on the political economy of grain procurement is very strong. Thus there is a real conflict of interest and the government is trying to address it through cooperatives and farmer-producer organisations.

Q:  Once access to food becomes a right, the political economy of production will empower the large and medium farmers, who will depend on fertilisers and farm equipment to meet the state’s requirement of food grain to be procured under PDS. How can this be addressed?

The Small Farmers Agri-Business Consortium – an agency of the ministry of agriculture – is helping farmers (form) farmer-producer organisations to leverage inputs at competitive rates, and market their produce collectively.

Two funds have been specially created for these producer companies – the Equity Fund to provide matching equity and a credit guarantee fund to cover collateral-free loans. These interventions should reduce the dependence of marginal and small farmers on the intermediaries – but this is a process, and will take a few years to pan out.

Q: India has seen a steady migration from the rural to urban areas. Is this healthy?

A: Migration from rural to urban is the natural order of things when economies make the transition from a predominantly agrarian society to an industrial one or, in India’s case, a post-industrial society. The growth in services and manufacturing, ipso facto, has to be higher than growth in core agriculture.

However, efforts need to be made to improve the profitability of agricultural production – by reducing the cost of credit, by improved marketing and public investments in infrastructure.

Q: The new Bill will increase the demand for fertilisers, thereby increasing the fertiliser subsidy and making India more dependent on imports. With the rupee sinking in value, what are the long term implications for India?

A: The dependence on fertiliser, especially imported fertiliser, will grow, at least in the short run. The ministry is trying to move towards a nutrient-based subsidy regime – but if the rupee continues to slide, the situation will indeed be very challenging.