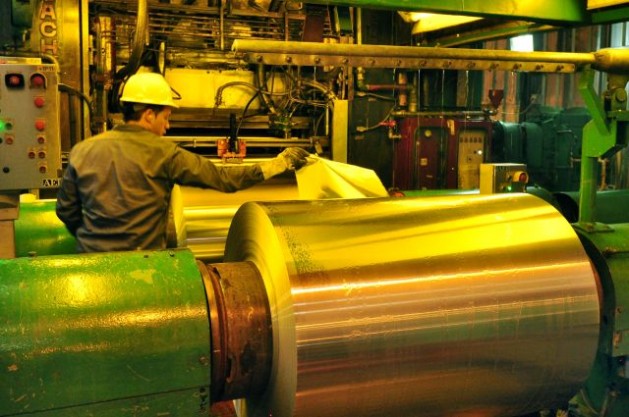 BUENOS AIRES, Jul 24 2013 (IPS) - Industry in Argentina has seen a sustained rise in production, exports and employment since 2003. But in order for this trend to become a structural change, greater import substitution is needed, analysts say.

The book “Argentine industry faces new 21st century challenges and opportunities”, published by the Economic Commission for Latin America and the Caribbean (ECLAC), states that knowledge-intensive industry activities have become increasingly dynamic in the last few years in this South American country.

The introduction by ECLAC Executive Secretary Alicia Bárcena says that since 2003, “Argentina has followed a path of growth, technical progress, job creation and poverty reduction without precedent in over half a century.”

But she added that it is necessary “to accelerate the process of structural change”.

In the report compiled by ECLAC economists Giovanni Stumpo and Diego Rivas, various experts make in-depth analyses of the potential and the critical aspects of 11 of the 13 industrial sectors that the Ministry of Industry included in its Strategic Industrial Plan 2020, launched in 2011 by the government of centre-left President Cristina Fernández.

Industry’s share of GDP in Argentina rose from 16.7 percent in 2002 to 18.1 percent in 2010, while manufactured products made up 35 percent of total exports over the last year.

In the period studied, the economy grew by 7.5 percent a year on average, with highs of 10 and 11 percent in some quarters. Unemployment, meanwhile, fell from 19.7 percent to 7.8 percent, and the proportion of unregistered workers dropped from 48 to 33 percent of the total.

“Unlike other Latin American countries, Argentina did not reorient production towards commodities for export,” says the ECLAC report, with respect to the policies implemented since Fernández’s late husband and predecessor, Néstor Kirchner (2003-2007), took office.

Nevertheless, the experts take a cautious stance in the report and point out that commodities – such as soy, Argentina’s leading export – continue to weigh heavily in the economy, which means there are still major pending challenges.

In a conversation with IPS, economist Gabriel Yoel, a researcher at the General Sarmiento National University’s Institute of Industry, said that bringing about “structural change is a challenge” that industry still faces in Argentina.

“The trade deficit must be reduced by means of import substitution,” he said.

Yoel, co-author of the chapter on the automotive industry, said “there was growth as never before since the industry set up shop here in the 1970s.”

However, production grew along with exports since the early 1990s, when Argentina, Brazil, Paraguay and Uruguay created the Mercosur (Southern Common Market) trade bloc, which since last year has a fifth full member, Venezuela.

An average of 800,000 vehicles a year are currently produced, 60 percent of which are exported, Yoel said. But despite that increase, he said there is still a shortage of spare parts, which are mainly imported.

“Production by car-makers shot up, but output by parts suppliers still falls short of demand,” he said.

Although the capacity of parts manufacturers has increased in the last few years, it has failed to keep up with growth in the production of vehicles, he added.

Above and beyond the performance of specific industries, Yoel argued that it was necessary to look all the way back to the 1960s to compare the current growth of manufactured products, productivity and industrial employment.

He said progress has been made in terms of organisation, quality, and links with academia and with public institutions.

Argentina has benefited from the current high prices of natural resource-intensive goods, but “no economy can develop without industry,” he said.

For that reason, Yoel concurs with those who warn that if industry – which generates quality jobs – is not developed in Argentina, 10 million of the country’s 40 million people “will be superfluous”.

With respect to the possibilities of competing with industrial goods in the global market, Yoel was optimistic – as long, he said, as the goods are knowledge-intensive. As an example, he cited Martín Churba, a clothing designer who exports exclusive garments to Japan.

Economist Fernando Porta at the National University of Quilmes said industry was undergoing a revival and overall growth, while exports are on the rise, the domestic market is strong, and new jobs are being created.

But he was cautious with regard to the evolution of that trend. “The recovery process does not seem to me to form part of a deeper structural change,” Porta, who was responsible for the chapter on the pharmaceutical industry in the ECLAC report, told IPS.

He said there was still a large technological gap between Argentina and industries in developed countries, and even in some emerging economies. He also said there were “islands of productivity” in industry, with most sectors “showing lower levels of activity”.

“More development is needed across the board – greater homogeneity,” Porta recommended.

What is needed, he said, more than production and trade targets like the ones set by the Strategic Plan, is “an overall development strategy” that addresses the problems of each sector in particular.

The ECLAC book makes this point. In software, for example, an area where Argentina has made great strides, a shortage of skilled human resources is a limiting factor. Around 50 percent of demand is unmet. The state is fomenting development of the sector by offering scholarships, but growth has been slow.

Porta said Argentina has a strong pharmaceutical industry, although it is focused on production rather than research and development of medicines.

“R&D and the development of the active ingredients and their combination for obtaining therapeutic effects continue to be concentrated outside of the country,” he lamented.

This means that, although Argentina produces and exports more and more medication, it continues to depend on the import of medicines, and even has a significant trade deficit – similar to the challenges faced in the automotive industry.