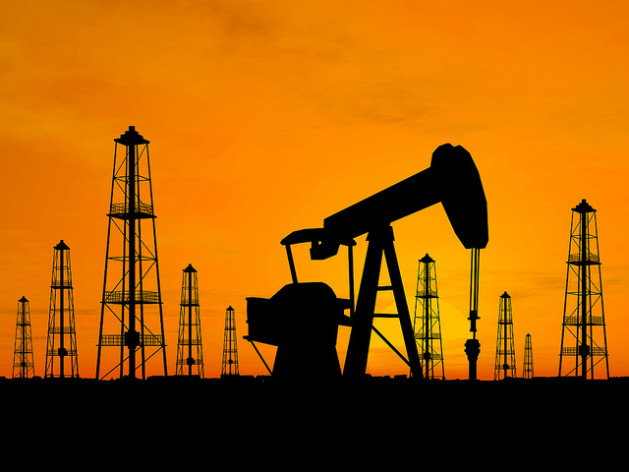 WASHINGTON, Jul 2 2013 (IPS) - A federal judge here on Tuesday struck down a key new regulatory provision that would require large U.S.-listed extractives companies to disclose payments made to foreign governments, a rule that rights groups had long pushed as a way to cut down on corruption in developing countries.

The judgement is being seen as technical, however, and could allow government regulators to tweak and re-issue the rule.

The ruling is seen as a major victory for the American Petroleum Institute (API), a lobby group that sued the U.S. government following the rule’s adoption, last August, on several grounds, including that it would force businesses to divulge proprietary secrets, impose significant costs and infringe on their Constitutionally mandated right to free speech.

“The court has vacated the SEC’s requirement that U.S. companies report competitive information that can be used against them by global competitors,” Harry Ng, API vice president and general counsel, said in a statement.

“U.S. companies are leading the way to increase transparency, but the rule would have jeopardised transparency efforts already underway by making American firms less competitive against state-owned oil companies.”

Ng points out that several major companies under the API umbrella are engaged in the Extractives Industry Transparency Initiative (EITI), a set of standards currently being implemented in around three-dozen countries. Yet the U.S. Congress had felt that the EITI standards were not strong enough (they have since been tightened), and thus mandated the SEC to come up with the extractives payment rule.

The rule is known as Section 1504, part of financial industry overhaul legislation known as the Dodd-Frank Act, signed into law in 2010. As finally adopted in August, Section 1504 requires that all oil, gas and mining companies listed on U.S. stock exchanges engage in annual, public reporting of any payments over 100,000 dollars made to foreign governments.

The rule would apply to around 1,100 companies, and disclosures would have been required starting next year.

Passage of Section 1504 was seen as an important victory by pro-transparency activists and development groups, who suggest that such transparency can crack down on rampant corruption and help to lift the “resource curse” in some resource-rich, governance-poor developing countries, particularly in Africa.

“Needless to say we are incredibly disappointed with this decision, particularly given that the United States has been a leader on this issue through the passage of Section 1504,” Jana Morgan, a Washington campaigner with Global Witness, an advocacy group, told IPS.

“We are now seeing similar initiatives in the European Union and Canada, with transparency in resource payments becoming the new paradigm and the new standard for best business practices.”

“The U.S. has been at the forefront of the transparency fight, and this decision will delay implementation of vital transparency rules,” Cardin said in a statement.

“Congress was clear in the letter and the spirit of the law that this information should be in the public domain. It’s unfortunate that the court believes that company disclosures to the SEC should remain hidden.”

The court’s decision revolves around the SEC’s interpretations of the law originally handed down by Congress. In this context, the judge ruled that the SEC had overreached the Congressional mandate in two important ways.

First, the commission’s rule required that company reports on this issue be made public, rather than publishing only, say, summaries of the reports. API-aligned companies had stated in court that changing this element would have cleared up most of their concerns over Section 1504.

Second, the rule did not offer any exemption for companies operating in countries where national laws disallow any such disclosure – Angola, Cameroon, China and Qatar are the four at issue in this case, though this is disputed by transparency advocates.

“The record of comments to the SEC shows clearly that no one has yet correctly identified a single country where Section 1504 disclosures would come into conflict with local laws,” Heather Lowe, director of government affairs with Global Financial Integrity (GFI), a Washington watchdog group, said in a statement on Tuesday. GFI has estimated that illicit financial flows cost developing countries a trillion dollars a year.

Yet companies say Section 1504’s lack of an exemption for national rules would force them to pull out of certain countries, resulting in massive economic costs.

U.S. District Court Judge John D. Bates noted these two points constituted “substantial errors … the commission misread the statute to mandate public disclosure of the reports, and its decision to deny any exemption was, given the limited explanation provided, arbitrary and capricious.”

Because Bates had already struck down the rule based on these two points, he did not offer a decision on the remaining arguments, including the issue of constitutionality. The decision now sends the issue back to the SEC to refashion a new rule, unless the commission moves to appeal the judgement to a higher court.

Contacted by IPS, John Nestor, an SEC spokesperson, said only that the agency is reviewing the decision.

While rights groups here and internationally are expressing disappointment over the decision, they are noting that the judgement leaves intact significant components at the heart of Section 1504.

“We strongly disagree with the court findings, but that said, the court hasn’t precluded the possibility that the rules will be re-enacted in the same form but with a stronger justification,” Gavin Hayman, the London-based director of campaigns for Global Witness, told IPS.

“Further, we note that nothing in the decision blocks the SEC from requiring public reporting or allows for exemptions from reporting. The oil industry has never been able to clearly show the existence of host country prohibitions against payment disclosure.”

Similar points were made Tuesday by the Washington office of Oxfam America, a humanitarian group that filed a court brief in support of the SEC in this case.

“Nothing in the decision says that the SEC may not require public reporting or deny exemptions – it just says that the SEC needs to use its discretion and provide a fuller analysis,” Ian Gary, Oxfam’s senior policy manager, said in a statement to IPS.

Gary also noted the court’s refusal to rule on the API’s free speech-related argument, but suggested that the judge “did recognise that the Supreme Court has upheld public disclosure requirements as an appropriate approach to regulation.”