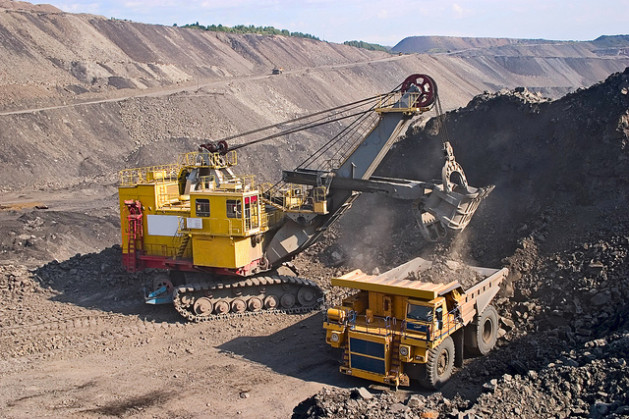 Over the past decade, EITI is said to have facilitated reporting on nearly a trillion dollars in revenues from natural resources. Credit: Bigstock

Yet some civil society advocates are also warning that the new standards, agreed ahead of a board meeting of the Extractive Industries Transparency Initiative (EITI) being held Thursday and Friday in Sydney, don’t go far enough.

“The EITI needs to keep its bite,” Corinna Gilfillan, an EITI board member and director of the U.S. office of Global Witness, an advocacy group, said following the unveiling of the new standards. “It needs to apply and build on its new rules and be prepared to be a driver rather than a follower of governance reform to avoid diminishing relevance.”

EITI has been in place since 2002, created out of civil society discussions over how resource-rich developing countries can escape the “resource curse” – ensuring that income from their extractives industries is used for public-sector funding rather than risk being siphoned off by corrupt government officials or cronies. Over the past decade, the initiative is said to have facilitated reporting on nearly a trillion dollars in revenues from natural resources.

EITI includes governments, the private sector and civil society, currently covering 39 countries and requiring those members to engage in public reporting of revenues from within their extractives sectors. While most of those members are in Africa, on Wednesday the heads of France and the United Kingdom agreed to become members, following a similar pledge made by the United States in 2011.

Other Western countries engaged with EITI in some respect include Norway, where the EITI secretariat is housed, and Australia. When the U.K. hosts the Group of Eight (G8) rich countries next month, transparency is slated to be a central focus.

While there has been much optimism about the aim and provenance of EITI, recent years have offered increasing evidence that its requirements have not been strong enough. According to a 2011 internal evaluation, compliance with EITI requirements was not necessarily “bring[ing] about fundamental changes” in line with the initiative’s principles.

Evidence of this failure can be seen in the Democratic Republic of Congo.

Although an EITI member, Congo’s government “was able to sell in secret five major mining assets to anonymous shell companies,” according to research by Global Witness. “As a result, the DRC may lose out on around 1.36 billion dollars, twice the country’s health and education budgets.”

In mid-April, the EITI board temporarily suspended Congo, citing a failure to ensure “full disclosure and assurance of the reliability of the figures”. Yet the growing evidence of the EITI standards’ potential ineffectiveness also led to the push for the new rules unveiled Wednesday.

“The new EITI Standard will address a number of the recommendations made [by civil society], including requiring more transparency of state-owned companies and natural resource funds,” Jonas Moberg, head of the EITI international secretariat, told IPS ahead of the Sydney conference.

The standards will now impose significant new reporting requirements on EITI member countries, requiring regular project-to-project details, covering extraction licenses, how those licenses were awarded, and companies involved in the sector. State oil companies, too, will now need to disclose how much product they’re selling.

“The EITI has finally recognised that, when it comes to complex industries, merely disclosing payments is not enough,” Daniel Kaufmann, president of the Revenue Watch Institute, a U.S. watchdog group, said Wednesday. “The new Standard could make EITI more effective in addressing the vast governance challenges facing resource-rich countries.”

The extractives industry can have a “tremendous impact – good or ill” on a country’s development, Robert F. Cekuta, a U.S. State Department official, said at the EITI conference Wednesday.

“Mismanagement of these resources, as we have seen too many times, can impede economic growth, reduce opportunities for trade and investment, divert critically needed funding from social services and other government activities, and contribute to instability and conflict,” he noted.

“At the same time … proper, sound management of the sector means revenues generated from oil, gas and mining can fuel a country’s economic growth, producing jobs and fostering responsible investments in infrastructure, health, education, and other high-impact sectors, as well as appropriate savings.”

While Cekuta expressed his government’s strong support for the new rules, the U.S. has already passed legislation – known as Section 1504 of the financial regulatory Dodd-Frank Act – that would impose stronger standards on U.S.-listed extractives companies than the new EITI rules would require. The European Union is expected to put in place a similar law next month.

For this reason, some proponents of greater transparency have expressed concern that EITI is losing its pioneering role.

“The EITI’s influence rests on its being seen as a totemic reformers club which governments and companies want to be part of,” Global Witness said following the announcement of the new standards. “This attraction will fade if the initiative is seen to be merely playing catch-up with more dynamic reforms taking place elsewhere.”

Global Witness and others are also pushing EITI to ensure that the new reams of data are as user-friendly as possible, in order to encourage collation and analysis by public watchdogs.

Meanwhile, an interesting disconnect has cropped up between events in Sydney and Washington. On the one hand, several of the world’s largest oil companies – including ExxonMobil, Shell and Chevron – sit on the EITI board and are thus inferred to be in agreement with the newly revised transparency rules.

On the other hand, these companies are currently part of a lawsuit here attempting to dismantle Section 1504 of the Dodd-Frank Act, the legislation on which the new EITI standards are mostly closely based.

“Protection of the law is essential for investors to asses a company’s risk and for communities in resource-rich countries to hold governments to account,” Ian Gary, senior policy manager of Oxfam America’s oil, gas and mining programme, said from Sydney.