Seeds of Conflict Sprout in the Balkans 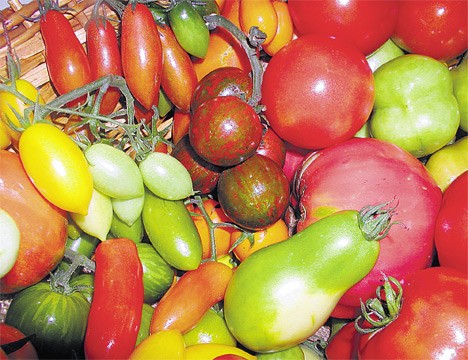 According experts from the Faculty of Agriculture at the Belgrade University, indigenous fruit and vegetable species in the Balkans have lost the battle against the big international seed-producing companies. Courtesy: Vesna Peric Zimonjic

BELGRADE, Sep 16 2013 (IPS) - This year, summer in the Balkans has been nice and warm, leaving behind a land of plenty, and enough food on the table. Except that people are talking about tomatoes “that don’t taste as they used to,” watermelons that are too watery, cabbages that are hard to slice through and onions that do not sting your eyes.

It is an angry buzz, resonating across popular forums and social networking sites in Serbia. Farmers are being accused of surrendering to the pressures of seed importers and neglecting home-grown or indigenous species that had served them well so far.

“There’s small chance today that you will find out whether what you have bought is a real, home-grown tomato,” says Jasmina Zdravkovic of the Institute of Farming in the central Serbian town of Smederevska Palanka, some 63 km southeast of the capital Belgrade.

“Most probably you’ll end up with one which has a white, inedible middle. It comes from the gene that was introduced to keep the tomato firm,” she tells IPS. Such tomatoes are never ripe; they only get red from the outside, Zdravkovic adds.

According to Zdravkovic and experts from the Faculty of Agriculture at the Belgrade University, indigenous species have lost the battle against the big international seed-producing companies. Native species have been reduced to being cultivated either in private gardens or in small local areas.

Since 2000, when the international sanctions imposed on Serbia following the 1998-1999 Kosovo war were lifted, imported seeds have made an unopposed, uncontrolled entry into the Serbian market. Hybrid seeds from biotech giants such as Monsanto, DuPont or Syngenta have taken over completely.

According to the latest statistics from the Chamber of Commerce, the country imported 230 tonnes of seed and propagation material worth 810,000 dollars in the first three months of 2013 alone.

“Under such circumstances, there is no hope of seeing any commercial production of indigenous species,” Djordje Glamoclija of the agriculture faculty tells IPS.

However, the country has been making sustained effort to preserve its genetic plant heritage. A national programme for conservation and sustainable use of plant genetic resources is in the final stages. And one of its main proposals is to consolidate a national gene bank.

Serbia’s plant genetic resources (PGR), says Milena Savic, the future head of the gene bank, are currently “scattered around the country, in agricultural institutes and faculties.”

The national collection has 5,000 samples of 273 plant species native to Serbia. “They will represent the basis for PGR, in tune with the national and global policy of preserving original species,” she says.

“Samples have so far been kept for the medium [20 years] and long term [50 years],” Savic tells IPS. Plant genes are kept in special chambers at temperatures of minus 20 degree Celsius, while plant samples are kept at four degree Celsius.

West of Serbia, the outcry against the dominance of imported seeds in Croatia had peaked before the country’s entry into the European Union (EU) on Jul. 1 this year.

It continued throughout the summer, with 18 non-governmental organisations asking the authorities to prevent the “greed of multinational corporations that threaten to endanger resources that represent the foundation of Croatian food industry.”

Croatia does not have a single seed-producing facility any more, and relies completely on imported seed. The nation spends 60 million dollars annually on the import of seed and propagation material, according to the Croatian Society of Agronomy.

One particular cause for concern was the new EU regulation on seeds and propagation material that required, in the name of consumer and food safety, the registration of all fruits, vegetables and trees before they could be reproduced or distributed.

The regulation was finally changed under pressure from European NGOs, including the 18 in Croatia. It now allows home gardeners to save and swap unregistered seed and small organisations with less than 10 employees to grow unregistered vegetable seed.

“Seeds represent the richness of today and tomorrow,” says Denis Romac, a Croatian journalist and environmental activist. “One’s own production of home-grown healthy vegetables means salvation for many small people in times of crises. No wonder people are taking to lots in cities or even growing something on their balconies and gardens if they have them.”

The economic crisis of the past year has indeed hit the region hard, with the unemployment rate in Serbia hitting 27 percent of its 7.22 million population and 18.5 percent of Croatia’s 4.26 million people.

Serbian farmers and home gardeners, meanwhile, have taken recourse to the oldest yet safest method: of saving seeds at the end of one season and planting them in the next.

“I keep seeds from year to year and use them in the garden,” Milentije Savovic tells IPS. He has several hectares of different vegetable gardens near Belgrade and sells his produce in the city’s popular Kalenic green market.

In his stall, one can find the popular “oxheart” tomatoes, “cake” or flat onions, small pearl beans and very dry “cerovaca” melons, popular among elders as the fruit of their youth.

“As for domestic [indigenous] species,” says Savovic, “there is no doubt that they are the best adapted to our climate, soil and means of protection. So why change them if they are good?”

The agriculture faculty’s Glamoclija, however, strikes a note of caution here. “One should not confuse the growing of traditional or old, autonomous species with the modern trends of healthy food growing,” he tells IPS.

“Well-adapted home-grown species need good care and adequate protection. Non-treated fruits can contain toxic bacteria instead of pesticides. So the so-called ‘return to nature’ can be like riding a bike in the downtown of a city amidst gases exhaled by heavy vehicles,” he adds.