NEW YORK, Oct 4 2013 (IPS) - When author Deni Béchard discovered bonobos shared almost 99 percent of human DNA, and based their relationships on cooperation and collaboration, he knew he had to write about them. 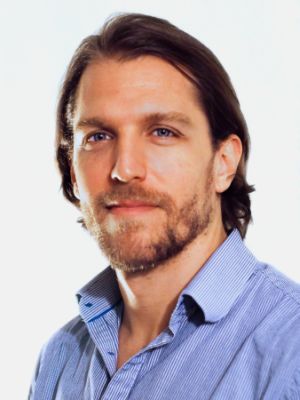 He was fascinated to learn that as a flagship species, bonobos are the only great ape that do not kill their own. More importantly, he wanted to understand how one innovative NGO could use them as a symbol for larger issues in conservation, and knew that saving them from extinction was of extraordinary importance.

In his just-published book, Empty Hands, Open Arms: The Race to Save Bonobos in the Congo and Make Conservation Go Viral (Milkweed Editions, 2013), he draws from a rich palette of profoundly committed Congolese conservationists who have lived through war and lost everything they cared about. Against great odds, with few resources, they continue to commit themselves to saving these great apes.

Béchard also chronicles the determined and heroic efforts of the Bonobo Conservation Initiative, an NGO that works directly with Congolese communities, while tackling the root causes of poverty and unemployment that lead to the hunting of bonobos in the first place.

One of his goals is to show how the choices of our leaders and our consumer appetites have affected that country. He does so, but also tells very human stories of the culture and history of the Congo, painting a vivid picture of the place and its people.

His book tour kicks off this week.

Q: How did learning about bonobos change your vision of humanity?

A: As humans, we have a hard time seeing the boundaries of our culture or conceiving of the ways that we might radically change. Meeting bonobos – especially the famous bonobo Kanzi in the Iowa Primate Learning Sanctuary – who can understand English and communicate with humans through the use of lexigrams, made me understand how dynamically great apes can change with their environments and with their cultures. Kanzi illustrates the power of culture to alter many of the traits that we associate with a species.

On a more dramatic level, the matriarchal and largely nonviolent structure of bonobo society, and the evolutionary circumstances that may have created it led me to consider the degree to which humans are a product of our environment. An abundance of resources and the resulting relative absence of competition may have allowed bonobos to develop more stable, peaceful societies in which all young are cherished.

Human societies have such a wealth of resources that no children should be privileged over others, and I have considered how quickly our culture would change if our priority were to use our resources for the benefit of the young – for their education, health care, and environmental well-being.

After a few generations of investing our national wealth into our young, what would we look like as a race? I think we would seem dramatically different. It’s essential for us to remember how much control we actually have over our environment and culture, the ways that we can use it to actively change our race for the better, and the speed at which we would see results.

Q: What are the similarities and differences between bonobos and humans?

A: Bonobos share many of the same traits as humans: empathy, imagination, loyalty, grief, hope, and love. The only difference between us, as far as I can tell – not having integrated into their society – is that their experience of life appears much more unmitigated.

Humans tend to bury their experiences in meaning; we tell ourselves stories, romanticising and dramatising, or trying desperately to give our loves and struggles – the narratives of our lives – greater significance. Learning about bonobos stripped a lot of that away and reminded me of the degree to which we are great apes, in a long evolutionary lineage, and that often, by trying to overload our lives with meaning, we lose touch with the simple animal impulses that drive us – impulses that are no less real or beautiful for being animal.

If anything, as the primatologist Frans de Waal suggests, what we see as our highest ethical values is encoded in our biology.

Q: What are a few of the approaches to conservation that might make it “go viral”?

A: What makes a conservation system self-replicating or “viral” is adapting it as closely as possible to the culture and conditions where it is being implemented. The organisation I was writing about for Empty Hands, Open Arms¸ the Bonobo Conservation Initiative, has its staff meet with various different social groups in a future protected area.

They get a sense of how local leaders view the forests and wildlife and possible conservation projects, as well as how the various members of the communities do. When it comes to time to set up projects, BCI’s staff supports a leader who is from the area that will become a reserve, someone who understands the values of the people, and they frame conservation in terms of the spiritual traditions of the communities.

The end result is that the people feel a deep sense of ownership for projects. Their successes are celebrated, and the conservationists who come from outside often defer to their knowledge. The local people so thoroughly embrace conservation that neighboring communities see the benefits and begin surveying endangered wildlife in their own regions and setting up their own protected zones with relatively little support from outsiders.

Q: Are you optimistic about the future of conservation in Africa?

A: I see cases for both optimism and pessimism. I meet more and more people from countries worldwide who care about their environment and the preservation of their natural wealth, and I think that if we can shift to a more intimate, integrative model of conservation, seeing people as the solution and not the problem, then we have the potential to do a great deal of good.

At the moment, the arrogance of those with the planetary wealth is one of the major stumbling blocks, as the West has little respect for the knowledge, vision, and passion of impoverished people in developing countries. Our sense of entitlement, and especially our sense of exceptionalism lead us to behave in racist ways and to act without learning how we can most effectively take action.

But this is gradually changing, and I think that we are learning to listen more than we used to.