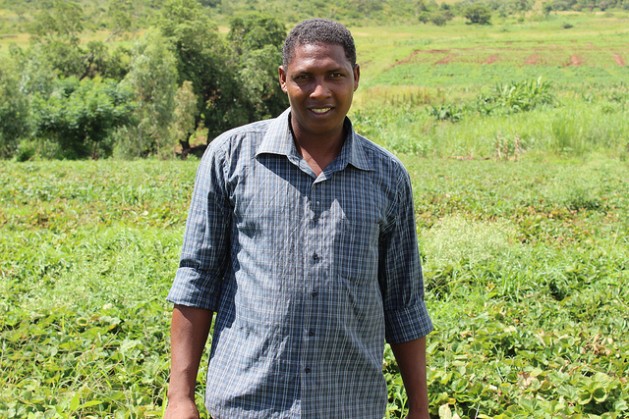 MAPUTO, Mar 12 2014 (IPS) - Some of the technological excellence that revolutionised Brazil’s tropical agriculture is reaching small producers in Mozambique. But it is not enough to compensate for the underfinancing of the sector.

Last year, Erasmo Laldás, a 37-year-old farmer who has worked for 15 years in Namaacha, a village 75 kilometres from Mozambique’s capital Maputo, planted 15,000 seedlings of Festival, a new strawberry variety originated in the United States.

Laldás produced seven tonnes of strawberries, employing eight workers. He sold all his produce in Maputo, and in January was the lead vendor in that market, because there was already a shortage of the fruit in South Africa, his main competitor.

“The fruit is very good quality, it does not require as many chemical products as the South African strawberries and its harvesting season is longer than the native variety that I was growing before,” he told IPS.

Laldás is the first Mozambican producer to benefit from Brazilian and U.S. aid through technical support to the Mozambique Food and Nutrition Security Programme (PSAL).

Created in 2012, the project brings together the Mozambique Institute of Agricultural Research (IIAM), the Brazilian Agricultural Research Corporation (EMBRAPA) and the U.S. Agency for International Development (USAID), to expand production and distribution capabioities for fruit and vegetables in this African country.

First of all, studies were needed to adapt seeds to the local climate.

IIAM received more than 90 varieties of tomato, cabbage, lettuce, carrot and pepper, which are being tested at the Umbeluzi Agricultural Station, 25 kilometres from Maputo.

“The results of the trials are encouraging; we identified 17 varieties that have the desired phytosanitary characteristics, and are ready to be distributed to farmers.

“We are waiting for them to be registered and approved under the seal of Mozambique,” IIAM researcher Carvalho Ecole told IPS, regretting that his country has not registered new fruit and vegetable varieties for the past 50 years.

Fruit and vegetable growing is a key sector for generating employment and income among small farmers, as this produce represents 20 percent of family expenditure, according to Ecole.

“For a long time, horticulture was neglected. When talking about food security the government thought only about maize, sorghum and cassava,” Ecole said. Moreover, “our producers still do not have credit or financing,” he complained.

South Africa is the largest supplier of fruit and vegetables for southern Mozambique. IIAM figures show that prior to 2010, nearly all the onions, 65 percent of tomatoes and 57 percent of cabbages consumed in the cities of Maputo and Matola were South African. And those proportions have been maintained.

As a result, prices are high. A kilo of tomatoes costs between 50 and 60 meticals (between 1.60 and 2 dollars) and onions a little less. When the new varieties that have been tested are available for national small farmers, prices will be lower, Ecole said.

“We need to train and empower local small farmers so that in the years to come they can produce enough to supply the domestic market,” José Bellini, EMBRAPA’s coordinator in Mozambique, told IPS.

Agricultural cooperation is the path chosen by Brazil, ever since the Luiz Inácio Lula da Silva government (2003-2011), to consolidate its development aid policy, especially in Africa.

Embrapa, a state body made up of 47 research centres located throughout Brazil and several agencies abroad, has worked to transfer part of the knowledge of tropical agriculture accumulated over its 41 years of existence to other countries of the developing South. Its office for Africa was installed in Ghana.

But Brazil’s presence in Mozambique became unequalled with the creation of ProSAVANA, the Triangular Co-operation Programme for Agricultural Development of the Tropical Savannah in Mozambique, supported by the Brazilian and Japanese cooperation agencies (ABC and JICA, respectively), inspired by the experience that made the South American power a granary for the world and the largest exporter of soya.

The goal in the next two decades is to benefit directly 400,000 small and medium farmers and indirectly another 3.6 million, strengthening production and productivity in the northern Nacala Corridor.

Brazil is to build a laboratory for soil and plant analysis in the city of Lichinga. Embrapa is training IIAM researchers and modernising two local research centres.

But ProSAVANA is a controversial programme.

Small farmers and activists are afraid that it will reproduce Brazilian problems, such as the predominance of agribusiness, monoculture, the concentration of land tenure and production by only a few transnational companies, in a country like Mozambique where 80 percent of the population is engaged in family agriculture. 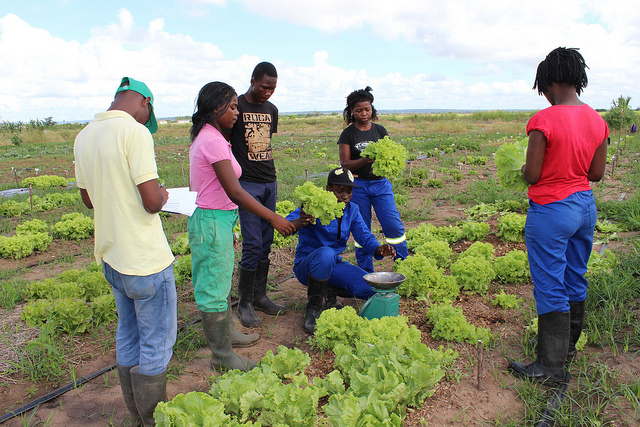 Students at the Agrarian Middle Institute in Inhambane study the development of a variety of lettuce at the Umbeluzi Agricultural Station in Mozambique. Credit: Amos Zacarias/IPS

Supporting the PSAL makes sense in a very different way. It focuses on vegetable growing, and is clearly aimed at small producers and improving local nutrition. But it suffers from limitations of scale and resources.

“We cannot improve our production system without investment. We have taken a giant step, there is more research and technology transfer, but large investments are needed as well,” said Ecole.

Thirty percent of the country’s population are hungry, according to 2012 figures from the Technical Secretariat for Food and Nutrition Security. And nearly 80,000 children under the age of five die every year from malnutrition, according to Save the Children, an NGO.

There is no justification for these figures in Mozambique, which has a favourable climate and plentiful labour for large-scale agricultural production, Ecole said.

Namaacha illustrates the contradiction. It is the only district in the country that produces strawberries. It was able to supply the entire Maputo market, but many producers were bankrupted by lack of credit, said Cecília Ruth Bila, the head of the fruits section in IIAM.

“The small farmers find it difficult to get financing, and our banks do not help much, so producers give up,” she complained.

Nearly 150 strawberry farmers in Namaacha gave up growing them in the last five years because they lacked access to credit, according to information from the section.

Laldás is one of the few to continue. Perhaps that is why his dreams are so ambitious. This year he has asked for 150,000 seedlings to expand his growing area to three hectares, and meanwhile he is seeking financing to put in electricity, three greenhouses, an irrigation system and a small improvement industry.

“It will cost me a total of nearly six million meticals [nearly 200,000 dollars],” he said with optimism.