To date, no U.S. city has approved a tax on sugar-sweetened beverages. Advocates of the tax in San Francisco and Berkeley, California hope they will be the first. But they’ll have to fight the “big soda” industry lobby to do it.

"We don’t want to start a precedent - every time a corporation threatens to put a bunch of money in, we back down.” -- San Francisco Supervisor Scott Wiener

Proponents say the taxes would reduce consumption of drinks that contribute to costly diseases like diabetes. But the American Beverage Association, representing the 141-billion-dollar non-alcoholic drink industry, says the tax would hurt the poor by inflating grocery bills, and argues that the choice to drink sugary beverages should be made by the individual, not the government.

Berkeley and San Francisco residents will vote Nov. 4 on whether to tax sugary drinks.

Dr. Vicki Alexander, MPH, co-chairs the Berkeley Healthy Child Initiative Coalition, the tax measure sponsor in Berkeley. She said sweetened beverages can be even more harmful than cake or cookies.

“When [a sugar-sweetened drink] enters your mouth, it is quickly swallowed and enters the organ that regulates sugar in the bloodstream,” Alexander said at a recent council meeting. “You don’t even have time to feel full. So you drink more – you supersize it. This high sugar content can lead straight to diabetes.”

The ABA spent millions of dollars opposing sweetened-drink tax campaigns in Richmond and El Monte, California, soundly defeating both in 2012.

But Berkeley City Councilmember Darryl Moore said the powerful industry doesn’t scare him. “We were the first community to divest [from South Africa], the first community to have domestic partner benefits, the first to put curb cuts for our disabled community,” he said at a recent city council meeting. “No city has been able to successfully pass a sugar-sweetened beverage tax, but it will happen here in Berkeley.”

“The beverage industry is a bad actor,” Wiener said. “They are going to put a lot of money into the campaign, just like tobacco and big oil put a lot of money in any time we try to do anything in California around taxes or regulations. We don’t want to start a precedent – every time a corporation threatens to put a bunch of money in, we back down.”

Tax measure details won’t be finalised until July. In its present form, the San Francisco measure would tax sugar-sweetened beverages at two cents per ounce; Berkeley’s levy would be one cent per ounce. Sodas, sports drinks, and sugar-sweetened teas would be taxed; the tax wouldn’t include milk and medical drinks, diet sodas and alcohol.

Distributors would pay the tax, which proponents believe would be passed on to consumers. Adding a penny-per-ounce tax on sweetened beverages across the U.S. would prevent 240,000 cases of diabetes per year, according to Dr. Kirsten Bibbins-Domingo, associate professor of medicine, epidemiology and biostatistics at the University of California San Francisco.

The San Francisco measure directs tax funds to nutrition, health and physical activity programmes. The Berkeley coalition is evaluating polling data to decide whether its measure will specify where funds are spent. 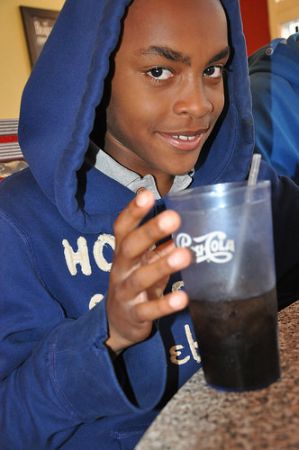 “Being first out of the gate, we didn’t have money,” Ritterman told IPS. “We didn’t have professionals running the campaign. And we didn’t have polling data. A cardiologist turned city councilmember flying by the seat of his pants is what we had in Richmond.”

The beverage industry also got an early start. It established the Coalition for an Affordable City, which sent mailers to San Francisco voters targeting the city’s “rising cost of living, escalating rents, [and] impending evictions,” arguing that instead of addressing housing costs, tax proponents want to make life harder by taxing sodas.

Supervisor Wiener said the mailer used “the very real anxiety around the cost of housing” to attack the tax. “To suggest that a two-penny per ounce tax on soda is even in the same universe as seniors who are losing their housing is pretty specious,” he said.

IPS asked the ABA for comment; they responded by directing this reporter to their websites.

An overarching question is how the Berkeley and San Francisco campaigns will compete, given that, no matter how much money they raise, the industry will outspend them.

San Francisco campaign consultant Maureen Erwin said they’ll depend, in part, on “enthusiastic” volunteers. “Person to person contact is absolutely the best method of getting the message out,” she said.

In Richmond, the beverage industry split the community along racial lines, garnering opposition to the tax from minority city council members and communities by claiming the tax was regressive and would hurt poor Latino and Black communities.

Dr. Alexander, who is African American, told IPS that although seven of the 15 members of the Berkeley coalition steering committee are people of colour, and the initiative is endorsed by the local NAACP and prominent Latino organisations, there is still need for vigilance.

“If they offer a [Black] minister 5,000 dollars for a church garden, would he accept it?” Alexander asked. “We’re prepared for attempts to divide the community.”

Another argument the beverage industry used effectively in Richmond, and the Coalition for an Affordable City is using in San Francisco, addresses the issue of personal responsibility.

“When it comes to our food and beverage choices and the choices we make for our families, we don’t need the city government’s input,” the Affordable City SF website says. “It should be up to parents to make responsible choices for their children. A beverage tax is no substitute for parental responsibility.”

But Sara Soka, consultant to the Berkeley pro-tax coalition, told IPS that while people have nominal choice about what they drink, “pervasive marketing from the beverage industry has made having a real choice a lot harder for all of us, especially kids and their parents.”

The beverage industry ads target children – especially children of colour, she said, adding, “About two-thirds of California teens drink one or more sweet drinks each day. And cheap drinks don’t help. A sugary drink tax is one way we can fund programmes that raise awareness for kids and parents.”

But Ritterman said understanding the tactics and messages big soda used in Richmond and El Monte, the Berkeley and San Francisco campaigns will “inoculate the public to what’s coming and take the power out of the beverage industry message.”