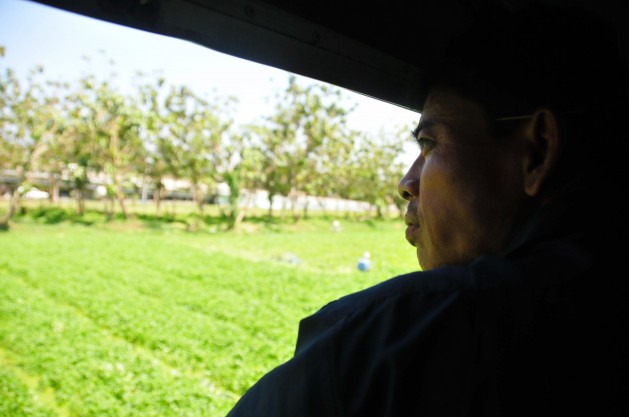 YANGON, May 6 2014 (IPS) - Between 2008 and 2013, when Myanmar remained largely closed off to the rest of the world, it suffered a terrible toll at the hands of nature that remained largely unknown.

In those five years, the country of 60 million suffered at least eight major natural calamites that killed more than 141,000 people and affected 3.2 million.

Myanmar is still covered with some of the most pristine jungles in East Asia, but the deforestation rate is alarming.

Myanmar has been vulnerable to increasing extreme weather events like many of its neighbours. But as the Disaster Risk Reduction Working Group of Myanmar noted in an extensive analysis last year of the nation’s disaster preparedness levels, the dangers have been amplified because the country has been slow to take remedial measures against changing climate patterns.

The East Asian country’s ranking 167 out of 176 countries surveyed by The Global Adaptation Institute “is as much a reflection of Myanmar’s exposure to climate change as it is of the country’s low capacity to manage climate risks,” the report said.

Such under-preparedness comes at a terrible cost. The same report found that over 2.6 million people live in areas vulnerable to natural disasters ranging from cyclones in the south to earthquakes in the north.

Since the reformist Thein Sein government took office in May 2011, there has been renewed attention to put in place measures that will help the country meet the challenges posed by changing climate patterns.

“I think the government is pretty serious about taking action on this, they know how important it is,” Helena Mazarro, the focal point for disaster risk reduction in Myanmar at the United Nations Office for the Coordination of Humanitarian Affairs (OCHA) told IPS.

In June 2013 the government unveiled the new Disaster Management Law and the National Natural Disaster Preparedness Working Committee under the President’s Office. A new building code is being formulated to make sure the current building boom does not undermine standards and put more people at risk.

On Apr. 1 this year a total ban on exporting of unprocessed timber was put in place to bring about controls on logging.

Mahasen caused limited damage and around 200 deaths. More than 120,000 persons were evacuated from the cyclone’s path in the western Rakhine region before the storm made landfall.

Pieczkowski said that after Mahasen the government carried out further evaluation of its disaster preparedness levels.

But despite the new disaster management law, coordination with the government and various non-governmental agencies is yet to be streamlined. While the international agencies tend to be structured along clusters working on different areas like emergency shelter or water or sanitation, the government still does not have such a structured approach, the OCHA’s Mazarro said.

The main government agency that coordinates relief and preparedness work is the Ministry of Social Welfare, Relief and Resettlement. “We are trying to bring clarity to such coordination and further enhance the disaster management laws. It is a work in progress,” the OCHA official said.

Jaiganesh Murugesan, a disaster risk specialist with UN-HABITAT told IPS that while at the national level preparedness levels had improved, rural areas still lag behind. “The focus should be on long-term risk reduction while preparedness is essential for immediate work,” he said.

Peeranan Towashiraporn, director at the Asian Disaster Preparedness Centre (ADPC) said that lack of resources was a major concern given the list of vulnerabilities the country faces.

“Different geographical areas of Myanmar face different kinds of risks. The Delta region, as we have seen from Cyclone Nargis, could suffer from the impact of cyclone and coastal flooding. Rakhine state in the northwest is facing threats of cyclones, river and coastal flooding, earthquakes. The central plain along the Irrawaddy River faces not only the risk of flooding, but also earthquakes.”

Towashiraporn said that the new building code which takes into account threats posed by earthquakes and storms, would need to be implemented strictly to be effective.

Myanmar is still covered with some of the most pristine jungles in East Asia, but the deforestation rate is alarming. About half of the country is still covered in forest, but Myanmar could be losing 466,000 hectares of forest a year if not more, according to the United Nations Programme on Reducing Emissions from Deforestation (UN-REDD).

Between 1990 and 2005, its forest cover reduced by 18 percent. Many experts say deforestation has accelerated due to commercial logging and firewood extraction for domestic use.

The timber export ban that came into effect in April is partly aimed at controlling illegal logging. In the 12 months prior to the ban, export earnings through timber were estimated to be above one billion dollars, up from the average annual rate of between 600 to 800 million dollars, according to the Myanmar Timber Merchants Association.

Kevin Woods, the author of the report ‘Timber Trade Flows and Actors in Myanmar: The Political Economy of Myanmar’s Timber Trade’ told IPS that the government was making all the right statements but needed to shore up on implementation.

“The government also has plans to dramatically decrease the quota for cut logs. So far nothing has been implemented to the best of my knowledge, although there is increasing political will to see this through.”